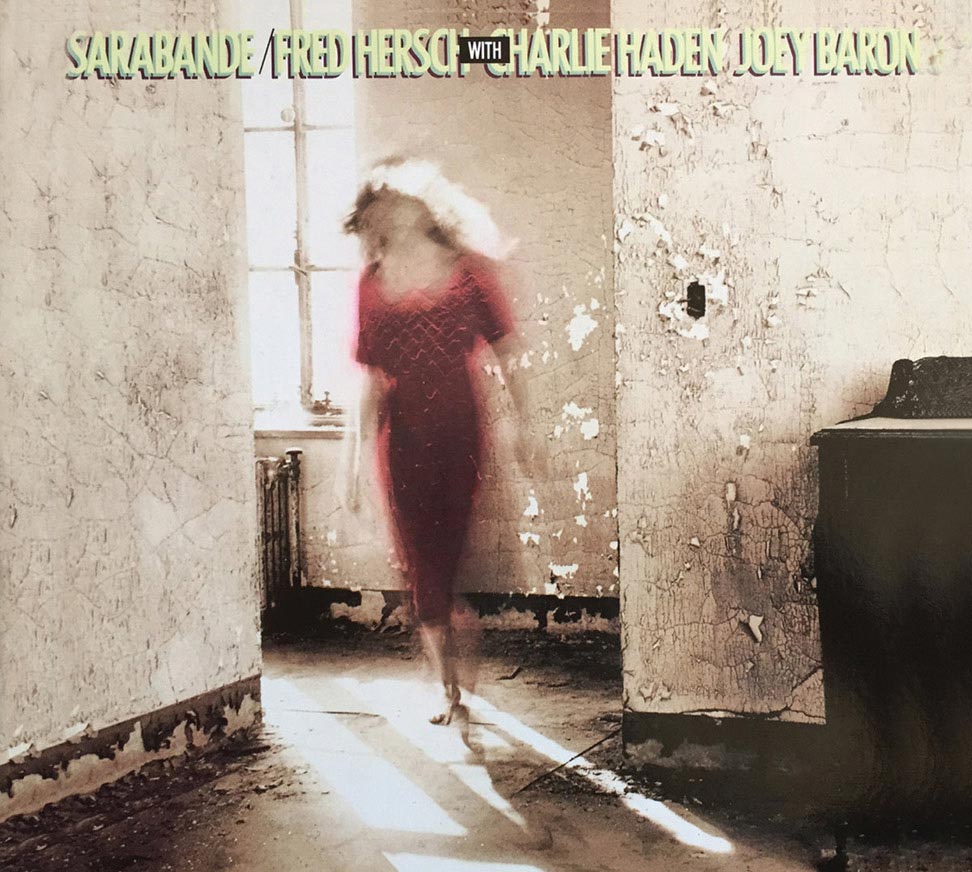 The word “sublime” was coined to describe the collective and individual sensibilities of Fred Hersch, Charlie Haden and Joey Baron. Pianist Hersch had recorded his debut album for Concord at the beginning of 1986 and was casting about for a follow-up project later that year. He had previously performed and recorded with Haden, so he invited the bassist to join him and drummer Baron at his home studio in New York City’s Soho District. This resulted in Sarabande, a spectacular piano-trio album with reads of standards by Rodgers and Hammerstein and Cole Porter, as well as of jazz classics such as Jimmy Rowles’ “The Peacocks” and Bill Evans/Miles Davis’ “Blue in Green.” To mark the 30th anniversary of the session, Sunnyside recently reissued the album. Hersch’s own heartfelt compositions are here, as well, including the radiant “Child’s Song,” a lyrical and affectionate piece dedicated to Haden and our selection. The bassist’s magnificent woody tone is spotlighted during a solo interlude and remains a sturdy counterpoint to Hersch’s sparkling keys throughout. A master of understatement, Baron maintains a subtle shimmer on cymbals that keeps the proceedings moving apace. The album, and the tune, take on added poignancy with Haden’s passing in 2014.