Jazz had another bumper year in 2019 with the London contingent continuing to flourish, adding raw energy to the music, and another jazz mecca to the map, alongside mainstays like Chicago, New York, and L.A. 2020 seems to be following a similar trajectory with a number of U.K acts making the list of musicians to watch out for.

One commonality between many musicians on this list is an exploration of genres beyond jazz, including grime, hip hop, r&b, ambient, electronic, and more. While one cannot simply define jazz music, a prevailing theme throughout all ten artists is their penchant for improvisation and innovation, and a desire to constantly push boundaries and explore new sounds.

Yussef Dayes, a.k.a the drummer with the deepest pocket in South London, has been a key figure in the rise of London’s jazz scene over the years. An experienced musician who has already achieved success with group projects United Vibrations and Yussef Kamal, Dayes has been on the sidelines since 2016’s Black Focus, biding his time before he re-enters the fray with new material of his own. That time appears to have come, with the drummer releasing his first solo project DUALITY in 2019, alongside Charlie Stacey and Rocco Palladino. Everything from U.K. grime, West African polyrhythms, all the way to J Dilla’s swinging syncopation appears in his drumming, which is also rooted in years of study under the legendary Billy Cobham. Keep an eye out for his debut album in 2020 as well as a joint album with pop sensation Tom Misch.

Angel Bat Dawid had a stellar 2019, breaking out with one of the year’s best albums on the year’s best label, International Anthem. Recorded and overdubbed entirely on her iPhone, The Oracle features Bat Dawid almost exclusively, with a small cameo from South African drummer Asher Simiso Gamedze. Beautiful lullabies interspersed with passionately off-kilter free jazz feature on the album, which commands the listener’s attention due to the juxtaposition between the lo-fi recording and superior songwriting. As a cancer survivor with a new lease on life, one can only imagine what will come next for Angel as she goes from strength to strength in 2020. 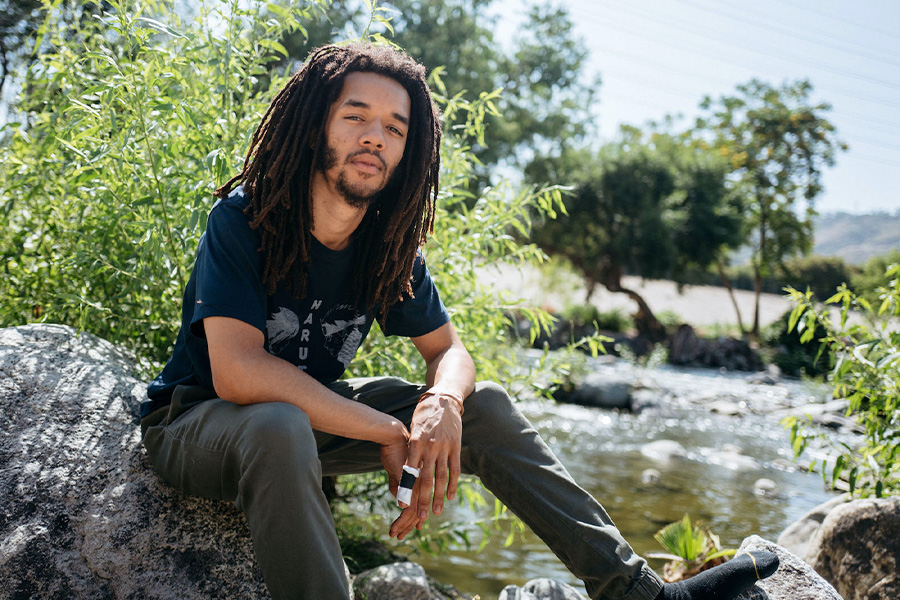 21-year-old pianist Jamael Dean has a bright future ahead. Recently signed to Stones Throw, the musician from Los Angeles has so far collaborated with heavyweights like Kamasi Washington, Thundercat, and Miguel Atwood-Ferguson. On his debut album as a bandleader, Dean has one foot firmly planted in the future, with a refreshingly modern take on the West Coast spiritual jazz sound. Jubilant piano plays alongside hissing soundscapes, haunting vocals, and walking bass on the album opener, Akamara, which sets the tone for the rest of the album. Dean’s sound is sprawling and chaotic, traversing hip-hop, r&b, and ambient while providing the listener with snippets of bliss on the piano throughout.

A long time sideman with fellow Chicagoans such as Makaya McCraven and Art Ensemble of Chicago, Junius Paul began recording his own shows in 2016. He continued to do so until he had Ism, a fully formed album of live material, marking his debut as a bandleader. Traversing free, groove, post-bop, classical, and much more, Paul’s variety of influences ensures he’s forging his own path. His pride in the tradition and lineage of his music, especially in Chicago, through his involvement with the Association for the Advancement of Creative Musicians, ensures he’ll be around for a long time to come.

Moses Boyd effectively started the U.K jazz explosion with his hit single Rye Lane Shuffle in 2016, produced by Four Tet, and Floating Points, two of London’s leading electronic musicians. As a versatile drummer, composer, and producer himself, Boyd draws inspiration from the infectious grooves of Tony Allen’s afrobeat all the way to the raw energy of grime music, while channeling a free-spirited, improvisational approach to his craft. His debut album is out on February 14th on his own label, Exodus, and if the recently released single Shades of You is anything to go by, it will be dark, twisted, and terribly exciting.

Sam Gendel is a multi-instrumentalist who, alongside bassist Sam Wilkes, released one of the most refreshingly beautiful ambient/electronic jazz records in 2018, entitled Music for Saxophone & Bass Guitar. Hailing from L.A., Gendel is known for being prolific, whether that be performing with Brazilian artist Fabiano do Nascimento or backing up singer-songwriter Moses Sumney in his trio. On March 13th, he will release his label debut on Nonesuch Records, which has been described as a “simultaneous sonic construction/deconstruction of well-known jazz standards from Miles Davis, Charles Mingus, and Duke Ellington.” The first single, a take on Mongo Santamaria’s Afro Blue, is a warm but glitchy electronic number, with the instantly recognizable refrain soaring above heavily programmed percussion.

Trumpeter and multi-instrumentalist Emma-Jean Thackray is at ease with writing, producing, recording, and mixing her own EP as much as she is composing for the London Symphony Orchestra. She has been one of the driving forces behind connecting jazz with dance culture, which is evident in her latest track Too Shy, a bristling and energetic track with a synthetic bass line that diverges from her regular preference for the tuba. Her most recent trip to the U.S. saw her whole band denied visas at the last minute, resulting in an off-the-cuff performance alongside ever-able NYC sidemen. With support from influential tastemakers Gilles Peterson in the U.K. and Theo Parrish in the U.S., Thackray is helping to cement the cross-pollination between the two scenes.

Whether laying down bass lines in Jon Batiste’s band on The Late Show, touring with Diana Ross, or being named Lincoln Center’s Emerging Artist in 2019, Endea Owens is making a name for herself in all the right circles. The Detroit native, now based in NYC, leads “The Cookout,” a vibrant sextet featuring Grammy Award-winning trumpeter Linda Briceño, highly respected saxophonist Christopher McBride, and more. The project is known for generating feel-good music with most of their shows ending in rapturous dance sessions. From underground Brooklyn lofts to the dizzying lights of Times Square, be on the lookout for Owens and the announcement of her debut album this Spring. 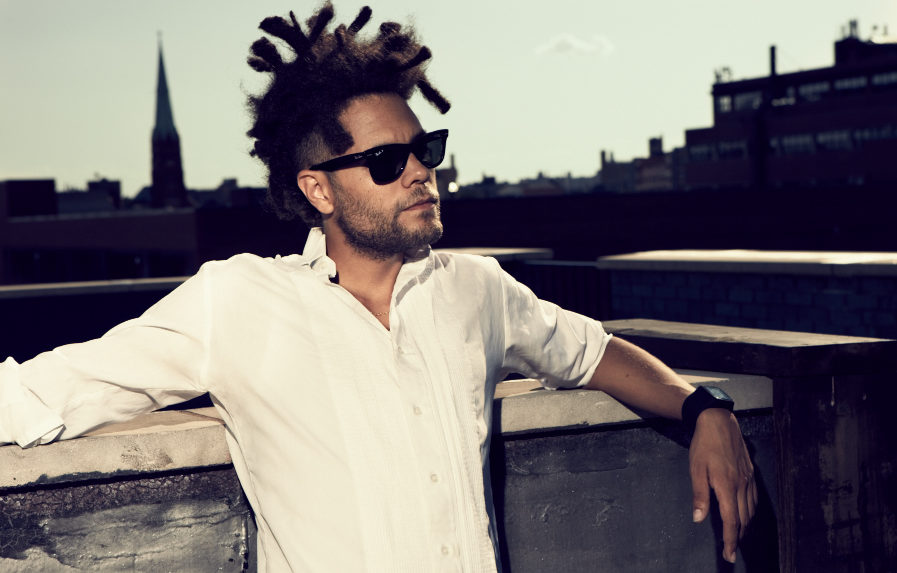 Kassa Overall is a self-proclaimed “backpack jazz producer” who has recently signed to Brownswood Recordings in the U.K. More mobile than a bedroom producer, a backpack producer allows Overall to travel and collaborate with some of New York’s brightest young up-and-comers such as Melanie Charles, Joel Ross, and Morgan Guerin. Based in Brooklyn, Overall pushed to finish his debut album Go Get Ice Cream and Listen to Jazz when his longtime friend and mentor, Roy Hargrove, who features on the record, passed away in 2018. Overall’s swinging drum patterns and weighty 808 kicks nod to contemporary producers like Karriem Riggins and Flying Lotus. His work with jazz stalwarts Vijay Iyer and Theo Croker ensure he’s also part of the contemporary jazz family. Overall’s new album, I Think I’m Good, will come out in February.

A vibraphonist by trade, 21-year-old Sasha Berliner also excels as a composer and, unexpectedly, a B3 Hammond player, as seen on her debut album Azalea, named after her favorite flower and released at the end of 2019. A true coming-of-age album, the material is diverse but unified, with ambient textures and instrumental solo interludes intertwining with contemporary jazz. Socio-political audio samples are sprinkled throughout the record, bringing an urgency to the music, with angular melodies on the vibes mirroring the discontent felt through quotes from Trevor Noah to Kamala Harris to Alex Jones. In addition to performing with her band, Sasha also performs with Tyshawn Sorey, Nicholas Payton, and Warren Wolf. Expect to hear a lot more from Berliner in 2020.