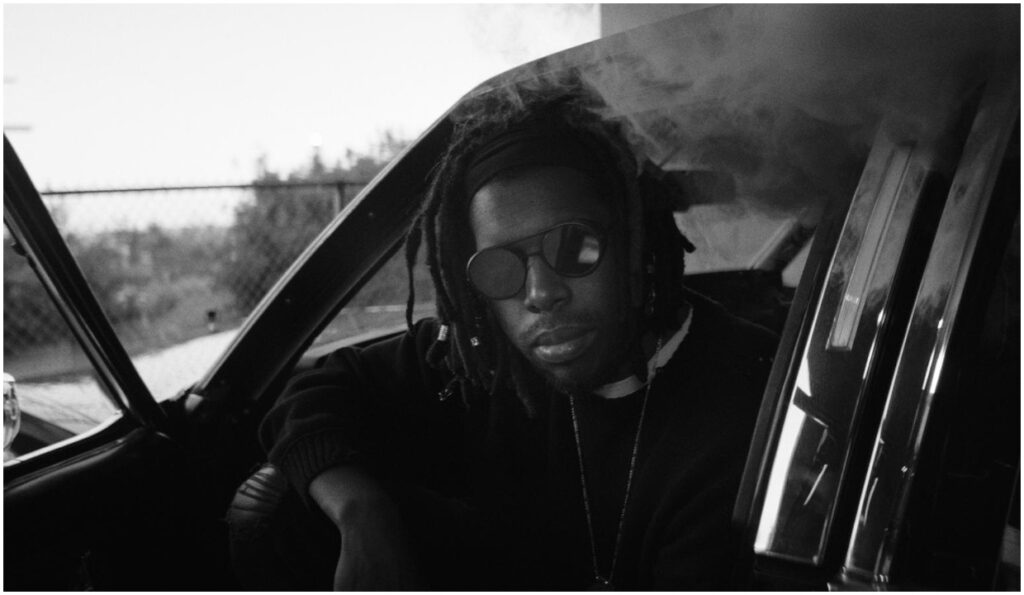 Analog Son “Ugly Mug” Video Premiere: JAZZIZ is happy to present the premiere of the animated video for “Ugly Mug” from Analog Son’s latest album, Funky Mother, released on September via Color Red. The video is directed by Stephen Palladino of Good and Shiddy, with artwork by Ashley Niven, who also lends vocals on the track. It also comes a few weeks after the debut of the Denver-based funk horn band’s new series “Analog Sunday,” which provides fans with a track-by-track behind the scenes look at each song from Funky Mother, and ahead of Analog Son’s December 14 headlining performance at Cerevantes’ Other Side in Denver, Colorado.

Flying Lotus Shares New Video: Flying Lotus shared the brand new video for “Black Balloons Reprise.” The track is from his latest album, Flamagra, released earlier this year. It is also the conclusive part of a trilogy of songs, which includes “Black Balloons” and “The Blackest Balloons.” The video was directed by Jack Begert and follows actor Denzel Curry as he takes a surreal ride through South Los Angeles. It follows two previously shared Flamagra music videos: the David Lynch-directed one for “Fire Is Coming” and the Shinichiro Watanabe-helmed one for “More.” 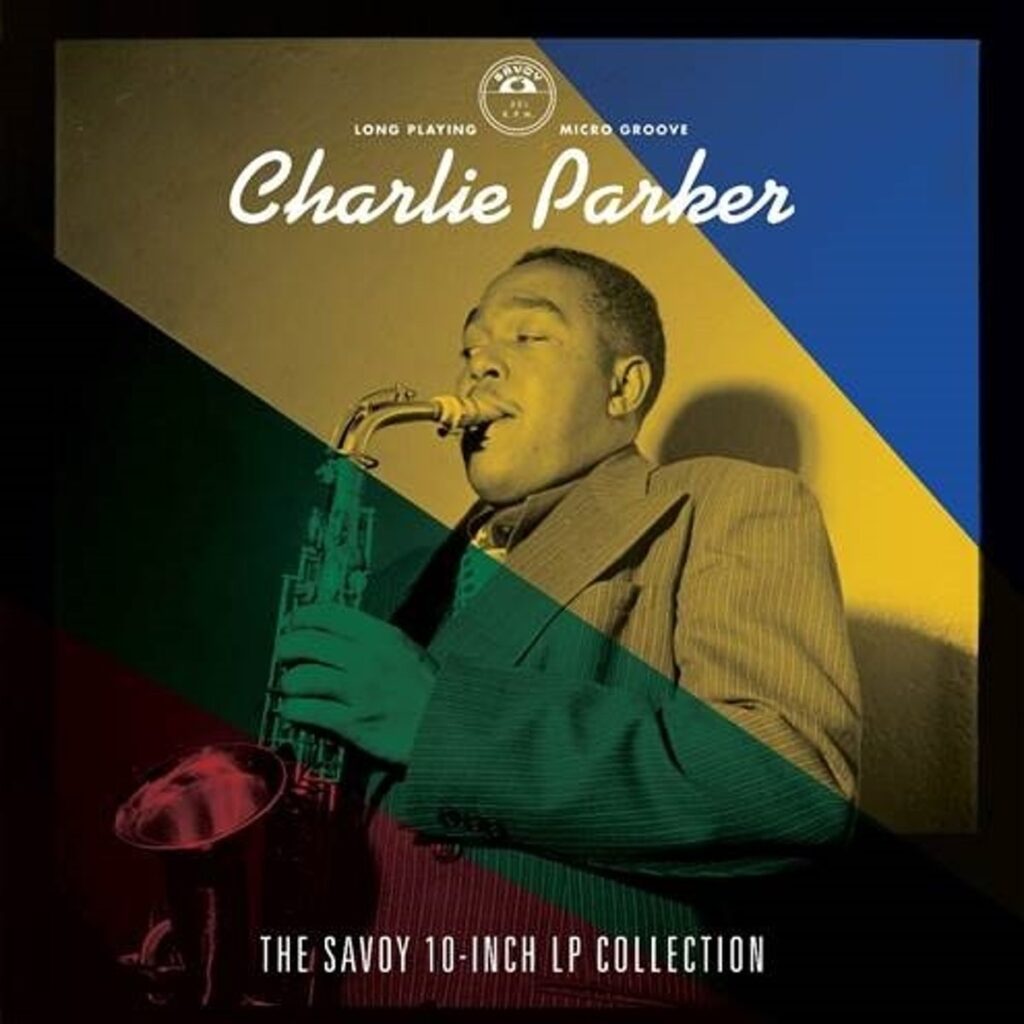 Bass Virtuoso Teymur Phell Releases Debut Album as Leader: Having worked with artists such as Mike Stern, Arturo Sandoval, Randy Brecker and many others, Azerbaijan-born New York City-based electric bass virtuoso Teymur Phell has completed his debut album as a leader. Master Volume was released on November 22 and it combines jazz, fusion and funk with more exotic and personal influences. “This is the record I always wanted to do. It’s one-hundred percent original music,” says Teymur about the album. “There’s something in this record for everyone.”

Neil Shapiro Releases New Book of Jazz Illustrations: Illustrator, author and jazz enthusiast Neil Shapiro is releasing a new book titled The Jazz Alphabet: An Illustrated Look at 26 Jazz Greats, from A-to-Z today (December 6). The book is a collection of Shapiro’s own portraits of jazz greats, accompanied by a quote and a written appreciation. Also included in the book are portraits of two jazz venues: the Green Mill Lounge in Chicago, Illinois, and the Birdland in New York City, New York. 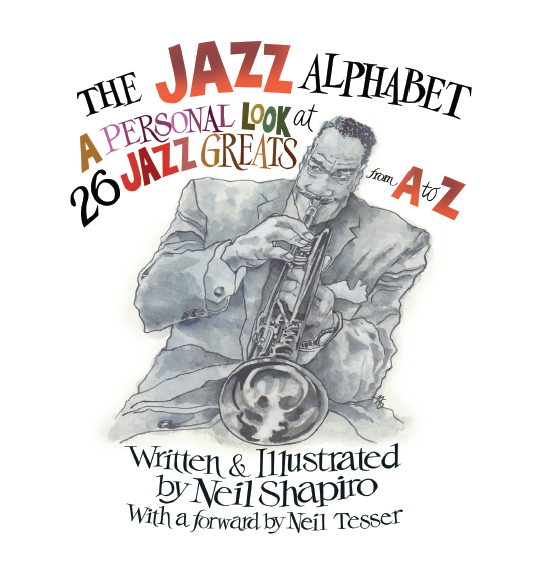 Kassa Overall Announces New Album and Shares New Single: Multi-talented musician/producer/emcee Kassa Overall confronts his experience with mental illness on his upcoming LP, I Think I’m Good, due out February 28, 2020. “I want to show the world that mentally sensitive people are the innovators of our society, and hopefully set a new standard that includes a healthy way of life and embracing our unique perspective on reality,” he explains. I Think I’m Good is his sophomore album and marks his debut LP for London-based label Brunswick Recordings. News of its release is accompanied by the release of its first single, the haunting yet groovy “I Know You See Me,” featuring guest vocals from J. Hoard and Melanie Charles.

Eric Clapton Announces Ginger Baker Tribute Concert: Guitar legend Eric Clapton has announced a tribute concert for his late bandmate, drummer Ginger Baker, who died on October 6 after spending multiple days in the hospital, aged 80. The concert will take place at London’s Hammersmith Apollo on February 17, 2020, and it will focus on Clapton and Baker’s work together in the bands Cream and Blind Faith. Proceeds will benefit Leonard Cheshire, the UK health and welfare charity that aids people living with disabilities. The full lineup of performers for the event will be announced at a later date. 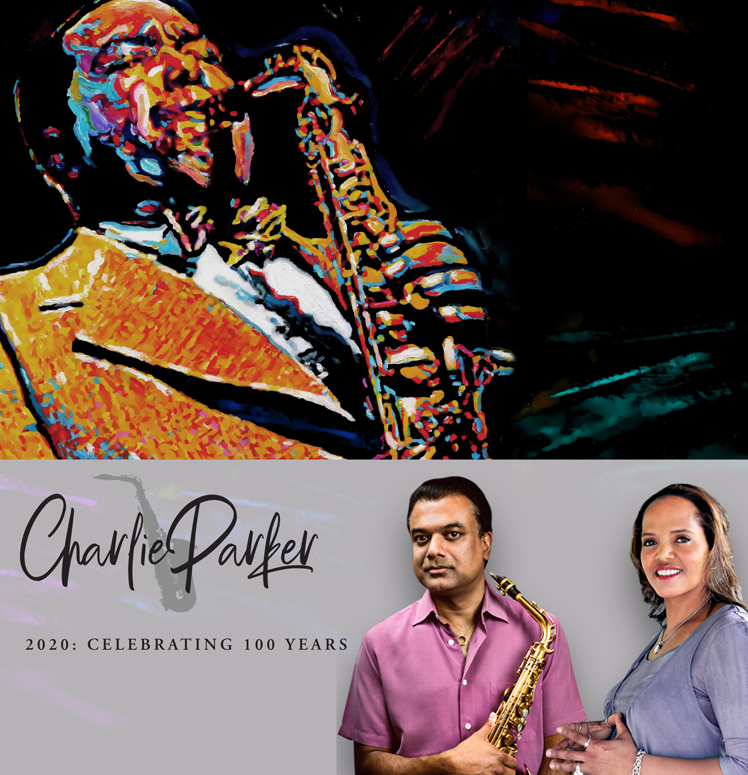 Dimitri Naïditch to “Bach Up” in Paris on February 3: Pianist Dimitri Naïditch will be performing a concert at the Théâtre des Maturins in Paris, France, on February 3, in support of his latest release, Bach Up. This LP was released on November 15 via Dinaï Records/ L’Autre Distribution and features Naïditch’s interpretations of some of Johann Sebastian Bach’s classical masterpieces with new arrangements and jazz improvisations. The pianist has also announced plans for future collections of similar works based on the compositions of Mozart, Liszt, Tchaikovsky and more.

Thundercat Announces Spring 2020 North American Tour: Thundercat has announced dates for his upcoming North American tour of Spring 2020, which is set to be his biggest tour to date. The 26-date tour is currently set to kick off in Vancouver, British Columbia, Canada, on February 28, and end at the House of Blues in Dallas, Texas. It will also include concerts at Webster Hall in New York City, New York, and the Wiltern in his hometown of Los Angeles, California. European tour dates will be announced later this month.

International Jazz Contest “Riga Jazz Stage,” April 1-4, 2020: The International Jazz Contest “Riga Jazz Stage” will be held for the 13th time in the European city of Riga, Latvia, on April 1-4, 2020. The event will be bringing jazz talent from all over the world. They will perform in front of a panel of international judges, who will select winners for the competition’s two categories – “Jazz Vocal” and “Jazz Drums.” The prize pool includes money prizes worth over 7000 euro and concert invitations to jazz festivals and clubs around the world. Drummer/vocalist/composer Jamison Ross has been announced as the event’s artist-in-residence.

Fourth Dimension is drummer/percussionist/composer Brian Shankar Adler’s seventh record as a leader. It is jam-packed with arrested compositions rooted in Adler’s own spiritual upbringing in an Ashram. Joining him on this musical and spiritual journey are some of New York’s top improvisers: vibraphonist Matt Moran, guitarist Jonathan Goldberger, bassist Rob Jost and pianist Santiago Leibson.

Paul Winter Consort & Friends, Everybody Under the Sun: Voices of Solstice, Volume I: The Singers (self-released)

Seven-time Grammy-winning saxophonist Paul Winter and his Consort have been artists-in-residence at the world’s largest Cathedral – New York’s St. John the Divine – since 1980. Everybody Under the Sun: Voices of Solstice – Volume I: The Singers is a new, two-disc anthology that presents a collection of live recordings of 22 guest singers from 13 cultures all over the world that they have performed with over these years. Among the better-known names featured are Brazil’s Ivan Lins and Luciana Souza, American legend Pete Seeger and Procol Harum’s Gary Brooker.

Just in Time: The Final Recording is a brand new live album documenting a never-before-commercially-released concert by drum legend Buddy Rich. Out “just in time” for the holidays, Just in Time documents an exciting set by Rich performed at London’s famed Ronnie Scott’s jazz club in 1986. His daughter, vocalist Cathy Rich, was among the members of his band on this historic date and her new liner notes add a personal touch to this very special release.