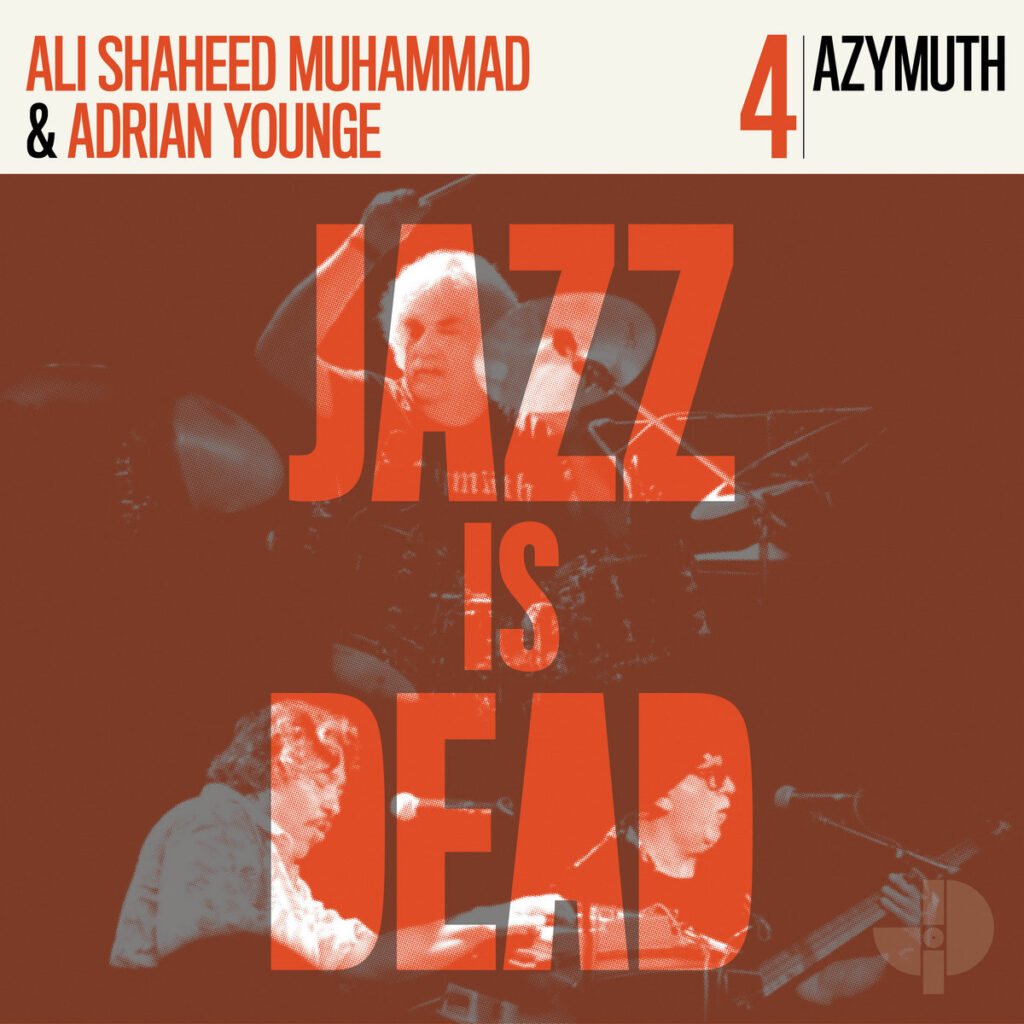 The members of the Brazilian jazz and funk trio Azymuth started out as session players in 1960s Rio de Janeiro, even as they were gaining acclaim on the city’s thriving nightclub scene. The group’s forward-looking aesthetic was apparent from their 1975 debut recording (under the moniker “Azimüth”), as they blended psychedelia with samba and created a trippy, danceable modern variant of Brazilian funk-jazz. In recent years, their music was rediscovered by crate-digging DJs who’ve sampled and remixed their songs, bringing Azymuth’s music to a new generation of listeners. Continuing that trend, the original rhythm team of bassist Alex Malheiros and drummer Ivan “Mamão” Conti, and keyboardist Kiko Continentinho (who stepped in for the late José Roberto Bertrami), teamed up with Muhammad and Younge for a tropicalia-tinged album of atmospheric groove music, the fourth release in the Jazz Is Dead series (JID004). “Fall Afternoon,” our selection, showcases the band’s approach to bossa nova, its breezy melody and gentle rhythms reminiscent of a Jobim classic. As usual, Younge and Muhammad are thoughtful collaborators, adding tinges of wah-wah guitar that lend a bit of edge to the mix, but for the most part allowing Azymuth to enjoy the spotlight.