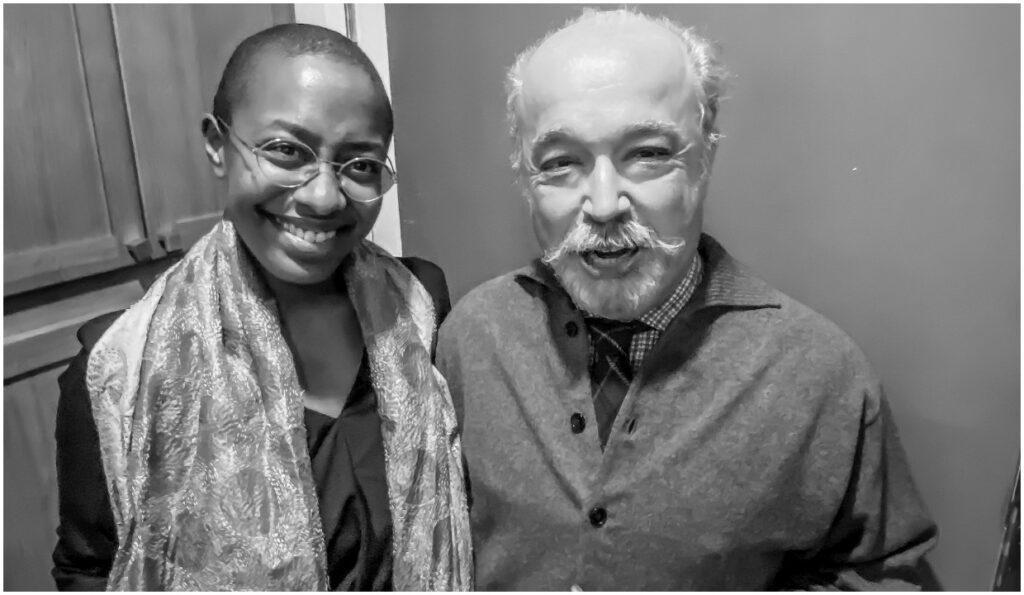 Sylvie’s Love is a new romantic drama directed by Eugene Ashe with music by Fabrice Lecomte. A song version of its main theme closes the movie, sung in French by acclaimed vocalist Cécile McLorin Salvant, who also penned the lyrics. “It was a great pleasure working with her, as her talent and level of perfection is astonishing,” says Lecomte about the collaboration. Sylvie’s Love will be released on Christmas Day on Prime Video. The soundtrack album is due out on December 23 via Lakeshore and “B. Loved (French Version)” is available digitally from today as an instant grat.

Vocalist David Thorne Scott blends jazz and Americana on his forthcoming album, Thornewood, and includes this reinterpretation of Townes Van Zandt’s haunting composition, “If I Needed You,” featuring special guest Paula Cole. Thornewood, due out on January 8, 2021, is also motivated by a desire to pacify the Red State Vs. Blue State thinking of the United States. “I want jazz fans to love the mournful hollow tone of wide-open spaces,” says Thorne Scott. “And I want fans of Americana music to love the electric crackle of city nights.”

Singer/songwriter Jana Herzen will release Live, recorded at New York’s Joe’s Pub with her band before the COVID-19 lockdown, on her Motéma label on March 12, 2021. Its first single is a romantic reggae-swing tune titled “Like a River,” premiering here. “Her reggae skank and melodic soloing on guitar sings out and brings to my mind the great Ernest Ranglin,” says album producer/bassist Charnett Moffett. Live will also be released on limited edition gatefold vinyl on June 11, 2021.

Mike Bono, “I’ll Be Seeing You”

Guitarist Mike Bono has shared his tight and bracing take on the Sammy Fain classic, “I’ll Be Seeing You,” which he calls his favorite song of all time. “Because my mom loves the song, it weighs heavily on me when I hear it,” he explains via a statement, “and I’ll never listen to or play this song without thinking of her.” “I’ll Be Seeing You” is also the third single from his upcoming album, Familiar Places, which compiles interpretations of songs meaningful to Bono. The album is due out on January 29, 2021.

The groundbreaking art of multi-instrumentalist/vocalist Doug Carn meets the smooth-flowing production of Adrian Younge and Ali Shaheed Muhammad. The newest Jazz Is Dead release is a compelling blend of styles that is at once modern and timeless, and as Younge puts it, “a testament to [Carn’s] continued legacy and funky contributions to jazz.”

Branford Marsalis showcases his profound understanding of the blues on his original score for the upcoming biographical Netflix film, Ma Rainey’s Black Bottom. “Branford’s arrangements capture not only the cultural and regional DNA in Ma Rainey’s songs but the wit and rage embedded in every note, shout and moan,” says the film’s director George C. Wolfe.

‘Closest To Who I Am’: Cécile McLorin Salvant Reflects on Musical Opportunities Ahead