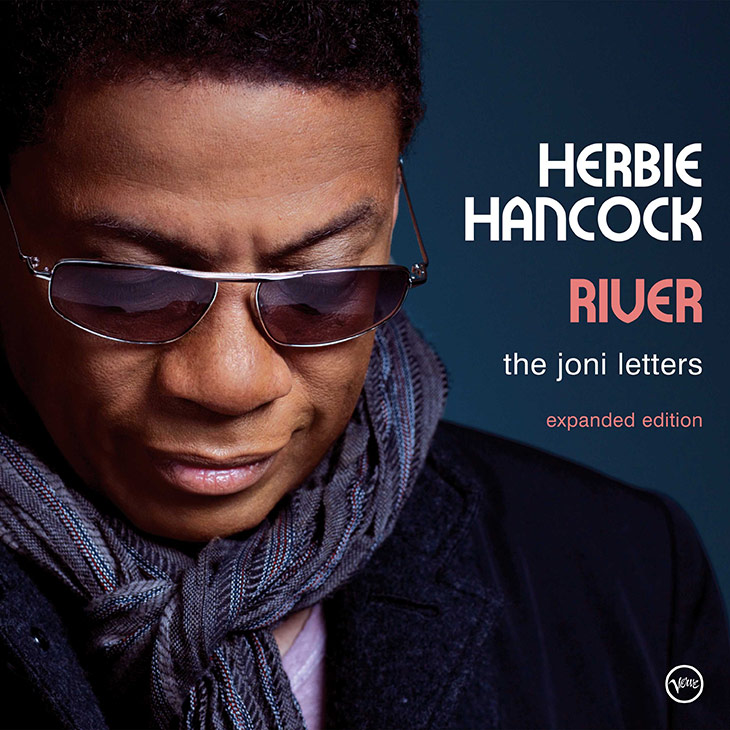 Verve Records/UMe have released a 2CD/digital expanded edition of pianist Herbie Hancock’s River: The Joni Letters. The new edition of Hancock’s tribute to Joni Mitchell, featuring songs composed by or influential to the singer-songwriter, was released in celebration of the album’s first decade and includes four bonus tracks.

River: The Joni Letters made history when it became only the second jazz album to win the GRAMMY Award for Album of the Year, with the first being Stan Getz and João Gilberto’s Getz/Gilberto in 1965, 43 years prior. It also won the GRAMMY Award for Best Contemporary Jazz Album and peaked at #5 on the Billboard 200.

Guest vocalists on the album include Mitchell herself, Leonard Cohen Tina Turner, Nora Jones, Corinne Bailey Ray, Luciana Souza, and Sonya Kitchell. The four extra tracks span Mitchell’s expansive career and include “A Case of You” and “All I Want” (featuring Kitchell), “Harlem in Havana” and “Harlem in Havana.”

In addition to the new 2CD/Digital Expanded Edition, the album was released on vinyl for the first time ever on November 2017.

Song of the Day: Joni Mitchell, “Help Me”