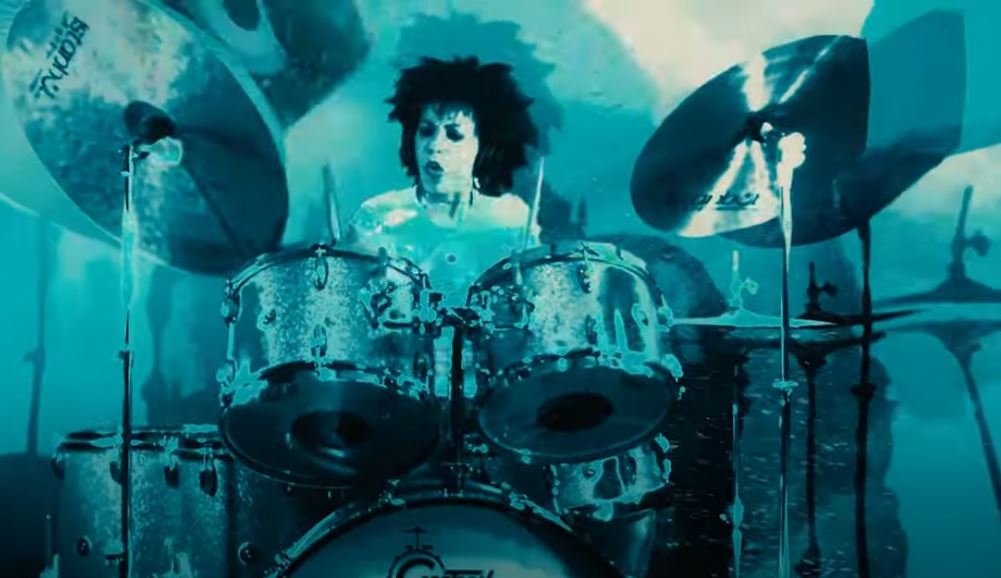 Drum roll, please: Cindy Blackman Santana — the acclaimed jazz drummer and wife of guitarist Carlos Santana — will release a new album, Give The Drummer Some, on September 18, 2020.

Three years in the making, the record has been called a “rapturous testament to Blackman Santana’s unparalleled musicianship and compositional mastery.”  It features 17 tracks (both instrumentals and vocal songs) that take listeners on a rhythmic journey filled with energy, passion, and endless groove.

In an exclusive interview with JAZZIZ, Cindy Blackman Santana called Give the Drummer Some a comprehensive summation of her artistic career, but admits that it’s also the start of an exciting new chapter in her musical life. The record features Carlos Santana (on 8 tracks), John McLaughlin (on 2 tracks), Kirk Hammett (1 track), Vernon Reid (3 tracks) with multiple tracks Produced by Narada Michael Walden, Cindy Blackman Santana & Carlos Santana.

On “We Came to Play,” which JAZZIZ is proud to premiere in the video above, Cindy Blackman Santana creates a gargantuan groove while engaging in a riveting musical conversation with John McLaughin and bassist Matt Garrison.

“Pop, funk, rock, jazz – I embrace the creativity in all of it, and I feel so inspired when I play it,” said Cindy Blackman Santana. “That’s what I wanted people to feel when they listen to the album – inspired. It was a lot of fun to do so many vocal songs on this album.”

And while Give The Drummer Some is very much a drum-centric statement, it also finds Cindy Blackman Santana exploring the role of lead vocalist for the first time. “I am, and always will be a drummer, but it’s also exciting to showcase the singer side of me,” she said. “I want people to have a great time listening to it. I set out to make a record that was fun and uplifting, but more than that I wanted the messages to matter. If people come away from it feeling all that I put into it, then I’ve done my job.”

Song of the Day: Miles Davis, “Right Off”