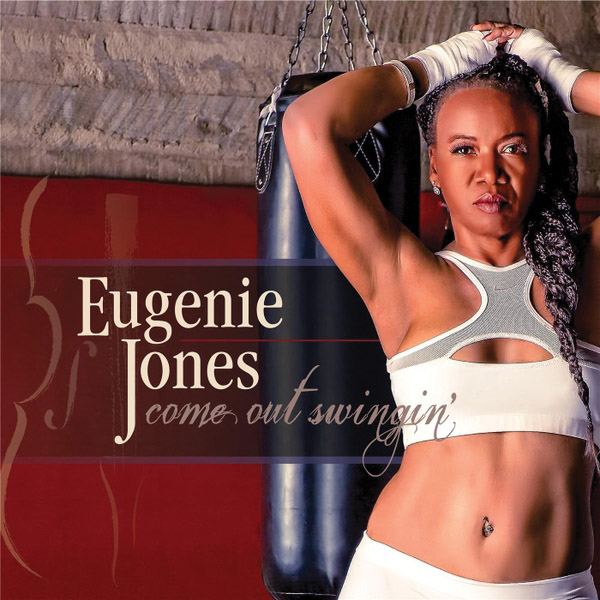 Seattle-based vocalist Eugenie Jones may have been a latecomer to the jazz world, but she displays the seasoned sensibilities of a jazz lifer on her sophomore release Come Out Swingin’ (Open Mic). The follow-up to her well-received 2013 debut album Black Lace Blue Tears, the album more than lives up to its title, showcasing Jones’ smoke-and-satin vocals in settings that float like a butterfly and swing like a night at the Savoy. Beyond her instantly engaging church-trained voice and sharp rhythmic instincts, Jones also happens to be a topflight composer, penning both melodies and lyrics to tunes that are completely at home in the jazz idiom. She also enlisted a superb group of musicians to back her, including pianist Bill Anschell, bassist Clipper Anderson and drummer D’Vonne Lewis. On “I’m Alright,” included here, the singer effortlessly rides an insistent rhythm she says was inspired by the groove of Led Zeppelin’s “Fool in the Rain.” As throughout, Anschell, Anderson and Lewis provide just the right motion and emotion, underlining Jones’ self-affirming declaration of independence.