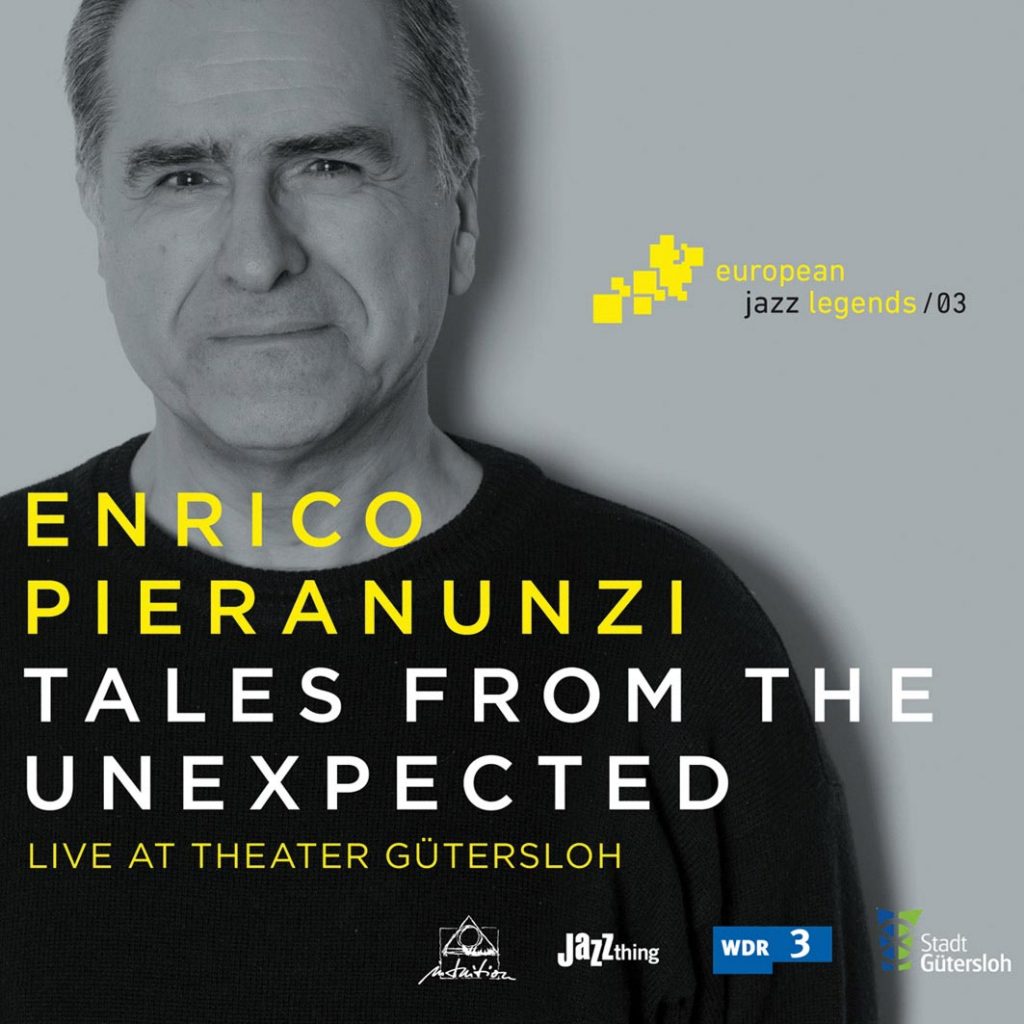 Italian pianist Enrico Pieranunzi is another jazz artist who confirms the vast influence of trumpeter and vocalist Chet Baker. Growing up in his native Rome, Peranunzi, 66, listened to 78s of Charlie Parker, Lee Konitz, Lennie Tristano and, of course, Baker. He couldn’t have imagined that one day he’d perform and record with the American jazz icon, which he did in the 1980s. At that time, Baker guided the pianist toward the deeply emotional and lyrical playing of Bill Evans, which, combined with the epic sweep of McCoy Tyner, forms the linchpin of his aesthetic. His most recent recording, Tales From the Unexpected (Intuition), spotlights Pieranunzi’s mature sound in a trio setting with bassist Jasper Somsen and drummer André Ceccarelli. Captured live at Theater Gütersloh in Germany, the trio perform a set of Pieranunzi’s rich and colorful compositions interspersed with four group improvisations that showcase dazzling technique and compatibility. Pieranunzi revisits tunes culled from his lengthy discography, including the radiant "Anne Blomster Sang," included here. The pianist’s bright voicings suggest a quiet joyfulness, which is bolstered by his ever-sensitive rhythmic cohorts.