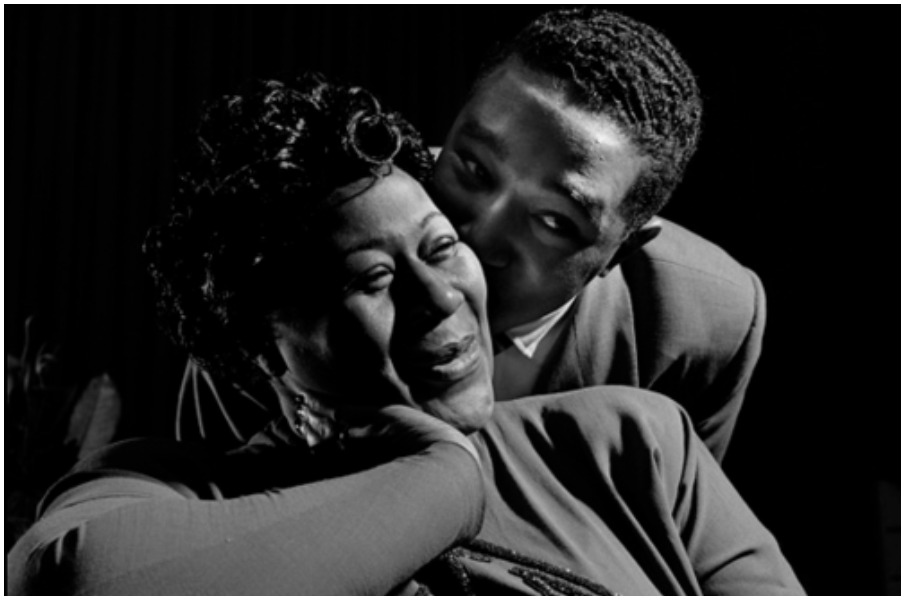 In 1956, producer Norman Granz inaugurated vocalist Ella Fitzgerald’s Song Book series with the album Ella Fitzgerald Sings the Cole Porter Song Book. The records, released on Verve Records, spotlighted composers and lyricists representing part of the cultural canon known as the Great American Songbook. According to The Oxford Companion to Jazz, “the concept was a perfect marriage. Her jazz following was delighted and the vast audiences devoted to the cherished composers of popular song was reintroduced to that music in the exhilarating Fitzgerald mode.”

The success of the endeavor led to seven more Song Book albums, one of which would be dedicated to bandleader and composer Duke Ellington. Ellington would actually be the only composer of the series to be featured as a performer.

Ellington had first met Fitzgerald in the mid-30’s, while she performed at Harlem’s legendary Savoy Ballroom with Chick Webb and His Orchestra. The two would remain friends and collaborators in the years leading up to the recording of Ella Fitzgerald Sings the Duke Ellington Song Book. The recording session began in 1956 and was finished a year later, due to Ellington insisting on perfectly played accompaniments for his longtime friend: “With Ella up-front,” he said, “you’ve got to play better than your best.”

Granz, who had set up the recording and would oversee future Ellington and Fitzgerald collaborations, held the composer in awe and venerated the vocalist. He once told JET Magazine: “I regard Duke Ellington as the outstanding figure in the entire world of jazz. I say this both because of his total impact on audiences and record listeners alike but also because of his great and distinguished contributions to music as a composer and conductor. Ella Fitzgerald is, in my opinion, the best singer in jazz. I consider them the most flexible jazz performers in the world. As a team they are unique.”

Longtime Ellington collaborator, composer Billy Strayhorn, was also featured on Ella Fitzgerald Sings the Duke Ellington Song Book 3-LP set. One of their two new compositions, which appeared on the third disc, was titled “A Portrait of Ella Fitzgerald.” On this track, Ellington and Strayhorn took turns at the piano and in semi-scripted verbal tributes to the First Lady of Song. The 16-minute recording contained various movements that were designed to evoke her through music as well as to salute her.

The success of the recording prompted triumphant and recording encores. Ellington and Fitzgerald performed their work together on April 6, 1958, at New York City’s Carnegie Hall. This would be one of many successful appearances they would make together. Other recordings would include Ella and Duke at the Cote D’Azur, a 1967 live double album recorded at the Jazz à Juan festival at Juan-les-Pins on the French Riviera between June 26 and July 29, 1966, and Ella at Duke’s Place, a 1965 studio album.

On May 24, 1974, Ellington died. Stuart Nicholson writes on his book Ella Fitzgerald: A Biography of the First Lady of Jazz that “Ellington, who had once extravagantly promised to write a Broadway show featuring Ella, was a person whom she respected enormously, not, paradoxically, for his musical achievements but as a fatherlike figure to whom she occasionally turned for sage advice and counsel.” Fitzgerald was asked to sing at his funeral service at New York’s Cathedral Church of St. John the Divine. She chose to sing Ellington’s “Solitude” and a heart-wrenching version of “Just a Closer Walk with Thee.” 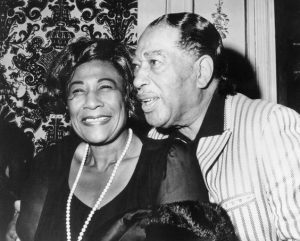