The vinyl renaissance that has gripped the jazz world in recent years — giving rise to an upsurge in deluxe LP box sets and limited-edition reissues — may well have a sage in Elan Mehler.

Mehler, a longtime pianist based in Boston, may not have kickstarted the resurgence of jazz vinyl, but he is certainly among its most sophisticated advocates and savviest purveyors. He is the co-founder  (along with Jean-Christophe Morisseau) of Newvelle Records, a quietly disruptive and aesthetically uncompromising label that produces premium LP box sets on a subscription basis, often in batches of just 500 copies per release. In this role, he brings a forward-looking philosophy to the traditional record production model.

Unlike most labels, Newvelle trades entirely in high-end vinyl — offering no digital downloads or streaming (digital rights are actually given back to the artist after two years). Instead, says Mehler, the focus is on the tactile sensation of experiencing music.

“I think vinyl is answering a question in the music industry that the industry didn’t see coming,” writes Mehler on the Newvelle website, “and that is, ‘How do I reconnect with recorded music?’ With Newvelle, we have recorded some world-class music and we’re releasing it on what we think is the best sounding medium for this music.”

With Newvelle, each new release is issued on a 180-gram vinyl LP, which comes housed in a 400-gram matte gatefold cover. The first season of records, which launched in 2016, featured projects by the pianist Frank Kimbrough, the bassist Ben Allison, the saxophonist Noah Preminger and others. Jack DeJohnette, drummer of Bitches Brew fame, even released a solo piano record — his first. Liner notes came from the archive of Tracy K. Smith, a Pulitzer Prize-winning poet, and cover imagery was provided courtesy CRAF International Award-winning photographer Bernard Plossu, who opened his archives to the label.

Newvelle’s insistence on high-fidelity audio and premium album materials — albums are recorded and mixed at East Side Sound in New York by Marc Urselli and mastered by Alex DeTurk — has helped garner the label a large and devoted following. Subscribers — Newvelle calls the members — can purchase entire seasons of Newvelle releases at once, receiving a total of six albums in an elegant box set. Alternatively, they can subscribe to the label’s current season and receive one record of never-before-heard music every two months. Both options are priced at $400.

Beginning in February, Newvelle’s fourth season of albums includes releases by the saxophonist Gregory Tardy and guitarist Bill Frisell; the pianist Billy Lester; the pianist Kenny Werner; and the cellist Hank Roberts. Preminger will return for his second disc for the label, recording music inspired by the films of his great-uncle Otto Preminger. And Broken Shadows, a relentlessly cutting-edge quartet, will release an album interpreting the music of Ornette Coleman, Dewey Redman, Julius Hempel and Charlie Haden.

“We are building an association of like-minded music lovers, interested in acquiring new music available solely on vinyl,” Mehler says on his website. “Our model treats musicians right and uses the full available canvas of vinyl to make something unique and beautiful.”

Get to know Mehler and his groundbreaking label via the interview below, which has been edited and condensed for clarity. 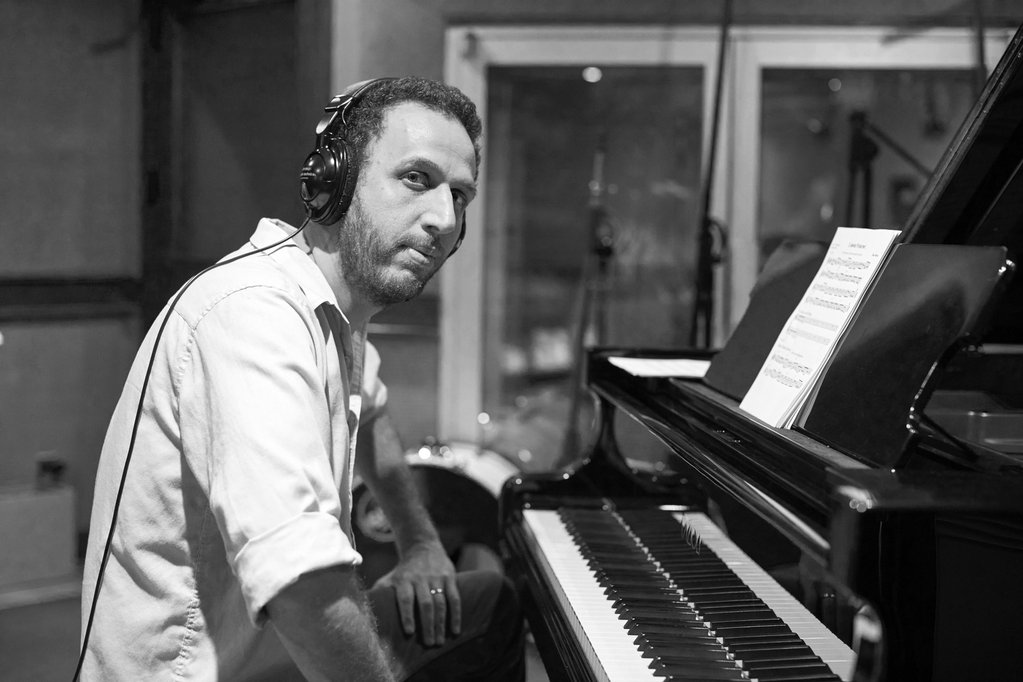 On starting a record label from scratch:

Well, I’m a pianist. And the idea for the company came after I had recorded for a few labels. I was very fortunate to sign with a record label, but the contract that I got was kind of an onerous piece of legislation. It was like a 20-page document. I had to get a lawyer to look at it and everything. And I was looking at this model, I started thinking, Well, this doesn’t really seem to work for anybody. So the idea became, How do I make a record label with a one-page record contract?

At the same time, I was looking at the recent vinyl boom and the ways people are investing in music today. And it occurred to me that I could make a record label that released exclusively on vinyl, without doing any digital at all. That’s how we decided to give the digital rights back to the artists after two years. They own them at that point, and they can go to do whatever they want to do with those rights, even make their own records.

I was living in Paris at the time and teaching piano lessons. Jean-Christophe actually wanted to learn blues piano (laughs). We went out to lunch for a lesson one day and told him what I was thinking about for the label, and his eyes just lit up. He’s been working in technology for 20 years and comes from a luxury brands background. So he really pushed the luxury aspect of things. He said that if we were going to do this right, then we could cut no corners. We had to go high-end with everything. My original business plan was like a Word Doc, pretty laughable, actually. Back-of-a napkin-type stuff. And he helped me flesh out a real business plan and structure. Then, we hit the ground running.

The first guy I reached out to was [pianist] Frank Kimbrough. He was my teacher at NYU in the late ’90s, and we’ve stayed in touch ever since. When I first reached out to him, things were just getting started. It was before Jean-Christophe was on board, and I really didn’t have any money to spend. But I told Frank that I’d put together his quartet, and he trusted me. His only addition was [trumpeter] Riley Mulherkar, who’s now doing some awesome things with The Westerlies. The music they played was just beautiful.

The other big thing I wanted to do with this label was give artists two full days in the studio, even with cats like Frank, who can practically record an album before lunch. But what I found is that the two days really make the first day special. It’s relaxed; it’s not hurried. No one’s rushing to bang the album out in four hours. On the second day, artists might even invite someone new in, or try something more adventurous.

The first concert I ever went to was a Jack DeJohnette concert. I was 14 years old and my parents took me to see the Gateway Trio [with guitarist John Abercrombie and bassist Dave Holland]. This was at the Regattabar in Boston, and Jack played some piano in this group.

So all these years later, I reached out to him like I was writing a fan letter, like through the ‘Contact Me’ form on his website. I told him what I was trying to do and let him know that I was interested in having him do a piano record. And his agent wrote back to me the next day and said Jack was interested. We had dinner later that week. He said yes on the spot, and that was huge for me. He’s an icon and a legend.

He took it seriously, too. He said he wanted to use a Fazioli piano, and I told him, “OK, let me see if we can do that.” And he was like, “No, not a Fazioli. I have a particular Fazioli in mind.” And we got it. We had a tuner who re-worked the action with Jack to his exact specifications. Two months prior to the recording, Jack would come in to play that piano for four to five hours every day, just getting to know it. When we finally recorded, it was like turning on the tap. He played piano for nine hours that first day, and then again the second day. It was very inspiring.

On including original poetry, short stories and photographs with each album:

I didn’t want to publish traditional liner notes, that much I knew. Because when liner notes are good, they can be really good. But when liner notes are bad, they’re atrocious. With vinyl, we had all this real estate, and we wanted to do something really cool with it. So we started reaching out to artists, and the first person to come on board was Bernard Plossu, who loved the musicians we were working with. He gave us his archive and basically said, “Have at it.”

[The bassist] Ben Allison recommended the poet Tracy K. Smith for the first season. She’s now the Poet Laureate of the United States, and at the time she had just won the Pulitzer. We reached out to her and was super supportive, and basically gave us whatever we wanted to use from her archive.

Rather than have the literature be subservient to the music, or to the photos, it’s more like we have three separate streams for the artwork. And they end up connecting in interesting ways. You’ll find a cool frisson whenever the text and the art and the images intersect— at least I do (laughs).

On why subscriptions are the future:

I think the thing that really clicks with his vinyl renaissance is the tactile aspect — the feeling in your hand, the needle in the groove. All the intangibles of a tangible thing (laughs). With a subscription, it’s not just the one product — the 12-inch by 12-inch gatefold cover. Now you have six of them, and you have a much bigger story. You have the literature and the liner notes, the short stories and poetry — it becomes a much broader canvas.

And with a subscription, you can take a lot more chances. It allows me to produce records by artists that I admire greatly, which means my decisions aren’t always dictated by the bottom line.

On how you can become a Newvelle member:

We’re just releasing the fourth season, which is really exciting. And if you go to our website and click Shop Newvelle, you’ll be able to sign up for all our seasons. With Seasons 1, 2 and 3, the whole season will be sent to you as a box set. If you sign up for Season 4, you’ll get one record every two months along with a collector’s box that you can fit the records into. The visual artist Hery Paz made an incredible series of paintings specifically for this series.

For more information on Newvelle Records, visit the label’s website.