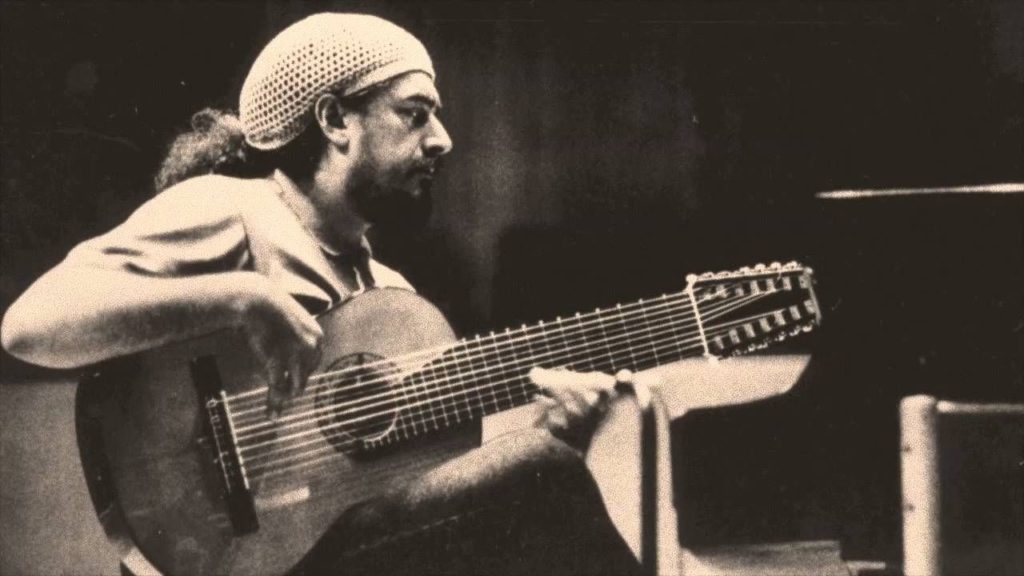 Composer Egberto Gismonti was born on this day in Rio de Janeiro, Brazil, in 1947. A musical prodigy, Gismonti enrolled in his first conservatory at age 6, and would eventually go on to study contemporary classical music in Paris with apprentices of Anton Webern and Arnold Schoenberg. Originally a pianist, Gismonti taught himself to play guitar as an adult. As he became more proficient, he began to design his own guitars. Many had more than six strings to better replicate the range of the piano keyboard.

“Loro,” from Gismonti’s 1981 album Sanfona (ECM), is considered among the best of his recordings with the ensemble Academia de Dancas, featuring Mauro Senise on woodwinds, Zeca Assumpção on bass and Nene on percussion. There’s an undeniably festive feel to the musical proceedings, but the playing is nonetheless executed with precision, virtuosity and grace.