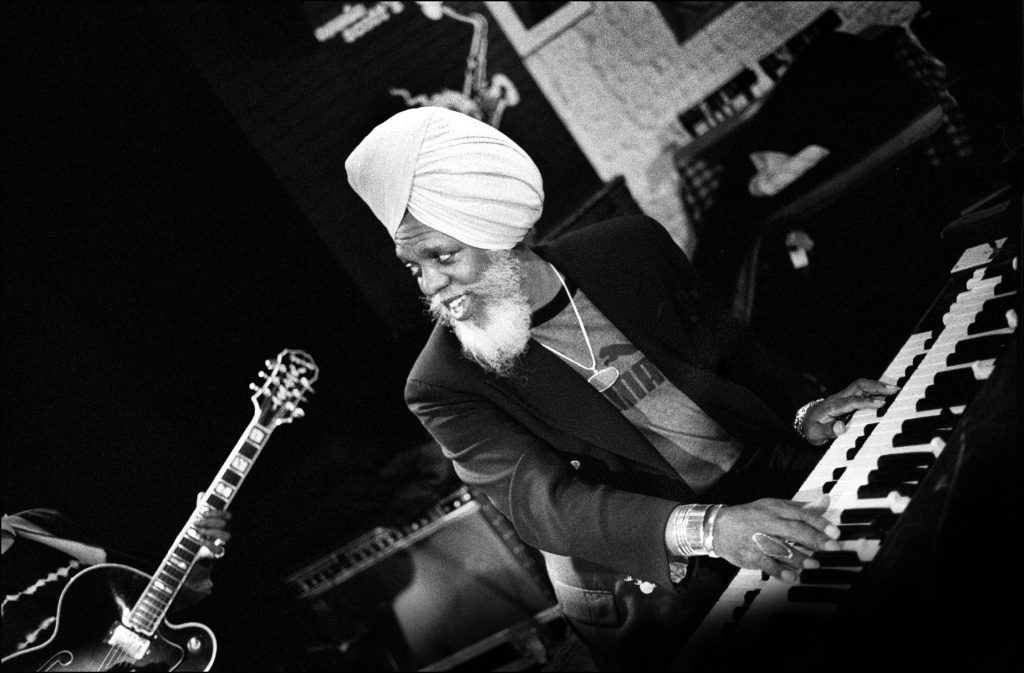 Dr. Lonnie Smith, a master of the Hammond B-3 organ and one of the earliest purveyors of soul jazz, was born on this day (July 3) in Lackawanna, New York, in 1942. He turns 73 today. Neither a medical professional nor a Ph.D. holder, Smith is called “Dr.” for the way he can doctor up a tune with funk riffs and grooving solos. His style draws influence from the music of James Brown, Wilson Pickett, Ray Charles and other soul pioneers, but he brings a heavy dose of jazz harmony to everything he touches, and the result is sophisticated jazz that grooves like no other.

Growing up in a musical family with roots in gospel and R&B, Smith cut his teeth in the Buffalo, New York, scene of the 1950s and ’60s, and it was there that he came to forge a strong bond with fellow Buffalonian Grover Washington, Jr. In 1966, Smith moved to New York City and immediately fell into the city’s vibrant soul jazz scene, eventually forming a quartet with guitarist George Benson. After a brief stint as a sideman with saxophonist Lou Donaldson and others, Smith charted out on a career with Blue Note Records that would see him release nearly 30 records with the label. Think!, his leader debut for the label, is one of his best. Among its many highlights: this cover of Aretha Franklin’s “Think!”