Features
4 days ago
by Matt Micucci
0 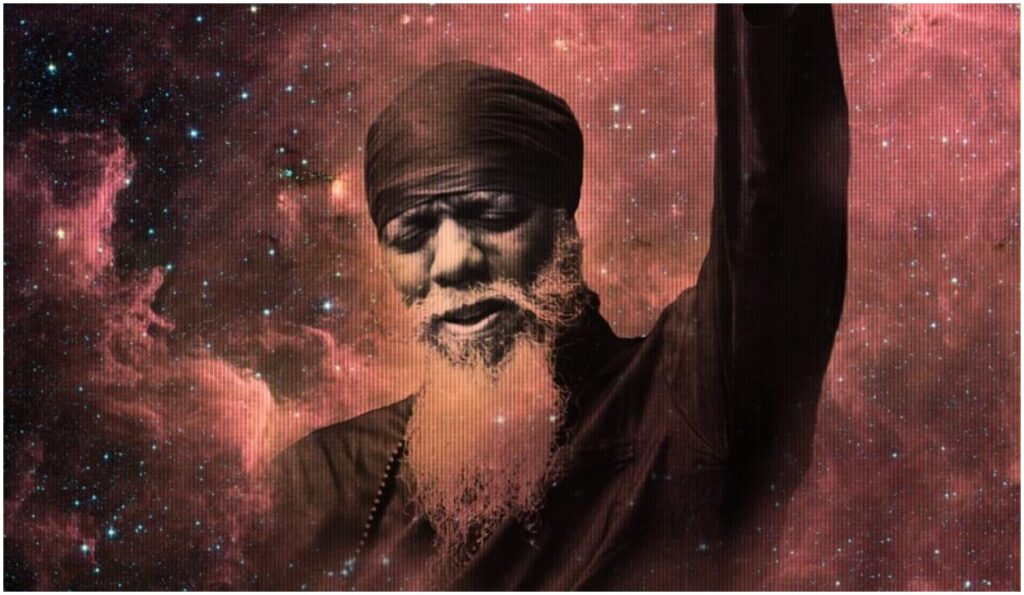 Charles Lloyd & The Marvels Cover Leonard Cohen: Charles Lloyd & The Marvels have released their cover of Leonard Cohen’s song “Anthem” as the new single from their forthcoming album, Tone Poem, which will be released on March 12 as the legendary saxophonist’s sixth Blue Note album since returning to the label in 2015. Preorder it here. This will also be his first album with The Marvels not to feature vocalists. “Anthem” is the second single to be revealed from Tone Poem, following a rollicking version of Ornette Coleman’s “Ramblin’.”

Michelle Williams Cast as Peggy Lee: Actress Michelle Williams has been cast as trailblazing singer/songwriter Peggy Lee in a forthcoming biopic. The movie is to be titled Fever, after one of Lee’s most iconic hits. It is based on a Nora Ephron screenplay, which was shelved after her death in 2021, and will be directed by Todd Haynes. Williams previously worked with Haynes on the Bob Dylan-inspired movie, I’m Not There from 2007.

Jacob Collier Renews Publishing Agreement with Concord Music Publishing: Concord Music Publishing has announced the renewal of the worldwide publishing agreement of Jacob Collier, and will include the multi-instrumentalist/composer’s full catalog and future works. “I can think of no greater guardians and partners for my musical journey,” said the multi-GRAMMY winning artist. Collier’s latest album, Djesse Vol. 3, was released last year as the third part of a four-part album series representing his shifting sound, style and space. Order it here.

Leni Stern Shares New Single: Guitarist/vocalist/composer Leni Stern is known for her unique blend of traditional West African styles and American jazz. “Yah Rakhman” is a prayer song and new single from her upcoming album Dance, which will be released later this spring. The track contains a somber mood, but Stern’s soothing vocal melody brings it to an uplifting and hopeful place. “I am always touched by how much people have in common, how people from all corners of the world share the same sentiments,” says Stern via a press release.

Dr. Lonnie Smith, Breathe (Blue Note): Legendary Hammond B-3 organist Dr. Lonnie Smith will release Breathe, his third album of dynamic music since his 2016 return to the Blue Note label, featuring him with his steady trio with Jonathan Kreisberg and Johnathan Blake, as well as an expanded septet and guest vocalist Alicia Olatuja. Six of the tracks were recorded during the NEA Jazz Master’s 75th birthday celebration at the Jazz Standard in New York City in 2017 and the remaining two are captivating studio collaborations with rock icon Iggy Pop. Preorder Breathe here.

Sound Prints, Other Worlds (Greenleaf): Sound Prints, the quintet co-led by saxophonist Joe Lovano and trumpeter Dave Douglas, and inspired by Wayne Shorter’s fearlessly inventive spirit, are set to return with a new album of all-original music. Other Worlds, out n May 7 was recorded just days after their weeklong run at the Village Vanguard in January 2020 and most of it is a first take. This is thanks in no small part to the bandstand chemistry of their multigenerational lineup with pianist Lawrence Fields, bassist Linda May Han Oh and drummer Joey Baron. 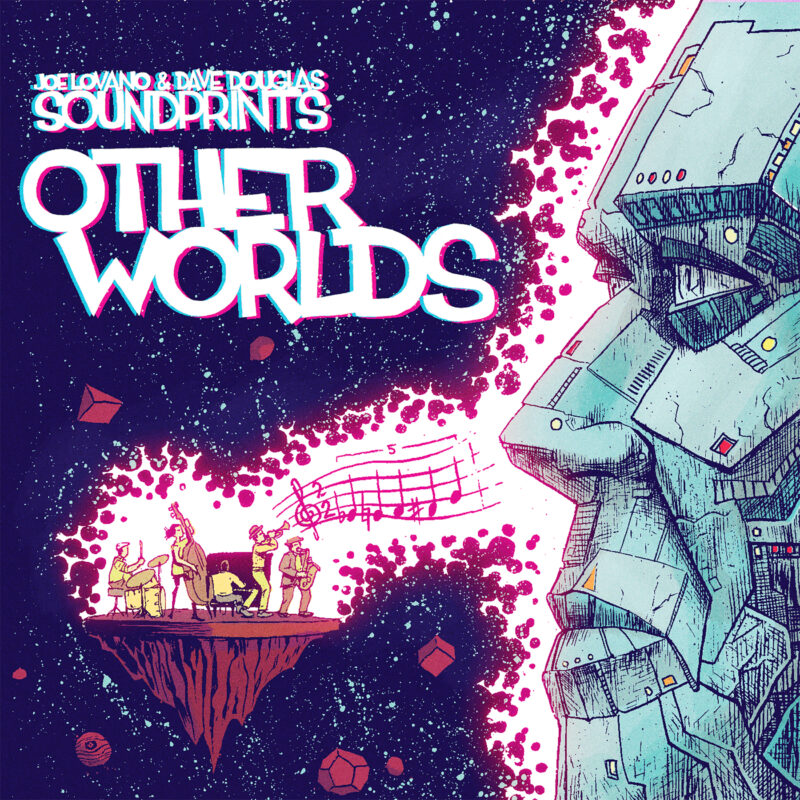 Pat Donaher, Occasionally (self-released): Boston-based alto saxophonist/composer Pat Donaher’s fourth album as a leader, Occasionally, features new pieces written mainly to commemorate specific occasions. “This is the first album I’ve made that focuses more on compositions than improvisations,” he writes in his liner notes. The music on the album, due out on April 9, is performed with a top-tier sextet with Jason Palmer, Carmen Staaf, Tim Watson, Tony Scherr and Allison Miller. 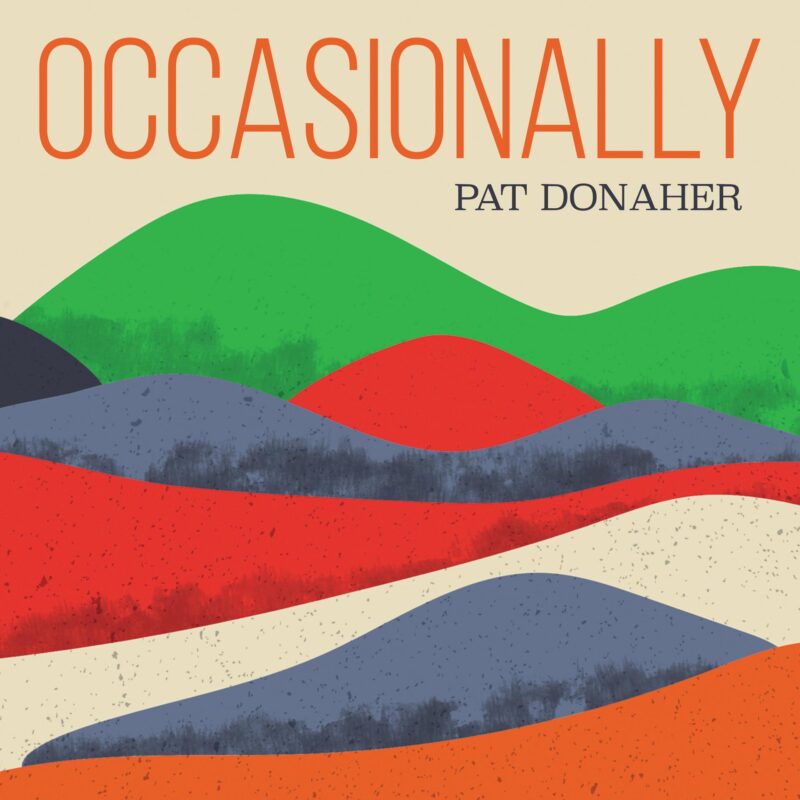 Alvin Garrett to Open 56th Selma Bridge Crossing: Songwriter Alvin Garrett will perform his poignant song, “It Starts in the Heart” from his 2020 album The Awakening, as the opening of the 56th annual Selma Bridge Crossing. This is one of the largest Civil Rights Commemoration events in the world and it will take place on March 7 as a virtual event this year in response to COVID-19. Garrett has also recently released a new album, The Lightness of Love, earlier this month.

Maria Schneider and NEC Collaborative Music and Business Residency: New England Conservatory’s Jazz & Entrepreneurial Musicianship programs present Grow Your Art, a week-long music and business residency with groundbreaking composer/bandleader Maria Schneider, including a pitch night, as well as masterclasses, workshops and panel discussions on the music business and entrepreneurship. The event will culminate in a concert with the NEC Jazz Orchestra. Grow Your Art takes place on March 2-4, and the pre-taped concert video will be broadcast on March 10. All events are free and open to the public virtually. Click here for more.

Cowboys & Frenchmen New Video Album Premiere: Acclaimed ensemble Cowboys & Frenchmen – with saxophonist/co-founders Ethan Helm and Owen Broder, pianist Addison Frei, bassist Ethan O’Reilly and drummer Matt Honor – will premiere their video album Our Highway on February 26 via Live from Our Living Rooms. Recorded live at SubCulture in New York City, the video album juxtaposes high-def footage of the band onstage with beautifully shot footage taken during a cross-country tour. The premiere will be followed by a Live Q&A with the band members. Click here for more.

2021 DCJazzPrix Applications Launched: The DC Jazz Festival has announced that applications are now live for its annual international jazz band competition, DCJazzPrix. The application deadline is April 27 and potential applicants can click here to find guidelines and submission requirements. “DCJazzPrix is unique in that it aims to identify and showcase emerging and exceptional jazz band talent from an international perspective,” said Sunny Sumter, DCJF Executive Director, adding, “DCJazzPrix is designed to help launch and further promote the careers of emerging jazz ensembles who are committed to sustained and creative band development and performance opportunities.” 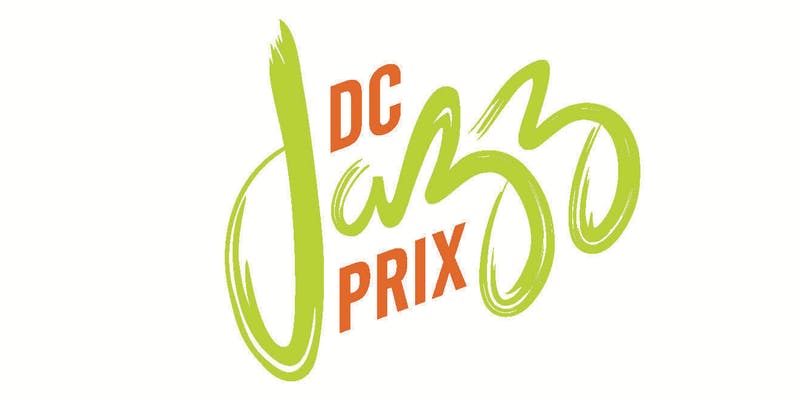