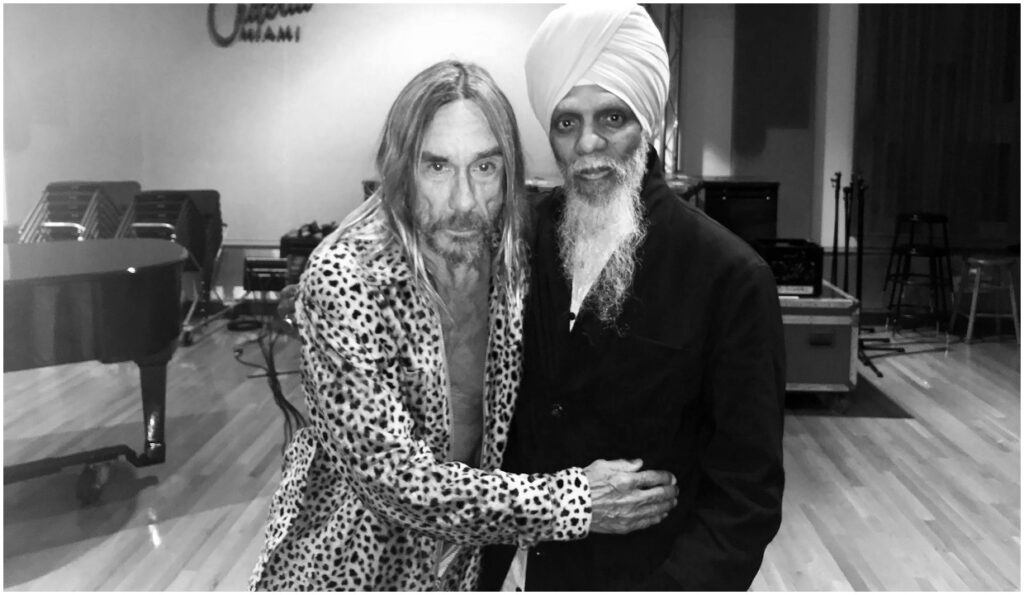 If you’re looking for some great new music to discover this weekend, look no further than our weekly New Release Cheat Sheet. This week, we bring you a stellar collaboration between Dr. Lonnie Smith and Iggy Pop, Jon Batiste’s live performance of his new hit single on Colbert, music from Gretchen Parlato’s first new album in six years and more.

Hammond B3 organ master Dr. Lonnie Smith has teamed up with Iggy Pop on the new single, “Sunshine Superman.” This funky soul-jazz version of the 1966 Donovan hit song is one of two studio collaborations between the NEA Jazz Master and the rock icon that bookends the former’s forthcoming Blue Note record, Breathe. The track also features Smith’s steady trio of guitarist Jonathan Kreisberg and Johnathan Blake, plus percussionist Richard Bravo. Breathe is due out on March 26 and we included it in our list of ten albums out this month that you need to know about.

Jon Batiste, “I Need You” [Live on Colbert]

Golden Globe-winning superstar Jon Batiste performed his hit single “I Need You” from his highly anticipated upcoming album, We Are, on The Late Show with Stephen Colbert, where he also serves as musical director. The bandleader/composer/activist describes the genre-defying We Are – out on March 19 via Verve – as a love letter to his Southern roots and the heritage of Black Music at large. We included it in our list of ten albums out this month that you need to know about. Preorder it here.

Avant-garde, multi-lineup collective Dopolarians – with William Parker, Kelley Hurt, Brian Blade, Christopher Parker, Chad Fowler and Marc Franklin – have shared a new single from their upcoming sophomore album, The Bond. From beautiful, impressionist sounds of solo piano to aggressive, Coltrane-inspired bashing and wailing, “The Release” features fierce and intense interplay and the first collaboration between drummer Brian Blade and bassist William Parker. The Bond is due out on April 2 via Mahakala Music. Preorder it here.

Gretchen Parlato returns after a six-year hiatus with a new Brazilian-inspired project, Flor, with musical direction by Marcel Camargo and featuring guests Mark Guiliana, Gerald Clayton and Airto Moreira. Flor features originals and covers, and is also inspired by the many ways in which motherhood has reconnected the vocalist to her own inner child. “My purpose now has both a higher and deeper meaning,” she explains, “and this project is a musical representation of that journey.” Order Flor here.

London-based collective Nubiyan Twist have released their much-anticipated third album, Freedom Fables. Produced by guitarist/percussionist/band co-founder Tom Excell, the record pays homage to traditional jazz, Afrobeat and highlife whilst embracing electronic styles from dub reggae and hip-hop to garage and broken beat. “Freedom Fables is our commentary on living in a world that is increasingly shaped by divergent outlooks,” says Excell via a press release. “Whether it’s through politics, religion or the media we are so quickly and easily divided.” Order it here.

Guitarist/composer Albare pays tribute to the enchanting music and long-lasting influence of legendary Brazilian songwriter Antonio Carlos Jobim. Albare Plays Jobim, Vol. 2, his twelfth album as a leader, is produced by Phil Turcio and features string arrangements by Joe Chindamo, in their fifth collaboration together. “As Jobim was such an influence in my playing, I feel this album is overdue and I am now ready to express the intense beauty of these melodies to my own satisfaction,” says Albare. Order Albare Plays Jobim, Vol. 2 here.