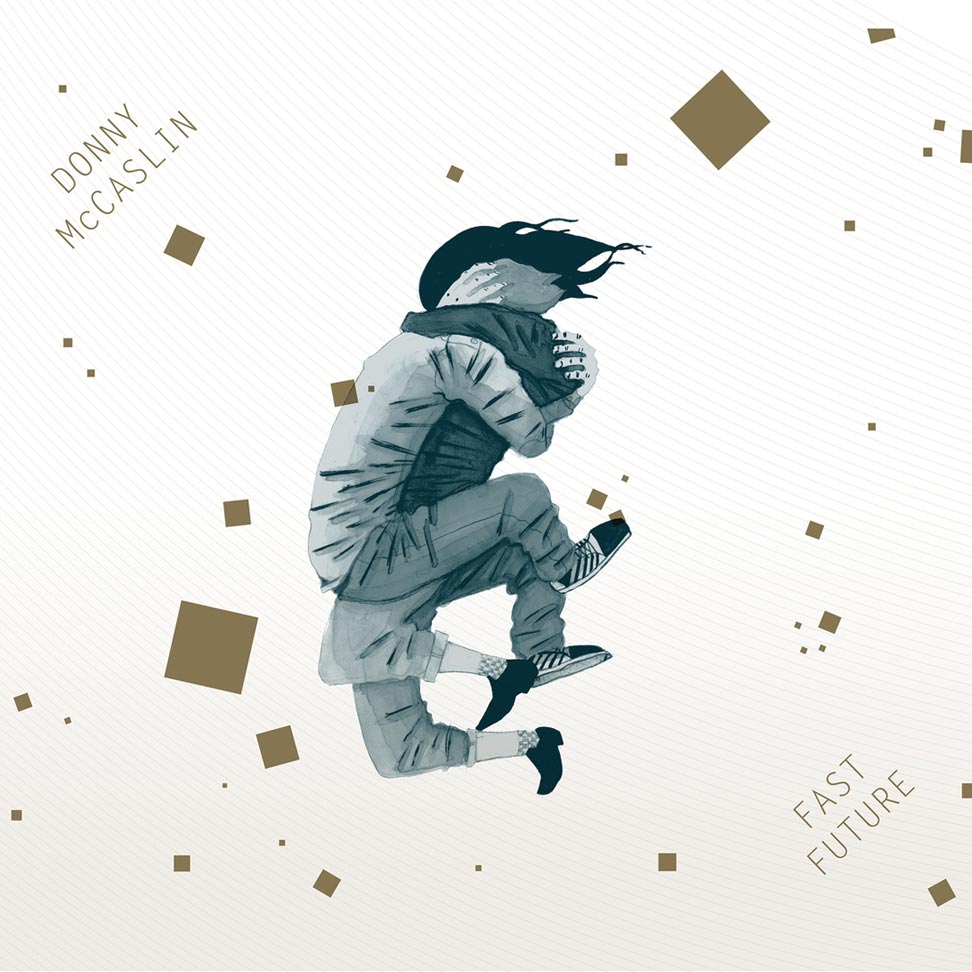 On Fast Future is saxophonist Donny McCaslin’s elaboration upon the acoustic-jazz-and-electronica fusion found on 2013’s well-received Casting for Gravity. It’s not an easy assignment, but by working with the same ensemble — keyboardist Jason Lindner, bassist Tim Lefebvre and drummer Mark Guiliana — and producer (saxophonist David Binney), McCaslin manages to raise the bar. Tightening the overall sound, he brings it closer to electronic dance music without sacrificing improvisation or ensemble interaction. Some choices explicitly illustrate McCaslin’s aim, such as the inclusion of “54 Cymru Beats,” by Aphex Twin (a.k.a. Richard David James), repeating a gambit from Casting for Gravity.

At times echoing Mehliana, the drums-and-keyboard project by Guiliana and Brad Mehldau, the way the music is set up and mixed suggests a stripped-down, sax-and-drums, melody-and-rhythm recording — even when it’s not. The title track is an obvious example, but far from the only one. Lush textural moments from Casting for Gravity have been pared down. The result is a leaner, more aggressive and almost severe sound that’s smartly humanized by brushstrokes with vocals.

McCaslin impresses throughout. He’s almost constantly front-and-center —often in dialogue with Guiliana — yet his playing holds our interest. There is no look-at-me playing, no facile runs to fill space; rather, he remains focused and eloquent.

Fast Future features moments of intense lyricism. The arcing melody line on “Love and Living,” for example, wouldn’t have sounded out of place on a Weather Report tune. The album also presents some unexpected turns, such as the title track’s wordless vocals, which suddenly and improbably evoke the Pat Metheny Group circa 1984. Other surprises include a hint of dub on the closing ”Squeeze Thru,” and the shuffle-groove-and-spoken-word combination on “Love What Is Mortal,” the banal text of which is one of the few false steps on the whole production. Fast Future suggests jazz speaking once again to the sound of the dance music of the day. —Fernando Gonzalez