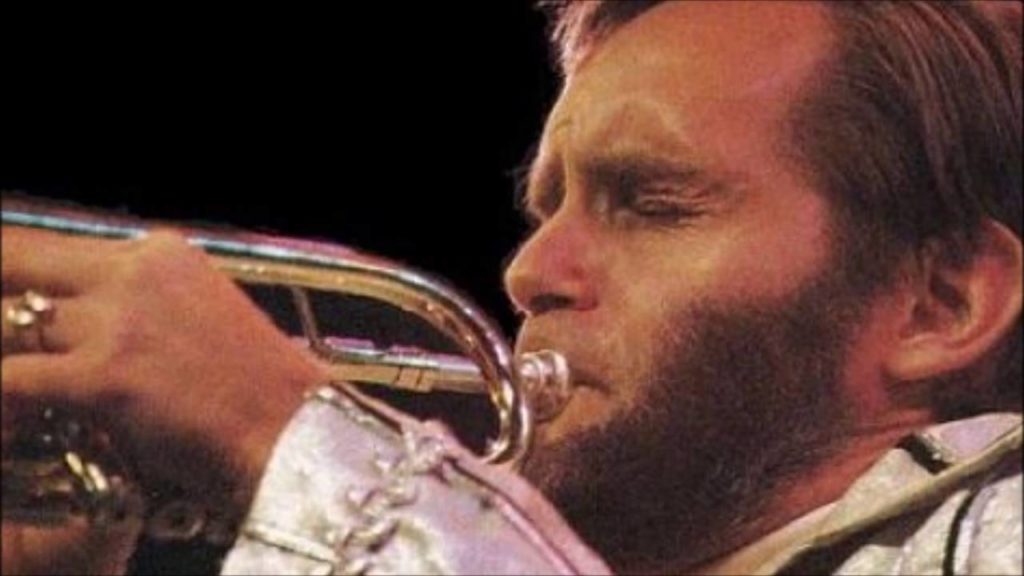 Bandleader Don Ellis, a trumpeter whose rock-infused arrangements helped ignite a big band revival in the 1970s, was born on this day (July 25) in Los Angeles, California, in 1934. Ellis was a relentless experimenter who was one of the first musicians to introduce sound effects and other technology into the big band setting. He was also an early advocate of building bridges between jazz and traditional Indian music, and his ensembles regularly included tablas, sitars and other South Asian instruments.

In 1973, Ellis recorded the album Soaring for MPS Records, which included a catchy jazz-rock track in a 7/4 time signature that featured some head-spinning drum work. Its name: “Whiplash.” In 2014, the song would become the musical centerpiece of the Damien Chazelle movie of the same name.