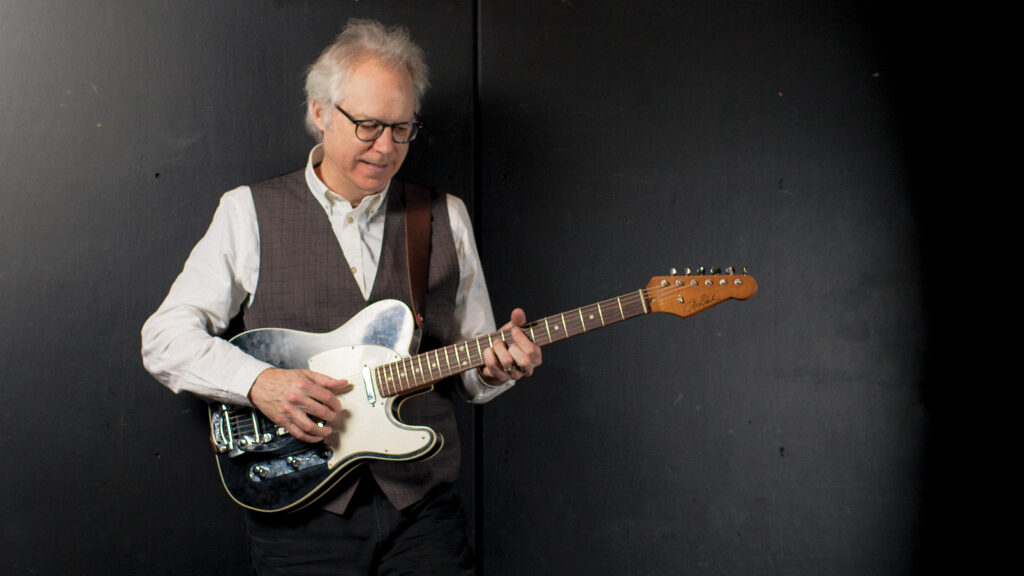 For the release of his upcoming album, Harmony, the guitarist Bill Frisell recently signed to the vaunted label Blue Note Records, to which he’ll bring a wealth of experience and stylistic range. (The album is due out October 4.) Frisell has been among jazz’s most forward-thinking artists since the mid-1980s, when he first began appearing alongside artists such as Paul Motian, John Zorn, Joe Lovano and Joey Baron in effortlessly cool albums that seemed refreshingly pared-down and austere. His twangy, ephemeral Telecaster sound became a staple of the 1990s modern jazz aesthetic, and his command of both the jazz and Americana idioms made him a favorite of listeners in both genres. Through the early 2000s to today, he has continued to draw new listeners to the jazz flame with his unique approach to improvisation and his ability to turn pop and R&B standards into gauzy modern-jazz dreamscapes.

While Frisell has certainly helped illuminate the work of countless collaborators over the years, this playlist celebrates the pioneering guitarist’s leader albums, the first of which, In Line, was released in 1983, and the most recent of which, Music IS, was released in 2018. Though each album represents an evolution and, in some cases, a stylistic pivot in Frisell’s career, some consistent themes emerge: his spare, ethereal tone, his penchant for the work of early country and folk artists, his selfless embrace of group interplay and, last but certainly not least, his abiding love for James Bond theme songs. It’s all here in our Ultimate Bill Frisell Playlist, brought to you by Qobuz. We hope you enjoy.