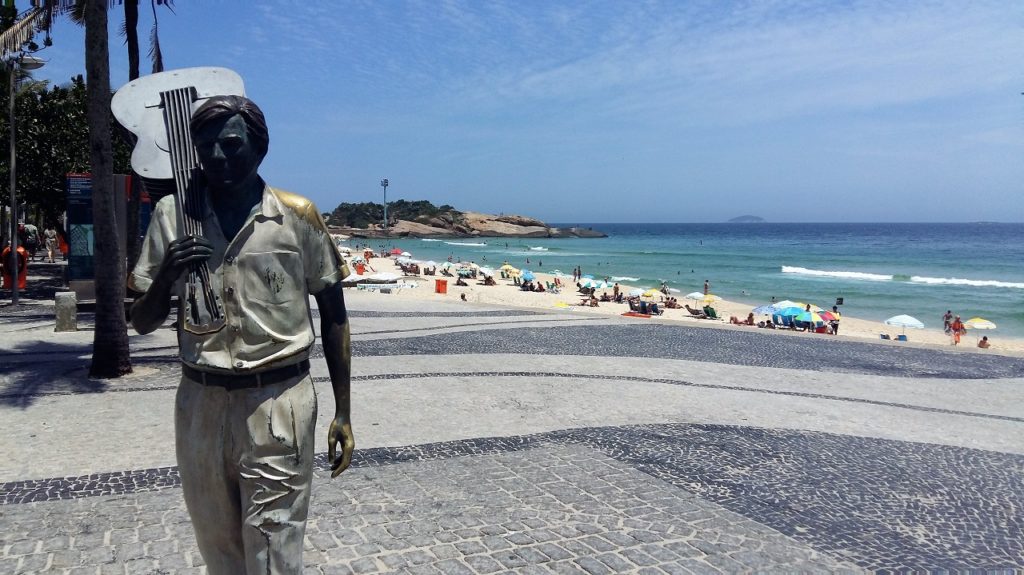 The 1960s was a momentous period for jazz, a time when the music would undergo profound stylistic and social changes. And not just in America. As new subgenres like free-jazz, hard-bop, modal jazz and fusion began to flourish stateside, over in Brazil, a group of chic, melody-minded composers led by Antônio Carlos Jobim and João Gilberto was engaged in their own musical experiment, fusing the tropically laid-back rhythms of their native samba with the impressionistic harmonies of cool jazz.  They dubbed their new music bossa nova (literally “the new thing”), and in time, it would become one of the most famous artistic exports of Brazil and a full-fledged musical craze in the United States, sweeping artists like Stan Getz, Miles Davis and Charlie Byrd along in its swiftly moving current.

This playlist offers just a sample of all the great music released during bossa’s heyday, including plenty of sun-dappled tracks from its storied creators — Jobim, Gilberto (and his wife, Astrud), Luiz Bonfa, Sergio Mendes and Baden Powell. But we’ve also got music from early bossa adopters in America like Frank Sinatra and Coleman Hawkins. Wherever it comes from, the unifying spirit of bossa nova is still that of saudade, the Portuguese term for the feeling of melancholy and nostalgia that governs much of the music’s lyrical content. (Small wonder that one of bossa nova’s first breakout songs was called “Chega de Saudade,” or “No More Blues.”)

It would be impossible to offer a comprehensive overview of the music in just under 25 tracks. (After all, the music continues to thrive, with contemporary artists who have proudly ushered it into a new era.) Nevertheless, we hope this playlist can at least transport you to a time and place when jazz, in popular culture, spoke with a distinctly Brazilian accent.