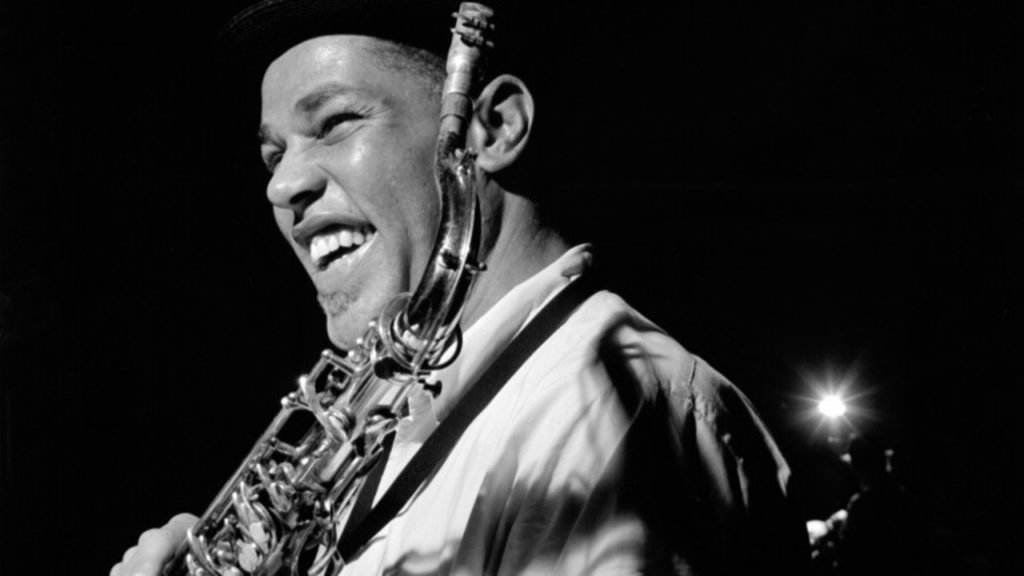 Saxophonist Dexter Gordon recorded the album Sophisticated Giant on this day (June 21) in 1977. The record, which featured an 11-piece band performing compositions by trombonist Slide Hampton, was an important entry into Gordon’s discography, as it marked his first studio recording upon returning to the United States after 14 years in Europe. “Red Top” is a soulful swinger that features a frontline of Gordon on tenor sax, Woody Shaw and Benny Bailey on trumpet, Slide Hampton and Wayne on trombone, Frank Wess on alto sax and Howard Johnson on tuba.