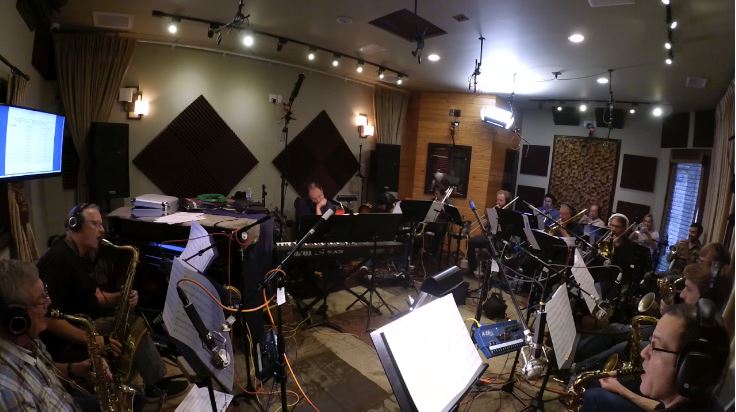 For his third CD, the two-time Emmy-nominated composer takes his 19-piece big band into uncharted water. With a decades-in-the-making backstory, Parallels is equal parts Wonka whimsy and Basie swagger that dares listeners to keep up.

The group’s rendition of the “Spider-Man” theme song is big, brawny and colorful, like a full-page panel from the web-slinger’s own comic book. A veteran film composer who specializes in writing for cartoons, Ricard knows what it takes to ramp up the musical action, and the stellar big band he’s assembled here — featuring guest soloists Will Brahm on guitar and Wayne Bergeron on trumpet — has the power and panache to bring that action to life. This is fun, high-impact jazz that doesn’t sacrifice a bit of artistic integrity.