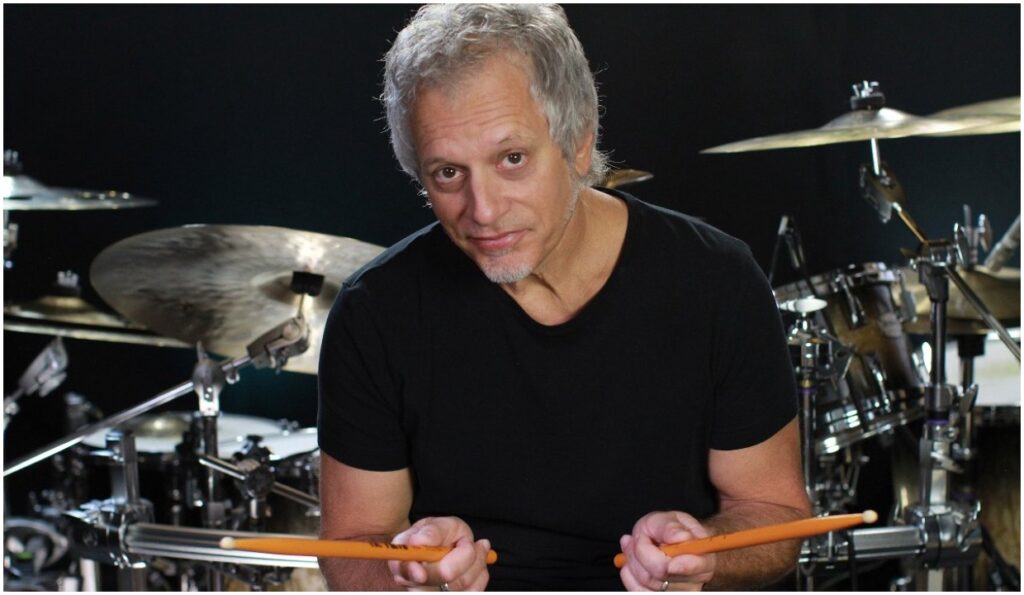 If you’re looking for some great new music to discover this weekend, look no further than our weekly New Release Cheat Sheet. This week, we bring you new music from The Dave Weckl Band, Michael Lington, Cameron Graves and more.

Live in St. Louis Chesterfield Festival 2019 captures a very special reunion performance by The Dave Weckl Band with the acclaimed jazz fusion drummer at the helm and founding band members Jay Oliver on keyboards, Tom Kennedy on bass, as well as Buzz Feiten, joining them on guitar for the first time in over 20 years, plus saxophonist Gary Meek. More than half the tunes on the record are culled from their 1997 debut album, Rhythm of Soul, including the taut, high-spirited funk opener, “The Zone,” which sets the celebratory tone for the program as a whole and that you can watch a premiere of via the player below. Live in St. Louis at the Chesterfield Jazz Festival 2019 is due out April 8 via Autumn Hill Records.

Saxophone great Michael Lington turned his home studio into a virtual performance room during lockdown for his popular ongoing series of weekly shows on the StageIt Platform, featuring duets with musical friends of originals and covers from his 20-plus-year solo discography. Highlight moments from the series are now collected in an upcoming album, Alone Together – out on March 26 via Peak/BFD/The Orchard – including the first single, a rousing version of “Baker Street” with The Voice winner Javier Colon. Other guests on the record include Dave Koz, Kenny Lattimore, Boney James and many more. Preorder Alone Together here.

Cross-continental musical masterminds, musician/producer William Holland a.k.a. Quantic and guitarist Eddie Roberts, will release The Sheepskin Sessions, named in reference to their shared Welsh heritage. Its lead single, “The Clock Won’t Tick,” is one of the four tracks on this collaborative EP and an explosive introduction to this incendiary collaboration. The track, crafted from multiple sessions throughout the U.S., comes complete with Memphis-style horn lines and a refined wah-wah guitar solo courtesy of Roberts. The Sheepskin Sessions is due out later in 2021 via Roberts’ imprint, Color Red.

Composer/musician/bandleader Deniz Cuylan will release his new album, No Such Thing As Free Will, on March 19 via Seattle’s Hush Hush Records. The record is built around patterns on a nylon-string guitar with arrangements growing organically in the surrounding space. Cuylan has shared a track off the album, “Flaneurs in Hakone,” and its accompanying video, directed by Idil Ergün. Cuylan says the core idea for this composition came to him as he wandered, daydreaming, around the cascades in Hakone, and that the “multi-layered guitar arpeggios [create] a chaotic yet harmonious hot spring.”

Pianist/vocalist/composer Cameron Graves conceptually draws on his interest in theology, astrology, astronomy and martial arts for his brand new, eleven-track program of new-gen jazz fusion featuring his core quartet and guest spots by fellow West Coast Get Down clique members. Seven is also a showcase of Graves’ own thrash-jazz, which is influenced by metal and hard rock. Order it here.

Singer/songwriter José James played no shows in 2020, yet finds a way to bring live music to the people on his first-ever live album. José James: New York 2020 documents two live sets recorded at Levon Helm Studios and (Le) Poisson Rouge, performed with what James has defined via a Facebook post as what “might be the best band I’ve ever had.” Order it here.