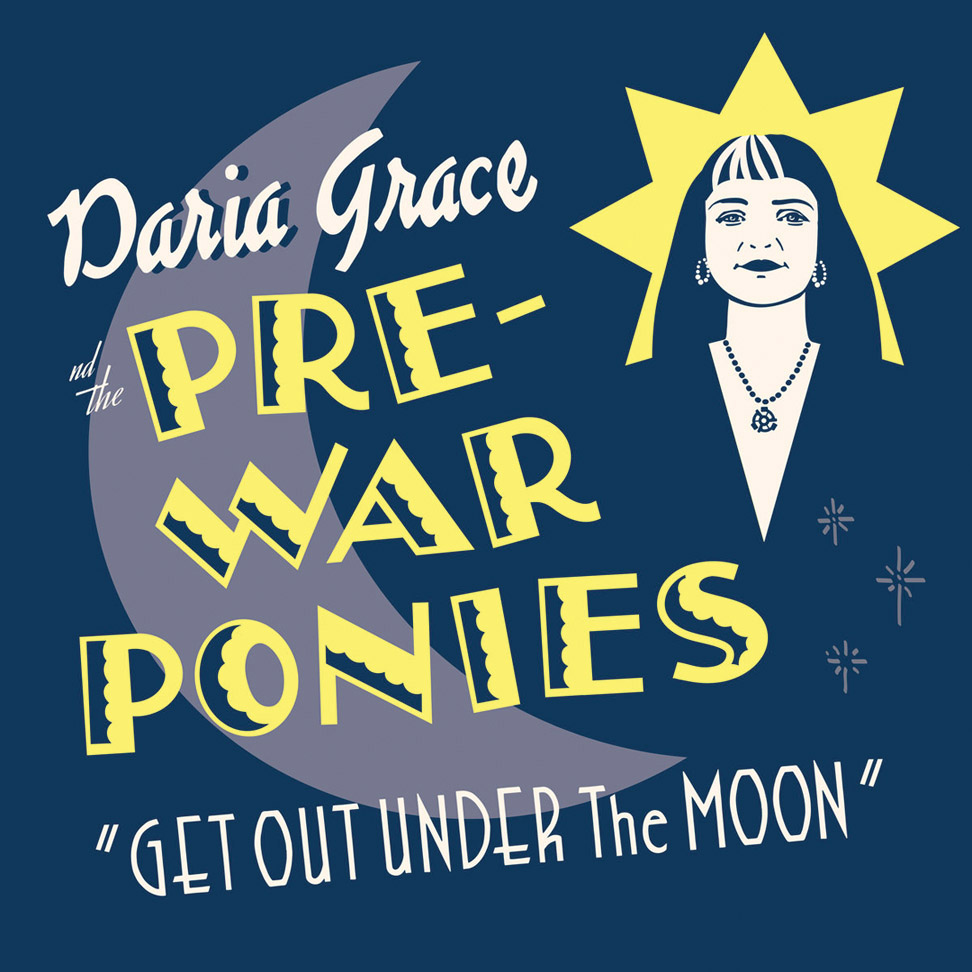 Nothing wrong with Great American Songbook standards. We love ’em. But more than a few entries have become overplayed over the years, with new interpreters suffering in comparison to masters such as Ella Fitzgerald or Frank Sinatra. So, it’s quite refreshing to hear the overlooked gems on Daria Grace and the Pre-War Ponies‘ second album, Get Out Under the Moon (Radia). As their name implies, the quintet specializes in tunes from the ’20s through the ’40s, a particular passion of lead singer Grace, who collects vintage sheet music. While Get Out Under the Moon includes obscure songs by Cole Porter, Irving Berlin and Fats Waller, the album spotlights lesser-known names, as well. Joseph Lacalle and Albert Gamse’s lilting Latin-flavored “Amapola (Pretty Little Poppy),” included here, is a perfect example. Originally sung by Miguel Fleta in the 1925 film The Lecuona Boys, it was revived by Deanna Durban in the 1939 film First Love and was also recorded by Helen O’Connell and Bob Eberle with the Jimmy Dorsey Orchestra in 1941. Grace’s heartfelt vocals bear no trace of irony. Rather she invests the tune with the dignity and emotion it deserves as a hidden classic (and sly nod to opium). Trombonist J. Walter Hawkes and vibraphonist Tom Beckham add exciting flourishes, as well.