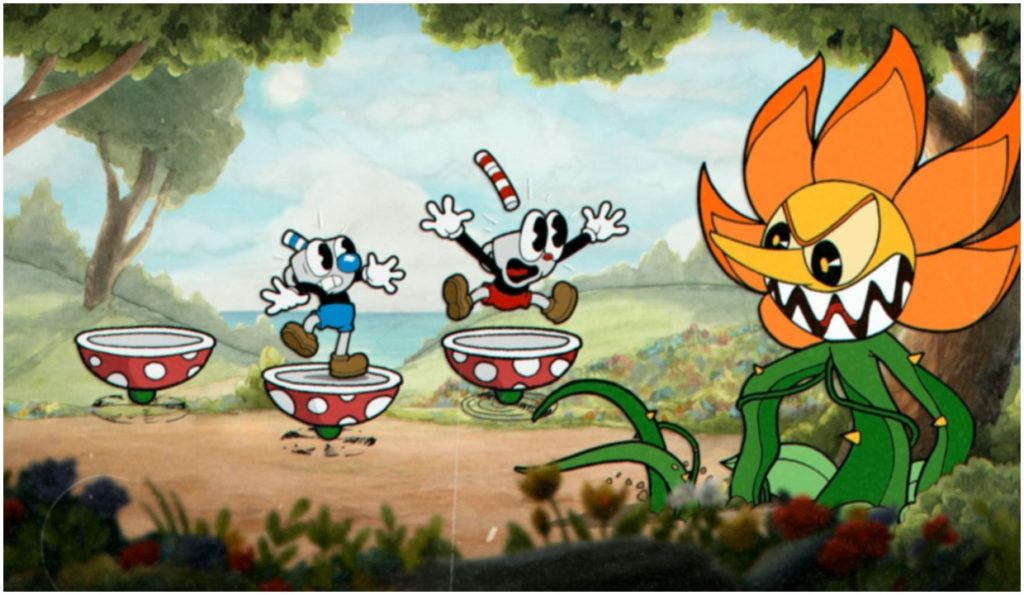 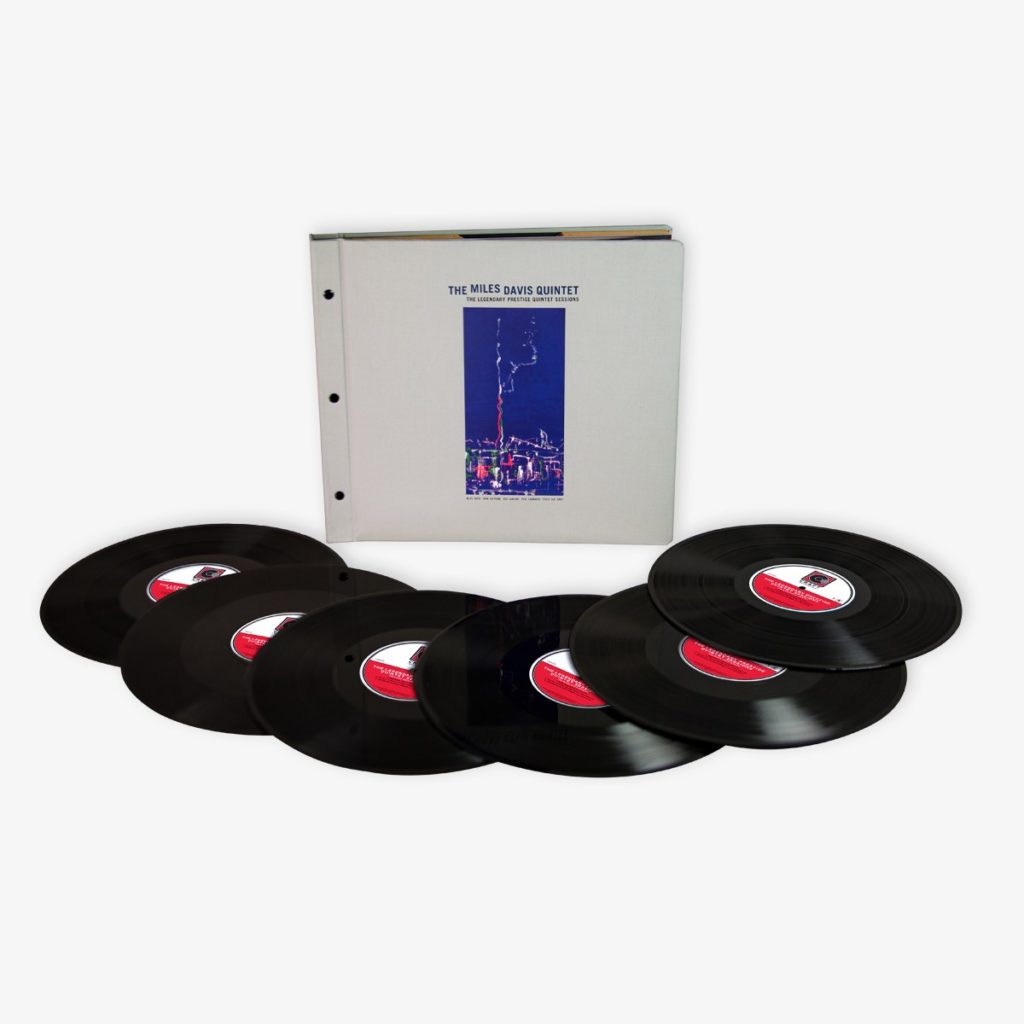 Grace Kelly Wins John Lennon Songwriting Contest: Singer/songwriter Grace Kelly was awarded $20,000 for winning the John Lennon Songwriting Contest “Song of the Year” for her original “Feels Like Home.” Kelly was presented with the award by Grammy-nominated artist Prince Royce at the New York City Hall on September 16, as part of the 6th annual Come Together NYC Tour. “This award has made me even more committed to my songwriting and mission of building deep beautiful connection to all other beings through songwriting and performance,” she said via an official statement. Listen to “Feels Like Home” via the player below.

Cuphead Soundtrack Album Makes History: The soundtrack album for Cuphead made history last week by becoming the first musical score for a videogame to top the Billboard jazz chart. The soundtrack album was released in late August via iam8bit, and it is available to purchase as a 2xLP. The big band music for Cuphead was composed by Kristofer Maddigan, and the album was produced and edited by Peter Strauss. Cuphead is an adventure game that uses a rubber hose style of animation used in cartoons of the 1930s and seeks to emulate their subversive and surrealist qualities. Find out more about the making of the music via the player below.

Eri Yamamoto to Release New Ambitious Album Soon: Osaka-born pianist/composer Eri Yamamoto fulfills her longtime ambition of writing for chorus on her upcoming release, Goshu Ondo Suite, out via AUM Fidelity on November 15. The album features a piano trio featuring bassist David Ambrosio and drummer Ikuo Takeuchi, plus Choral Chameleon. Yamamoto’s suite, which took three months to compose, transcends jazz, classical and folk music, and is partly inspired by a traditional Japanese song known as the Goshu Ondo. For more information on Goshu Ondo Suite, check out the video via the player below.

Dick Hyman and Ken Peplowski to Perform Music from their New Album at Dizzy’s Club: Piano great Dick Hyman and clarinetist/saxophonist Ken Peplowski are set to release their new collaborative album, Counterpoint Lerner & Loewe, on October 11 via Arbors. To mark the release, they will be performing music from the album at a special concert at New York City’s famed Dizzy’s Club on October 11. Counterpoint is a celebration of the songwriting duo of lyricist/librettist Alan Jay Lerner and composer Frederick Loewe. Together, the two were responsible for such smash hits as My Fair Lady, Camelot, Gigi and many more. 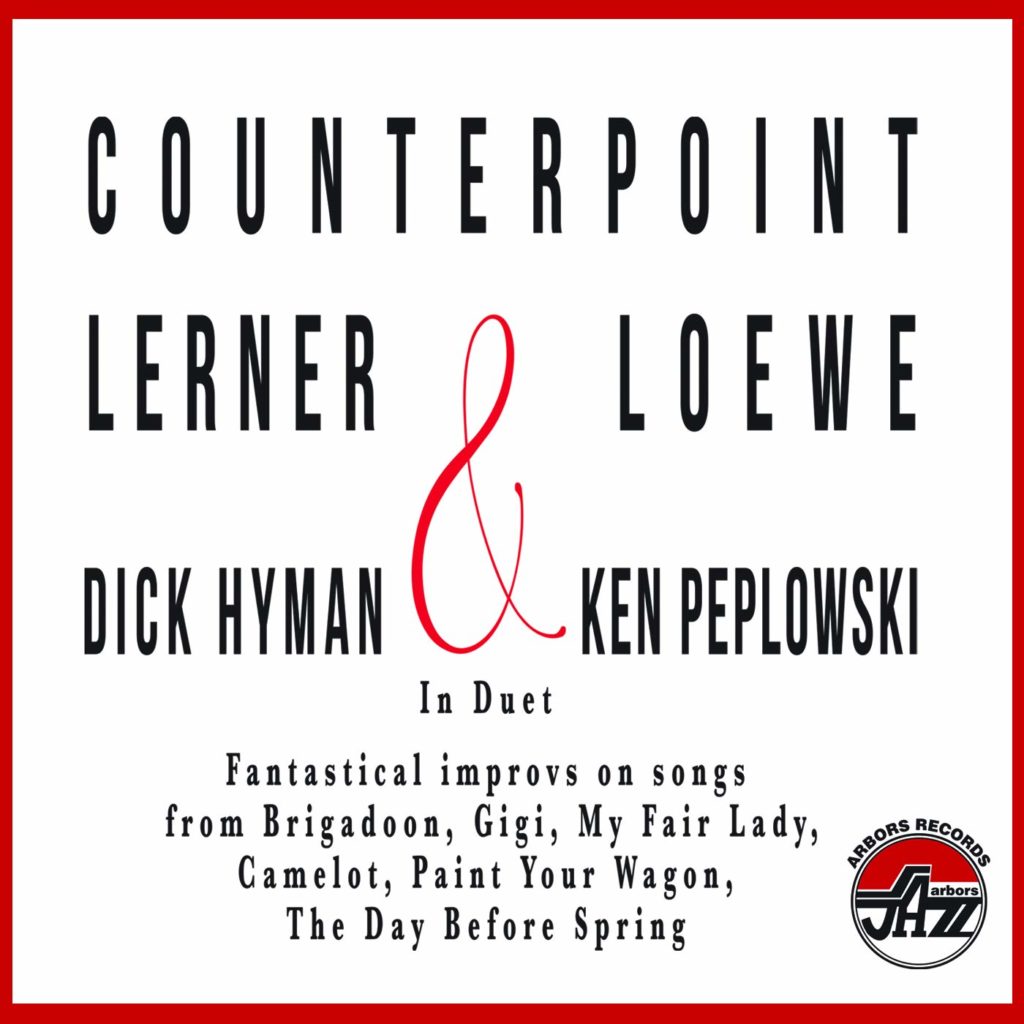 Richie Bonilla Tribute Live Event in the Bronx on October 12: The Hostos Center for the Arts & Culture in the Bronx, New York, will open its 2019 with a star-studded concert tribute to Richie Bonilla, the longtime Latin Music Artist Manager. The event, titled “A Salute to Richie Bonilla,” will take place on October 12. It will include a selection of artists via performances by Ismael Miranda, Joe Bataan, Orlando Marin, Los Hermanos Moreno, Connie Grossman and many more. A dance will follow the concert at Hostos Café, with DJ Brian Martinez spinning Salsa favorites. 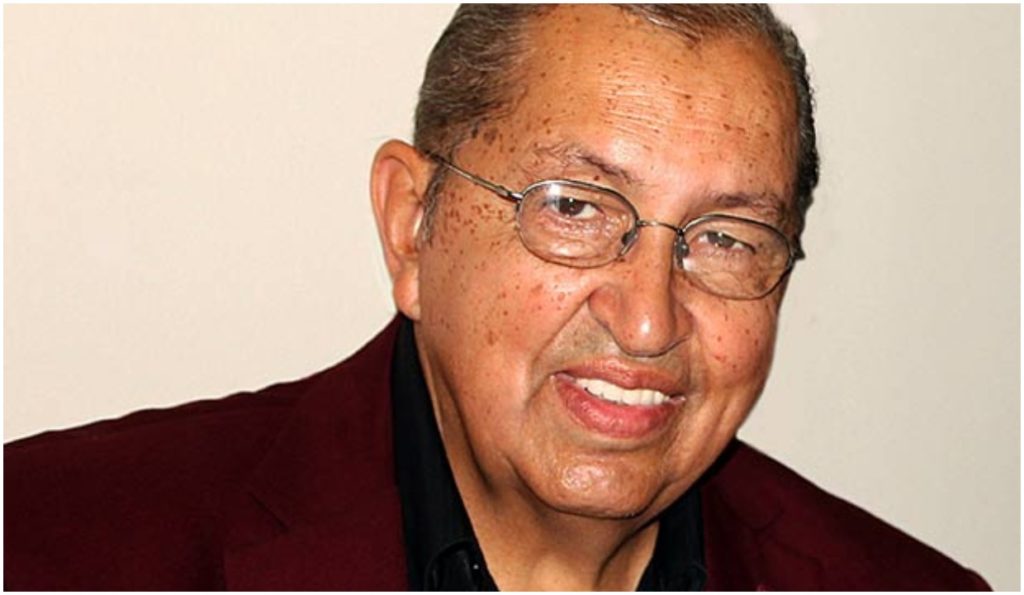 The Souljazz Orchestra Announces Fall 2019 Tour Dates in Canada and Europe: The Souljazz Orchestra will be touring Europe and Canada this fall in support of their new album, Chaos Theories, out now on LP, CD, cassette and digital/streaming. The tour is scheduled to kick off tonight in Ottawa, Ontario, and will see the band touch base on such places as France, United Kingdom, Ireland and Spain, among other places. Known for their uncompromising social and political messages, The Souljazz Orchestra’s Chaos Theories is designed to counter the hypocrisy of modern-day politics, police brutality and the everyday struggle of the working man. “The album takes the listener from carefully targeted sonic missiles to more reflective thought-provoking moment,” sais the Orchestra’s chief-songwriter/arranger Pierre Chrétien.

2019 October Revolution of Jazz & Contemporary Music Announced: Ars Nova Workshops has unveiled the complete line-up for the 2019 October Revolution of Jazz & Contemporary Music, which will take place in Philadelphia, Pennsylvania, on October 1-31. The festival will open with a generation-bridging duo performance NEA Jazz Master Roscoe Mitchell and Philly-based poet/musician Moor Mother. Other acts scheduled to perform include Fred Frith (in his first Philly performance in three decades), drummer Makaya McCraven, pianist Ethan Iverson and drummer Charlie Hall (performing a tribute to Miles Davis’ immortal album In a Silent Way), among others. 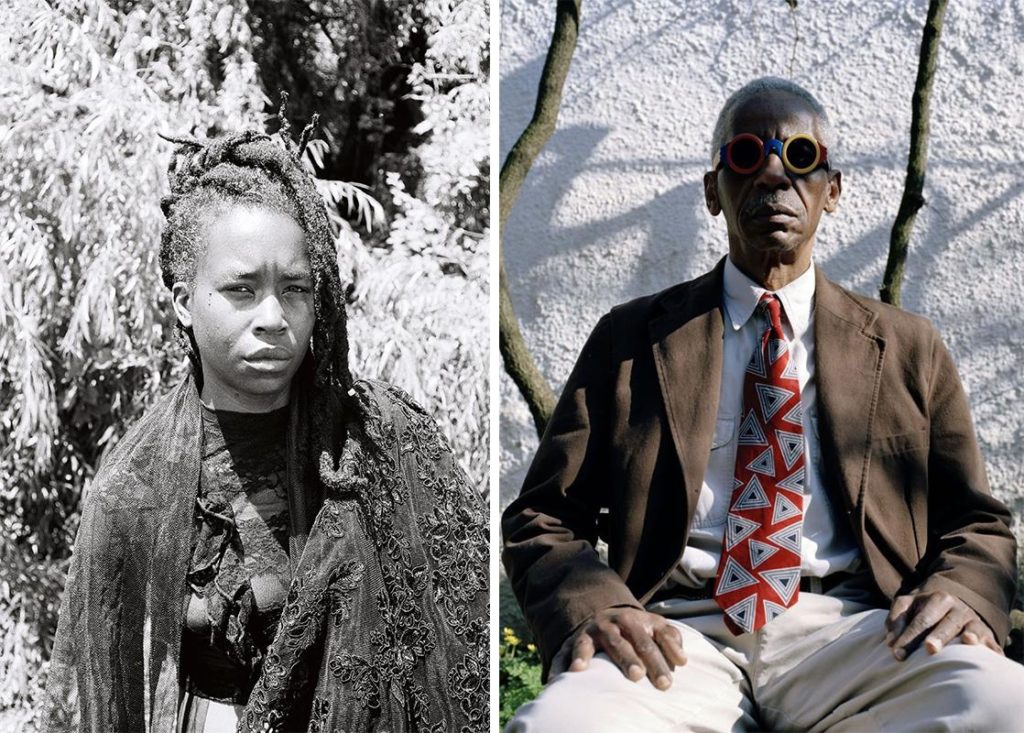 Baku Jazz Festival to Take Place on October 18-27: The Baku Jazz Festival returns to Baku, Azerbaijan, to celebrate the country’s long-running attachment to jazz via a rich program of jazz concerts featuring international and national acts (including the Giuseppe Millaci Vogue Trio, the Julie Erikssen Quartet and the Afshin Alizadeh Quintet, among others), jam sessions, workshops, seminars, exhibitions and contests. Along with a rich program of live music, the festival this year will feature the return of its highlight International Competition of Young Jazz Performers “I Am Jazzman!” plus a film program of jazz movies curated by film critic Ulvi Mehdi, among other events. The Baku Jazz Festival is scheduled to take place on October 18-27. 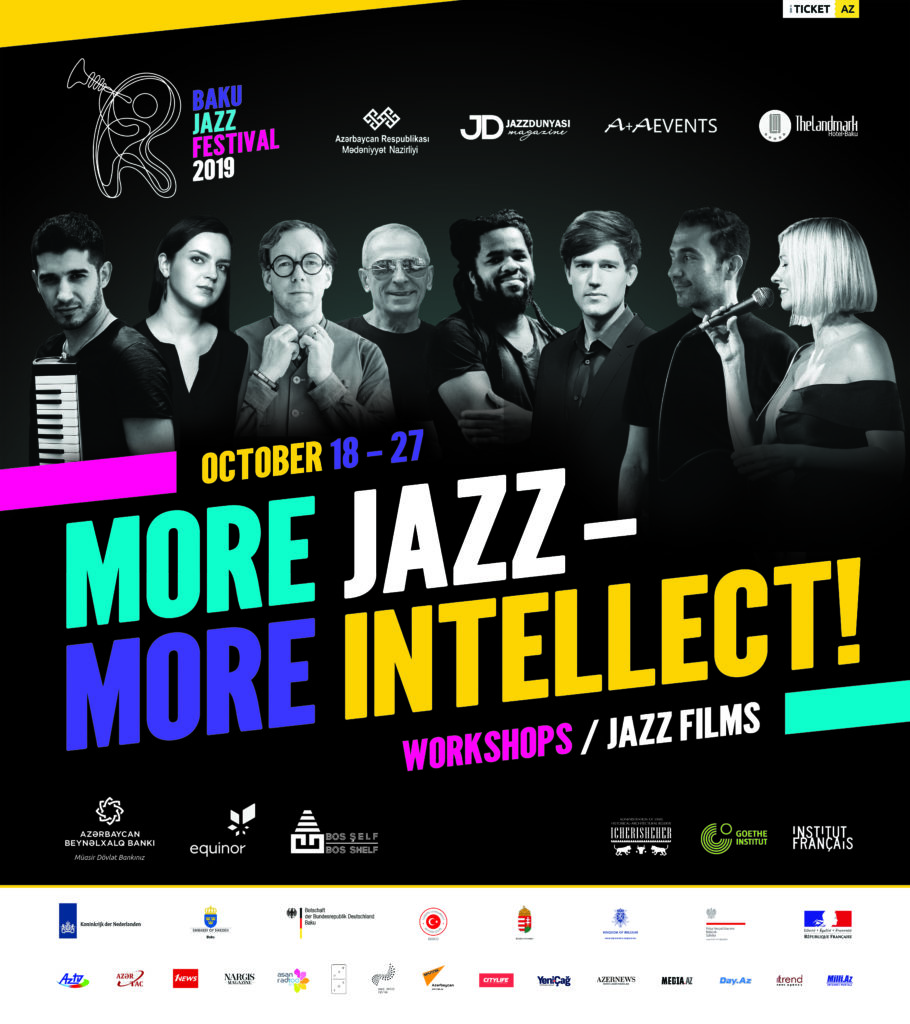 For almost 25 years, Los Gauchos has been Guillermo Klein’s favored vehicle for bringing his unique compositional and arranging style to life. The group’s roster has remained unchanged over the years, representing an astounding aggregation of some of today’s best musicians. Klein’s latest recording with the ensemble, Cristal, is akin to a suite. Each track feels like a rhythmic puzzle of a suite that features both new, original sounds and versions of songs the Argentine pianist grew up with. These include a reinvention of Gardel and La Pera’s “Melodía De Arraba,” which opens the LP. 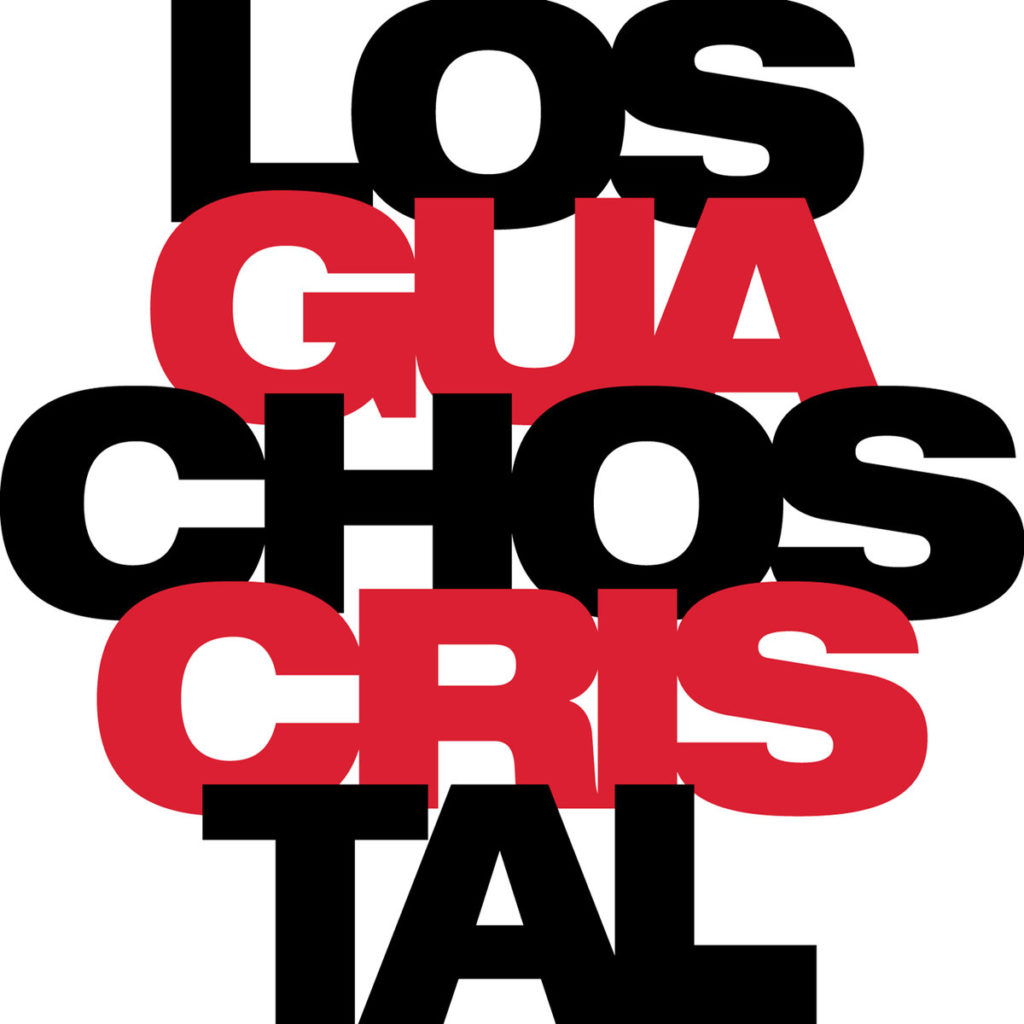 The incomparable trumpeter Herb Alpert of the Tijuana Brass fame returns with a new album. Over the Rainbow is a collection of one new original composition plus nine interpretations of classic songs. These include a take on the beloved title Judy Garland signature song, a tribute to Gypsy jazz guitarist Django Reinhardt and Louis Armstrong’s much-loved “What a Wonderful World,” among others. “I am always looking for good melodies to play and if it is a familiar song that I am working on, I’ll try to do it in a way that it’s never been heard before,” says Alpert.

Great conguero Poncho Sanchez honors the life and music of John Coltrane on his first new album in seven years. Trane’s Delight reimagines some of the saxophone legend’s compositions and features Sanchez’s longtime band, including trombonist and musical director Francisco Torres. “I’ve always loved John Coltrane,” explains the conguero via a press release, “ever since I was a kid and first learned about jazz. I’ve recorded tributes to a lot of my heroes in life … so I thought it was definitely time to do a tribute to the great John Coltrane.”