You can watch a full-length discussion of the albums via the video player below. Write-ups of individual albums and sample tracks follow. Welcome to the party. This week’s theme is holiday albums. 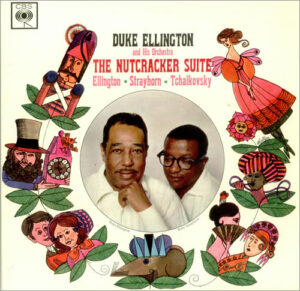 Duke Ellington and His Orchestra, The Nutcracker Suite (Columbia, 1960)

Duke Ellington and Billy Strayhorn embarked on a formidable number of varied projects following Ellington’s Orchestra sensational success at the 1956 Newport Jazz Festival. Among the most overlooked are their takes on symphonic works, the first of which came in 1960, and was a reinterpretation of Tchaikovsky’s popular Nutcracker Suite. Ellington and Strayhorn take turns reinventing movements from this beloved suite, and the end result is positively glowing with the elegance, musicianship, creativity and good humor that Ellington and his gang were known for. 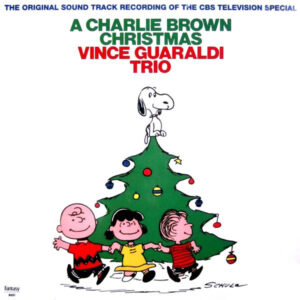 Nobody plays quite like Vince Guaraldi, a master of saying more with less. For him, it was all about the touch and feel. His compositions on A Charlie Brown Christmas are deceptively simple. Yet each one is a masterpiece in its own right, from “Linus and Lucy” to “Christmas Time Is Here,” and for many, it not the holiday season without them. Guaraldi had been initially tapped to make music for a documentary on the Peanuts franchise and was later called back to make music for this 1965 TV special and other Peanuts holiday specials. The rest is history. 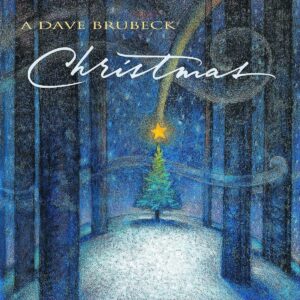 Dave Brubeck was a pioneer of full-length solo piano recordings, being one of the first major jazz artists to release successful ones in the ’50s, influencing generations of pianists to come, including Keith Jarrett. His 1996 solo album found him taking on a number of Christmas carols in ways ranging from introspective to virtuosic, and evoking varied piano traditions and idioms. 1996 also happened to have been a landmark year for Brubeck, during which he was recognized with a GRAMMY Award for Lifetime Achievement. 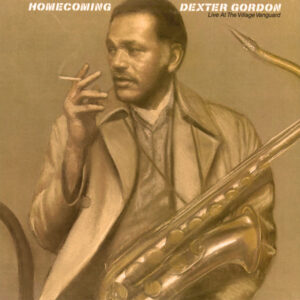 Homecoming is to holiday albums as Die Hard is to holiday movies. While it may not be specifically holiday-themed, there are enough things about it to aptly melt your heart at this time of the year. Firstly, it is a stellar live album recorded by Dexter Gordon and a smoking band. But it was recorded at a significant time, smack in New York City in the middle of a holiday season as the saxophonist was returning to the United States from Europe after a long residency there. After all, isn’t that what the holiday season is all about? 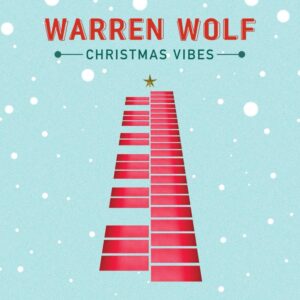 Anyone enamored with the sound of the vibraphone is familiar with Warren Wolf, one of the greatest interpreters of the instrument today. On Christmas Vibes, he applies his craft and talents to a number of Christmas songs and even contributes an original of his own to the canon. Standout tracks feature his vibraphone front and center. And even listeners who are not fans of Christmas music will appreciate Christmas Vibes‘ groove and swing, as it offers something for everyone to dig. 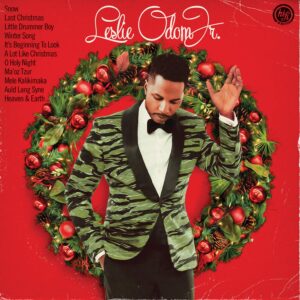 Leslie Odom Jr. is a phenomenal artist, known among other things for his role in Broadway sensation Hamilton, as well as a great vocalist whose roots are in jazz, soul and R&B. His new Christmas album shows he has the chops and is definitely a showcase for his versatility. It also gets bonus points for including rarely heard tracks, including the Hannukah song “Ma’oz Tzur,” the Hawaiian-themed Christmas song “Mele Kalikimaka” and even the traditional New Year’s Eve theme, “Auld Lang Syne.”