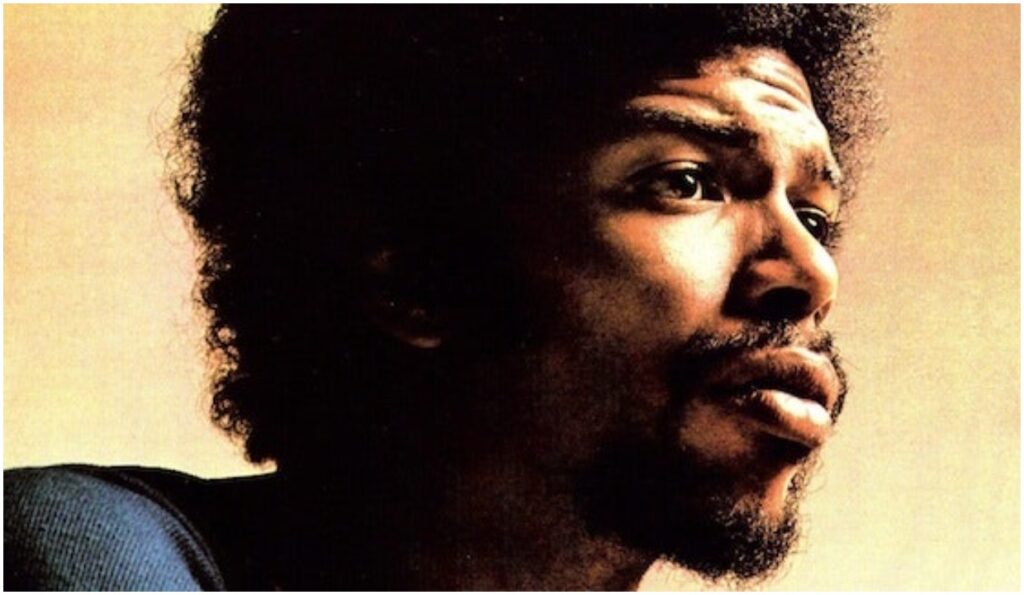 Remember record stores? Remember the thrill of turning your friends on to new music by swapping vinyl and CDs? Yeah, we do too. That’s why we’re rebooting that tradition for the digital age with our “Crate Digging” video series, in which we’ll search through crates of our memories to bring you a handful of album recommendations on a given theme. It’s social media in the truest sense of the term: no algorithms, no computer-generated playlist. Just jazz fans sharing records with other jazz fans. You can watch a full-length discussion of the albums via the video player below. Write-ups of individual albums and sample tracks follow. Welcome to the party.

This week’s theme takes the recent U.S. elections as inspiration. It’s all about politics and jazz that has the power to move people and change minds. 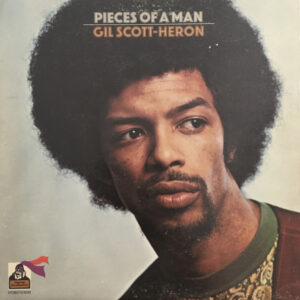 Gil Scott-Heron, alongside his music partner Brian Jackson, created an influential blend of jazz, soul and funk that greatly contributed to the birth of hip-hop right from his debut studio album, 1971’s Pieces of a Man. Yet, what makes this record truly timeless are Scott-Heron’s words, whether sung or recited in spoken word performances. They reveal uncomfortable truths about society, politics and even issues of mental health, substance abuse and so on.

This is also the album to feature the “ultimate” version of “The Revolution Will Not Be Televised” – still one of the most incendiary songs ever recorded, inspired by the lack of media coverage for Black American communities. Overall, Pieces of a Man also reflects Scott-Heron’s vision of what the role of poets should be – to be the spokespersons of their communities. 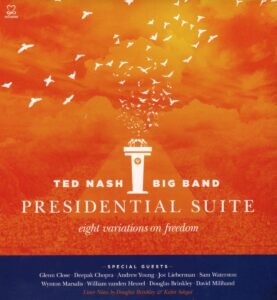 Ted Nash released Presidential Suite in 2016, just before the election. It features a lot of players from the Jazz at Lincoln Center Orchestra, such as Wynton Marsalis and Ryan Kisor on trumpets, Victor Goines and Sherman Irby on reeds and more. Here, Nash analyzed speeches by famous American and international leaders in history, looking for unique patterns, cadences and rhythms.

So, the album features the speeches themselves recited by such notable guests as Joe Lieberman, Glenn Close, Deepak Chopra and more, and alternates those readings with their big band interpretations. A lot of radio stations at the time held public commissioned airings of this piece, which would go on to win the GRAMMY for Best Large Ensemble Jazz Album in 2017 and “Spoken at Midnight,” based on a speech from Indian Prime Minister Jawaharlal Nehru won Best Instrumental Composition. 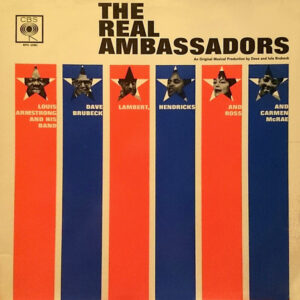 Dave and Iola Brubeck created a jazz operetta inspired by the Jazz Ambassadors program of the ’50s and ’60s, through which the United States aimed to improve its image abroad, particularly in light of criticism on its racial inequality, by promoting concerts of jazz greats in other countries. Louis Armstrong, the jazz ambassador par excellence, very much inspired this work and was cast in its lead role, which sought to reveal the program’s fundamental hypocrisy.

The sad news is that The Real Ambassadors‘ premiere at 1962’s Monterey Jazz Festival was not documented, as Dave Brubeck lacked the $780 required for its recording. However, an earlier-recorded studio version of the work performed by its star-studded lineup exists and should be heard from start to finish for an appreciation of its ambitious, satirical and at times touching narrative. 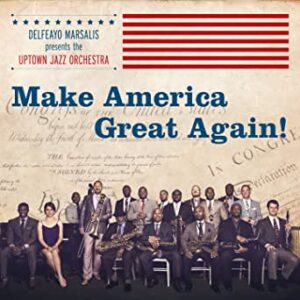 The tracklist for Make America Great Again! was cobbled together as Delfaeyo Marsalis and the Uptown Jazz Orchestra played their repertoire on the road. Its controversial title was suggested by the live audience of one of their performances in 2016, at the time of the early stage of Donald Trump’s election race. In subsequent interviews, the trombonist explained that it was meant as a tongue-in-cheek invitation for listeners to look beyond the headlines and the slogans.

In fact, this collection of absolutely swinging traditional New Orleans-style jazz, which he is known for executing so well, covers a wide range of themes that have little to do with Trump’s politics, including the title track, which is an ode to diversity and overcoming oppression. 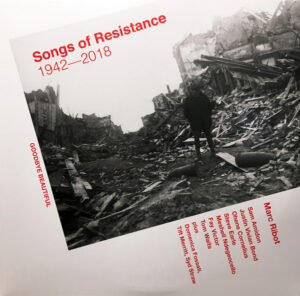 A response to and reflection on the first two years of the Trump administration, as well as the hostilities it generated among different people and cultures. Marc Ribot’s Songs of Resistance 1942-2018 is an album that draws inspiration from the traditions of different cultures. Afetr all, what better way to represent the creative energy of multiculturality than through a program of varied styles and genres?

The album presents originals and covers. While some tracks are definitely closer to folk-rock and the protest songwriting of such artists as Bob Dylan, jazz is certainly present throughout, including via an opening avant-jazz take on the traditional Black hymn, “We Are Soldiers in the Army.” Another standout track, “Rata de los Patos,” revels in Mexican music traditions and possibly presents the most joyful collection of insults directed at an individual ever. 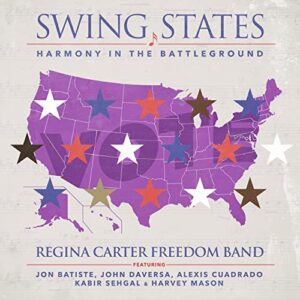 A very cool concept album by violinist Regina Carter, compiling songs associated with “swing states,” the states that in American elections are up for grabs when it comes to their electoral votes and their political leanings. For example, tracks include “Swanee River” for Florida, “Rocky Mountain High” for Colorado and “Dancing in the Streets” for Michigan, “Georgia on My Mind” for Georgia and so on.

The overall message is that, despite differences, we are all united in music. Swing States also features a fantastic band with a nice mix of voices. In addition to Carter herself, her band is formed by John D’Aversa on trumpet, Jon Batiste on piano, Alex Cuadrado on bass, Kabir Sehgal on bass and percussion and Harvey Mason on drums.