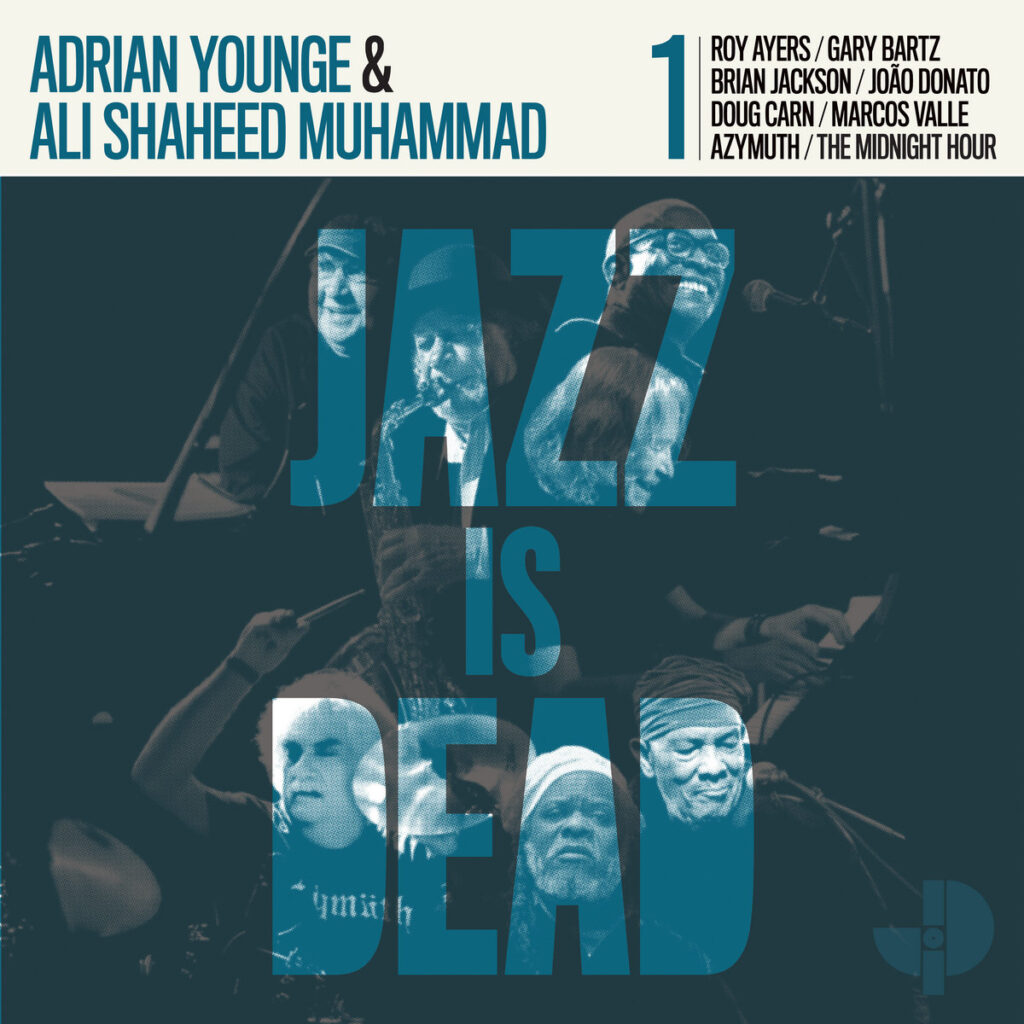 Facing rejection in his native Brazil, ahead-of-his-time pianist and bossa nova pioneer João Donato moved to the U.S. in 1959. During the next 14 years, he blazed a trail as an in-demand sideman, recording with Latin jazz giants Mongo Santamaria, Tito Puente and Cal Tjader, and appearing on the crossover bossa classic The Astrud Gilberto Album. Donato was a close friend and associate of Gilberto’s husband, singer-guitarist João Gilberto, who had been greatly influenced by the pianist. At the age of 86, Donato remains a forward-looking musician, as heard on “Conexão,” a track he composed with and played with Muhammad and Younge on their first Jazz Is Dead recording (JID001). Donato’s rippling rhythmic flow on Fender Rhodes remains at the center of the atmospheric track, ensconced in a vibrant, colorful soundscape of synths, wah-wah guitars, saxophone, marimba and percussion, and propelled by the quicksilver drumming of Greg Paul. It sounds utterly of the moment, while saluting the vital grooves of 1970s soul-jazz with a Latin accent.