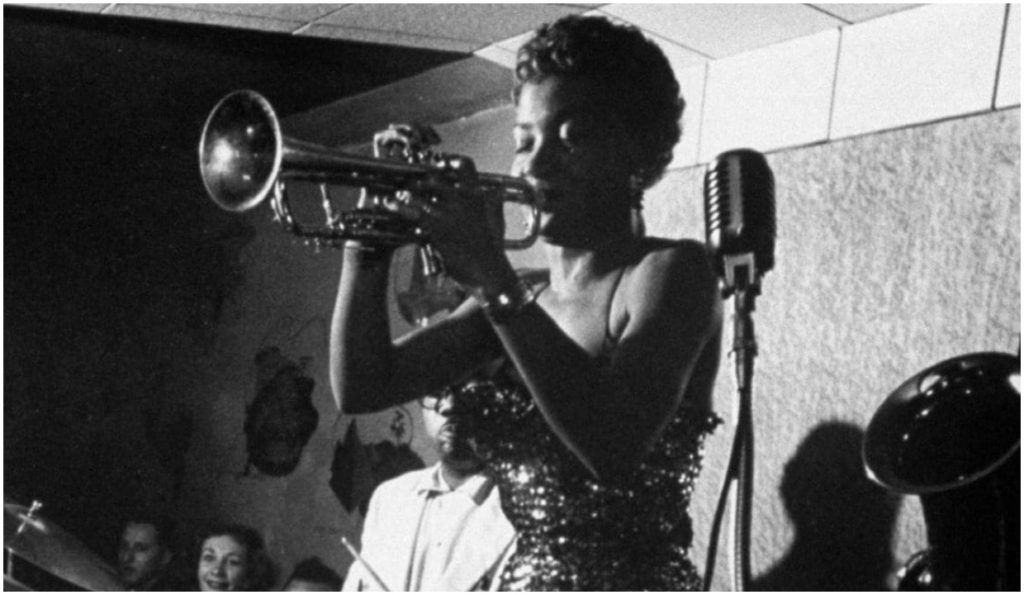 Clora Bryant Dies: Trumpeter, female jazz pioneer and pillar of the Los Angeles jazz scene Clora Bryant died on August 23. She was 92. She was mentored by saxophone great Charlie Parker and aligned herself with the emerging bebop scene of the 1940s. She also worked with such greats as trumpeter Dizzy Gillespie, plus singers Josephine Baker and Billie Holiday. While her career was slowed down by gender-based limitations, she managed to record one album as a leader, 1957’s Gal with a Horn. 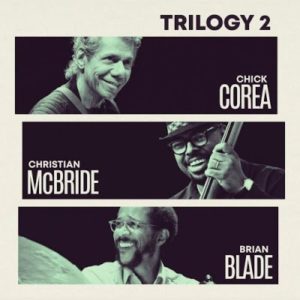 New Chick Corea Live Recordings Out Soon: Chick Corea is set to release Trilogy 2 via Concord Jazz on October 4. The new 2xCD set collects twelve of the best performances from his 2016 tour with his trio, including bassist Christian McBride and drummer Brian Blade. While the three musicians first worked together in Corea’s Five Peace Band and have enjoyed a decade-long association, they made their trio debut on the keyboard legend’s critically acclaimed, Grammy-winning 3xCD boxed set Trilogy, released in 2014.

New Evgeny Sivtsov Album Out Soon: Evgeny Sivtsov will release his trio record Zoo on October 11 via Rainy Day Records. The album features the Russian-born pianist/composer alongside bassist Chmielinski and drummer Shawn Baltazor. Recorded in 2017, towards the end of Sivtsov’s nine-year residence in New York Cty, Zoo is comprised of six original compositions that demonstrate his stunning facility on keys and immersion in the tradition and jazz language. “I tried to make each composition different from the others,” he says via a press release. “But I also tried to include something that others don’t play, make them different than we usually hear from other musicians at this time.” 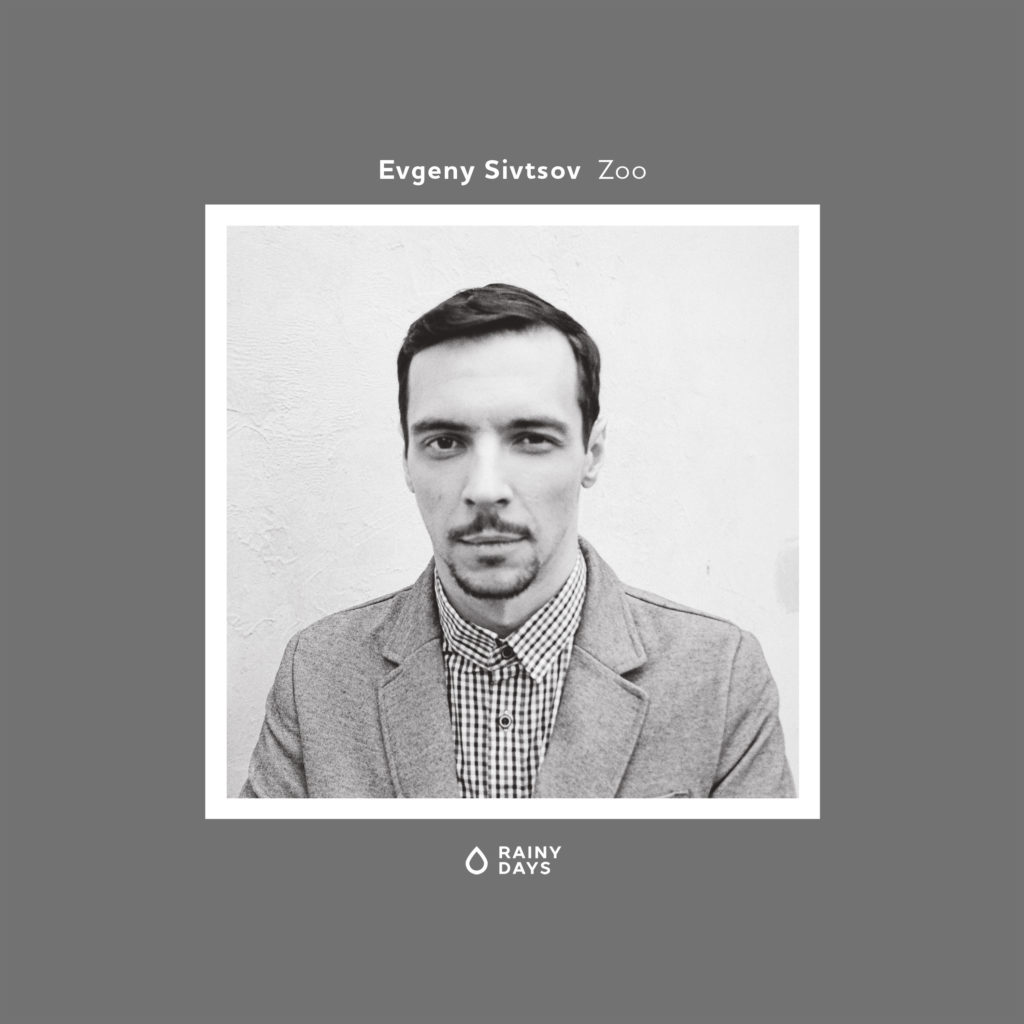 G&D Share New Video: G&D, the collaborative moniker of Georgia Anne Muldrow and Dudley Perkins, shared a video combining the songs “Protect Yourself” and “P.A.L.” (Post Apocalyptic Love). These songs are featured on their third, critically acclaimed album, Black Love & War, out now. The video begins with depictions of police misconduct and brutality and ends on a hopeful note with Muldrow and Perkins proclaiming their post-apocalyptic love. Watch the video via the player below.

Miles Davis Trumpet to Hit Auction: Christie’s will auction off next month a trumpet designed by Miles Davis, which could sell between $70000 and $100000. The trumpet features a deep blue lacquer and gilt crescent moon and stars, with the name “Miles” inscribed on the bell, and it is part of a set of three colored trumpets commissioned by Davis and made by the Martin Company around 1980. Christie will be offering it its “Exceptional Sale” in New York on October 29. 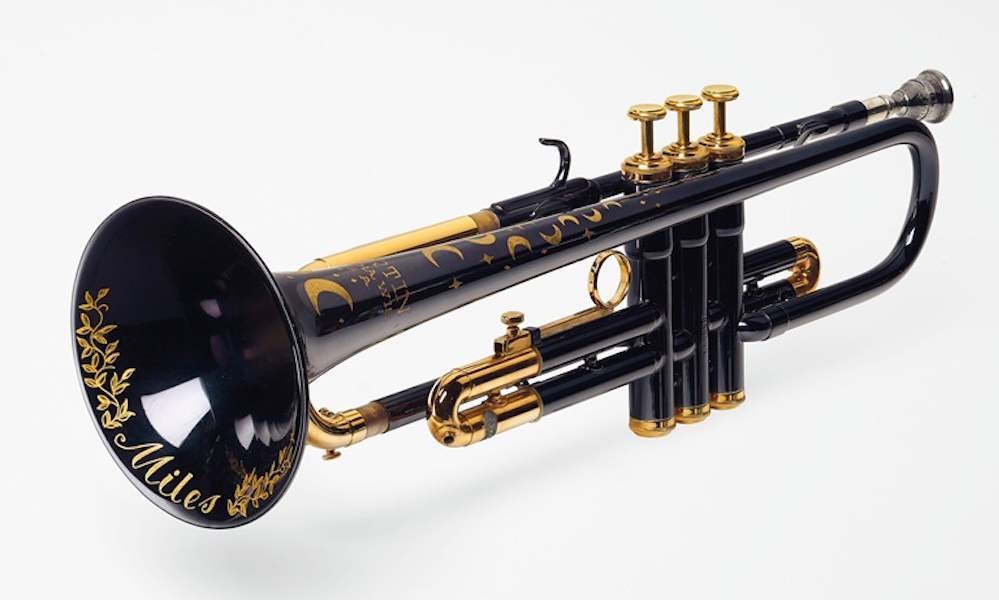 Aretha Franklin Tribute Concert in London: Aretha Franklin will be celebrated with an all-star concert at London’s The Barbican. The concert, titled “Respect to Aretha,” will take place on September 12 and feature such artists as Afrobeat collective Betty Lavette, José James, Alice Russell and more, performing a program of Franklin-favorites as well as lesser-known gems.

Emma Frank New Album Release Show Tonight: Brooklyn-based singer/songwriter Emma Frank returns with her new album, Come Back, on September 6. This is her first album for Justin Time and her second collaboration with pianist Aaron Parks. Frank will be playing a special album release show at the Knitting Factor in Brooklyn, New York tonight and has announced additional tour dates. For more information, visit her website. You can also watch the Ayo Tsalithaba-directed video for the first single off the album, “I Thought,” via the player below. 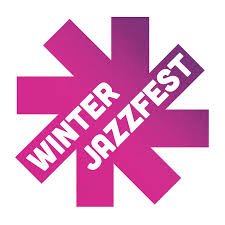 Winter Jazzfest to Address Wellness and Social Issues: Winter Jazzfest has put out a call for projects related to issues of wellness. The festival has, in fact, announced that it will address wellness – including such subtopics as lifestyle, addiction, mental-health and more – through the music, talks and films of the program of its 16th edition, which is to take place in New York on January 8-19. The topic of wellness has been added to the festival’s focus on jazz intertwined with social issues, including racism, Black Lives Matter, mass incarceration, climate change and more.

Having etched her name in the history of rock and roll, Pretenders frontwoman Chrissie Hynde makes a volte-face on her stunning jazz debut, Valve Bone Woe. Recorded at London’s famed Air Studios, the new album was produced by Marius De Vries and Eldad Guetta and recorded with the Valve Bone Woe Ensemble. It finds her interpreting works of a wide range of great songwriters and innovators, from Charles Mingus to Brian Wilson and from Ray Davies to Frank Sinatra, among others. “Jazz is something I grew up around, thanks to my bro,” she explains via a statement, “and I’ve always had a soft spot for it.”

Italian jazz trumpet maestro Enrico Rava and acclaimed U.S. saxophonist of Italian descent Joe Lovano are releasing their new album, Roma. Out just a couple of weeks after the former’s 80th birthday, the record captures their live performance at the Italian capital’s Auditorium Parco della Musica from last November, during which they co-led a quintet and performed some of their favorite songs, ending the program with a medley that feels like an exploration of the history of modern jazz. Roma also features pianist Giovanni Guidi, drummer Gerald Cleaver and bassist Dezron Douglas – the latter making here his ECM debut.

Rhino is releasing Miles Davis’ never-before-heard 1985 album, Rubberband. The album marked a radical shift in direction for the trumpet legend, who enlisted musicians from the soul and funk spectrum and was to feature vocalists Chaka Khan and Al Jarreau. The record was finally completed by its original producers Randy Hall and Zane Giles with Davis’ nephew and collaborator Vince Wilburn Jr. The new edition also features new vocals recorded by Lalah Hathaway and Ledisi.