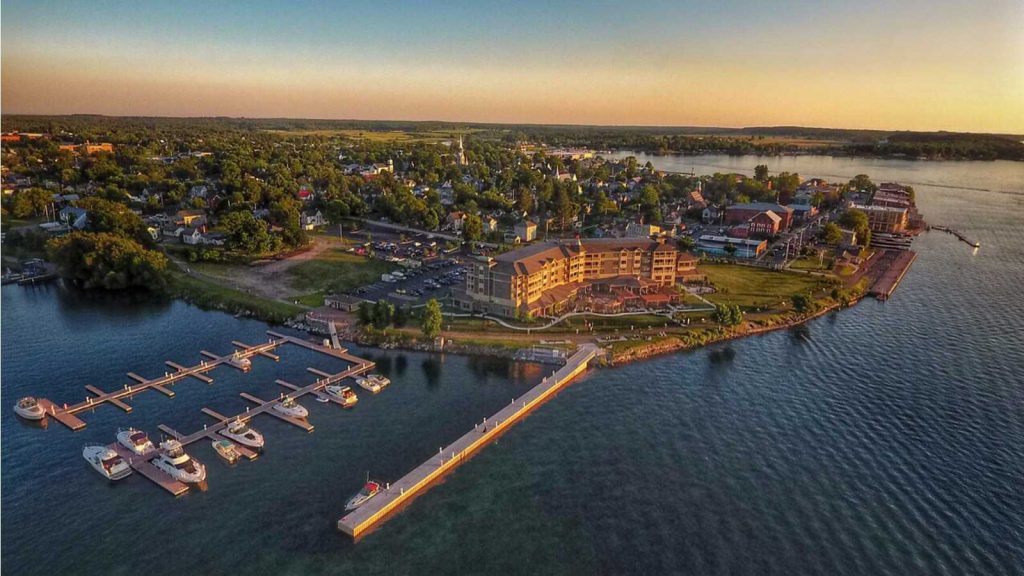 The Clayton Jazz Festival wrapped up its fifth year on September 23 after a weekend of outstanding jazz along the beautiful St. Lawrence River in northwestern New York state. Local musicians were featured across the festival’s various stages, and headliners for the event included fingerstyle guitar master Mark Sganga and Latin Grammy-nominated guitarist Bernie Williams, formerly of the New York Yankees (and probably the only jazz musician to have earned a World Series MVP award).

The Clayton Jazz Fest, with its rural setting and all-in attitude, exemplified just how good a  small-town jazz festival could be. And these days, they can be really good. Just like their major-market counterparts — think Montreal, Newport, San Jose, Chicago and Detroit — small-market festivals often serve as premier travel destinations in their own right, offering great music and scenic getaways on a quieter, more intimate scale.

The Clayton Jazz Festival, however, has the advantage of being located in one of the most scenic areas of the Northeast, in a town that harbors a long fascination with the arts. In fact, says festival director Bruce Hodge, the small community prides itself on its proud history as an arts haven. 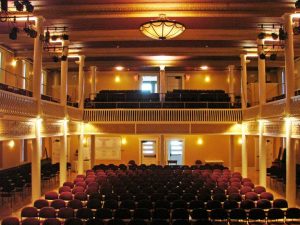 “Historically, Clayton served as a retreat for wealthy, art-loving New York residents, who would flock to the area to attend concerts at the Clayton Opera House,” said Hodge, referring to Clayton’s premiere performance venue, a Nationally Registered Historic Place originally built in 1903. Fortunately, that artistic vibe hasn’t waned a bit, and neither has the prestige of the Clayton Opera House, which is why to this day, the Clayton Jazz Festival houses all of its headlining acts on the Clayton Opera House stage.

Historic architecture aside, Clayton’s biggest draw is its access to the St. Lawrence River, providing scenic vistas that Hodge says have to be “experienced to be believed.”

“Clayton is spectacularly beautiful,” added Hodge. “There is something magical about the place. The history, the beauty. To get out there on the water and sip a cocktail, watch the huge ships pass by — it’s just phenomenal. The festival blends the region’s love of jazz with its love of the river. It’s a special place.”

Hodge, who lives part of the year in South Florida, ranks Clayton high on his list of top travel destinations. How high? “I went to a villa in Tuscany last year,” he said. “And while I could see myself coming back there, I didn’t want it taking away from my time in Clayton! I just love the small-town feel, and how everybody’s so friendly. It’s a part of Americana that has, for the most part, disappeared.”

Another benefit of the small-town jazz festival, says Hodge, is that the town itself often serves as its own concert venue. Clayton is no exception. In addition to the Clayton Opera House, performances also take place The Frink Park Pavilion along the bank of the river and at many local businesses. Live jazz was even incorporated into a live yoga class.

Hotels and restaurants take part in the festivities too, offering special jazz festival rates and discounts — not to mention opening their doors to after-hours jam sessions. All of which is to say that the Clayton Fazz Fest is a premier destination for travel-minded jazz fans.

And yes, the music lives up to the area’s natural beauty. This year’s performance by the Bernie Williams Collective was a particular fan favorite, as this famed New York Yankees center fielder put on a performance that rivaled his athletic play on the field. That should hardly come as a surprise. Williams fell in love with baseball and music — particularly the sound of flamenco guitar — as a child in his native Puerto Rico. After a long and successful career in Major League Baseball, he retired to concentrate on his guitar playing, and in 2016 earned his bachelor’s degree in music from the Manhattan School of Music. Joining him on stage during his Clayton performance was trumpeter Don Harris, bassist Dave Anderson, drummer Joel Rosenblatt and pianist Chris Clark.

Fans also loved the performance by Mark Sganga, a self-described “Brazilian music nut” who is the holder of the title of 2009 International Freestyle Guitar Champion. At Clayton, his fingerstyle wove a rich tapestry of beautiful melody, dynamic rhythm and imaginative improvisation, culling songs from his previous two albums, An Evening in Rio and SgangaNova. Joining Sganga on stage was bassist Martin Pizzarelli and drummer Jonathan Peretz.

Sganga, a native of the New York area who has performed with bossa nova pioneer Nanny Assis and guitar legend Les Paul, says he enjoys Clayton’s small-town setting for the receptivity of the audience.

“I love it,” said Sganga. “These festivals are great. The audience is built in. They don’t necessarily know what to expect, but they’re always receptive. It’s a chance to make a lot of friends and have some fun.”

For curious fans who missed the fest but would still like a taste of what Clayton has to offer, fear not. The festival continues with its second installment on October 10-12 with Jazz in the Classroom, in which visiting musicians will hold workshops for local jazz students. This portion of the fest will be capped by a performance by The Brighton Beat, an Afrobeat ensemble from Brooklyn who will be making their fourth appearance at the festival.

Tickets for the event, which will take place at the Clayton Opera House, are available now. Click here for more info.

Small-town jazz festival seekers can also start marking their calendars for next year’s fest. Dates have been announced as September 20-22. Hodge recommends staying at the 1000 Islands Harbor Hotel, a stunning Adirondack-style lodge located along the banks of the river, or the St. Lawrence Spirit Distillery and Chateau, a family owned and operated farm-based distillery.

Bottom line: if you’re looking to experience the beauty of rural upstate New York and the quaintness of small-town life while enjoying top-tier jazz, this is the festival for you. Says Hodge, “It’s got this quality feel about it. Clayton is a family-oriented, laid-back community that kind of wants to share itself with whoever shows up.” Here’s hoping next year it’s you.

This article was brought to you by the Clayton Jazz Festival. For more information on the fest, visit claytonjazzfest.com.