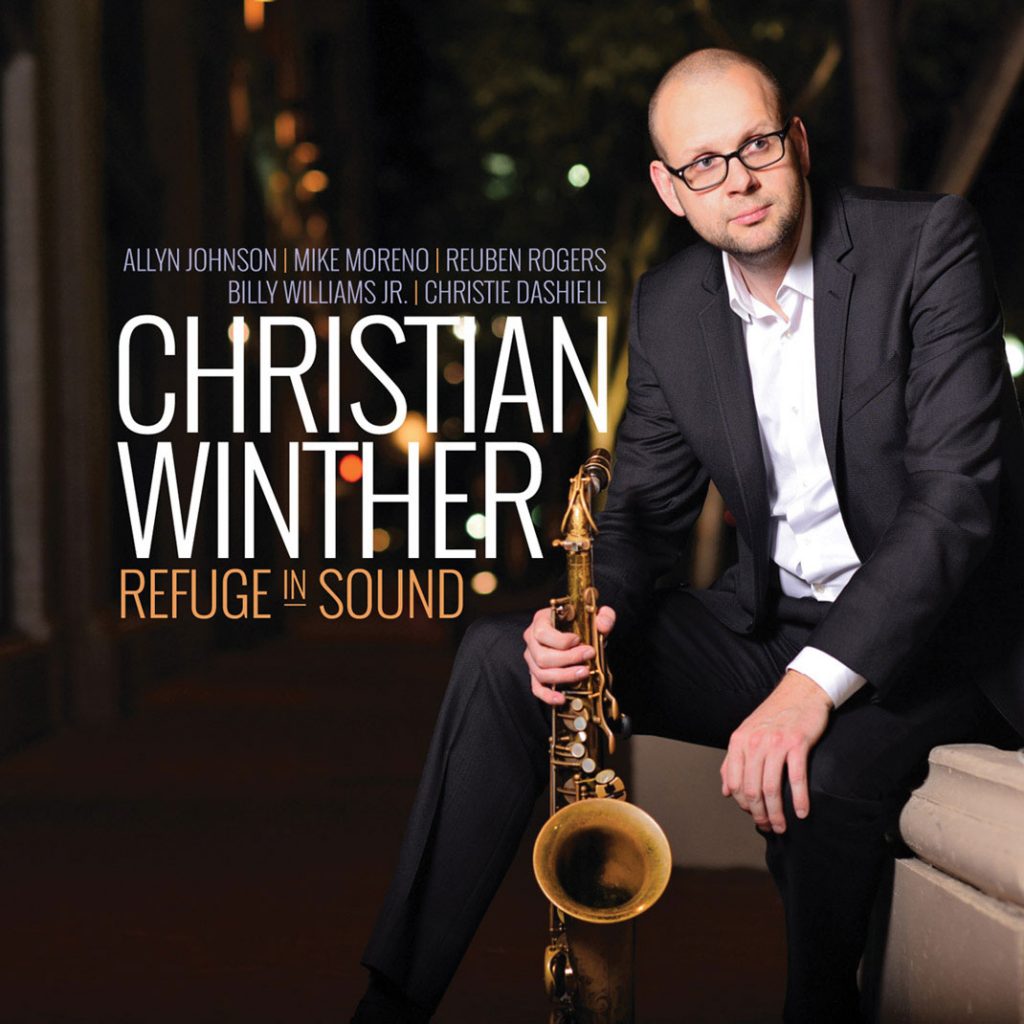 New Orleans exerts a powerful tug on musicians from Northern Europe. For decades, the Crescent City has pulled Nordic and Germanic practitioners of blues, jazz and funk across the Atlantic with the hopes of tapping into the musical mojo that seems to drip from the trees like Mardi Gras beads. Danish-born saxophonist Christian Winther is among their number. While growing up in Denmark, Winther listened to his dad’s jazz albums. Louis Armstrong was an early favorite. While Winther started off playing clarinet at age 11, he switched to saxophone and Charlie Parker and John Coltrane became increasingly important to his aesthetic. He later gained admission to the University of New Orleans, where he studied with Ellis Marsalis, Victor Goines and Harold Battiste, among others. His latest recording, Refuge in Sound (Sound Perspective Music), certainly doesn’t scream New Orleans. Rather, it’s a laid-back, sophisticated collection of ballads and blues. Winther evokes a wistful mood on “Looking Back,” our selection, on which his sighing tenor floats featherlike atop the sensitive rhythm team. Guitarist Mike Moreno adds to the nocturnal ambience, while pianist Allyn Johnson, bassist Reuben Rogers and drummer Billy Williams Jr. create a hushed backdrop for Winther’s heartfelt ruminations.