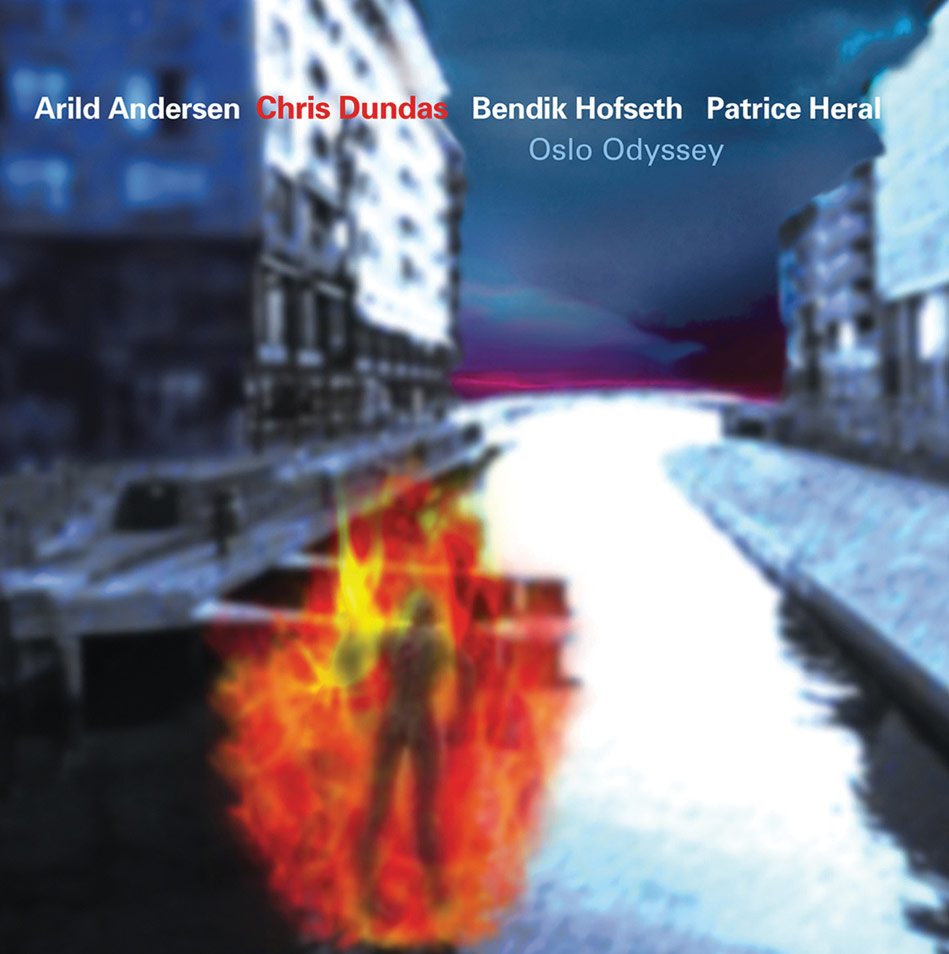 Travelers frequently find the most interesting places when they don’t use a map. That’s the lesson of Oslo Odyssey, pianist Chris Dundas’s sophomore release — which arrives a mere 14 years after his self-titled debut. The first half of this two-disc set spotlights a handful of Dundas’ compositions, and they’re a worthy batch rendered well by a fine group of players. But the second CD, entirely improvised by the performers, is where the recording truly comes to life.

Joining Dundas are some of Norway’s top jazzers: saxophonist and ex-Steps Ahead member Bendik Hofseth, bassist Arild Andersen (an alum of the ’70s-era Jan Garbarek Quartet) and Andersen’s drummer, Patrice Heral. The lineup would seem to make the California-based Dundas the odd man out — but rather than dragging his collaborators into unfamiliar terrain, he happily operates within their comfort zone. On “Great Pacific Garbage Patch Waltz,” his chording creates a sturdy foundation that supports melancholic passages dominated by Hofseth and sections that allow Heral and Andersen to goose the tempo. The dramatically effective “You’re Gonna Tempt Me” and “Fukushima Rain” offer similar dynamic juxtapositions, while the aptly named “Quiet Now” and “Lontano” are slow burns that satisfy despite a dearth of surprises.

In contrast, “Pilgrimage,” the 23-minute-plus opus that opens Disc 2, is a journey into the unknown, with the players tentatively feeling their way along before catching a groove that inspires Hofseth’s spikiest soloing, allows Dundas to display his skills as a colorist and gives Heral the opportunity to add to the atmosphere via subtly manipulated background vocals. On “Waiting for the 4:20 From Godot,” which follows, Andersen fiddles with looping in equally fresh ways, while “If I Should Come Home” and “Full Circle” mutate from one minute to the next. The latter begins with lovely lines from Hofseth before evolving into a funky vamp replete with beat-boxing from Heral that splits the difference between cheesy and charming. It’s an unexpected destination, but a welcome one. — Michael Roberts