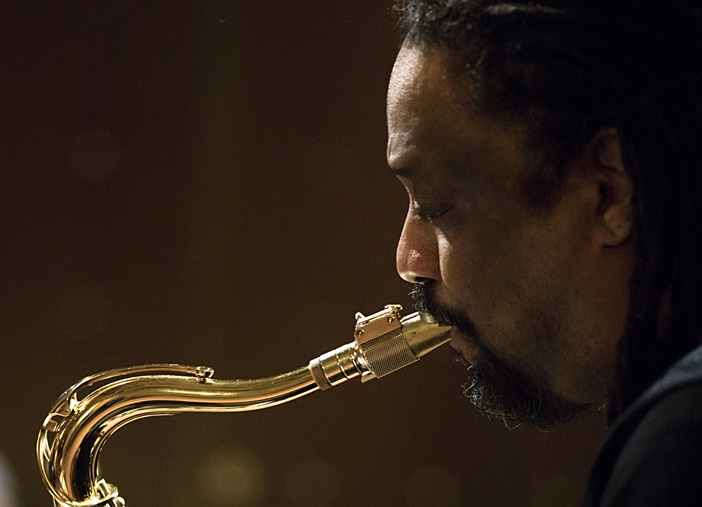 Saxophonist Chico Freeman will return to the U.S. in May after living and working in Europe for the last decade. He will be celebrating his homecoming with the domestic release of a new album, Spoken Into Existence, on the Viennese label Jive Music, on May 13.

On the album, Freeman is joined by an international quartet, which he has worked regularly with since 2013, and is composed by Italian pianist Antonio Faraò, Swiss bassist Heiri Känzig and American drummer Michael Baker.

Spoken Into Existence consists of mostly originals, spanning an array of styles ranging from hip-hop to bebop.  It also features compelling arrangements of Miles Davis’ “Seven Steps to Heaven,” and Stanley Turrentine’s “Soft Pedal Blues.” Regarding his selection of material for the new album, Freeman said, “The standards I choose to play are ones that touch me, and they’re usually written by jazz musicians with some exceptions. Most of my work is about presenting original material.”

On top of releasing Spoken Into Existence to mark his return to the U.S., Freeman will also be introducing audiences to a new ensemble at its debut performance at Dizzy’s Club Coca-Cola in New York on May 19. The new group, named The Chico Freeman Plus+tet, will feature pianist Orrin Evans, bassist Kenny Davis, drummer Nasheet Waits and percussionist Reto Weber.

Chico Freeman’s First New York Appearance In More Than a Decade, May 19