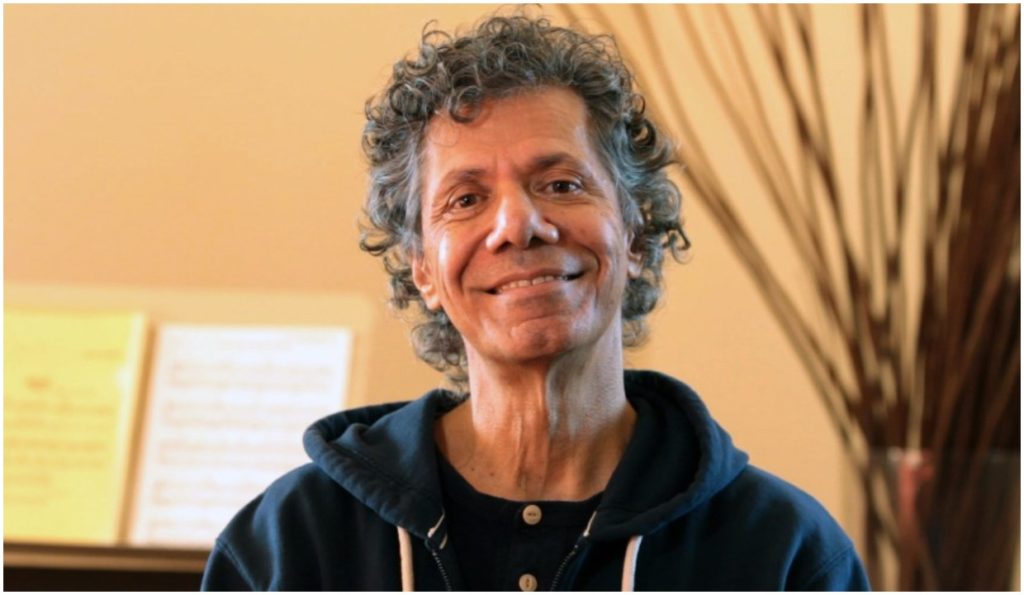 Terence Blanchard Named First Kenny Burrell Chair in Jazz Studies: Grammy-winning trumpeter/composer and music educator Terence Blanchard has been named the first Kenny Burrell Chair in Jazz Studies at the UCLA Herb Alpert School of Music. The chair was established to honor legendary jazz guitarist/composer Kenny Burrell, founder and former director of jazz studies at UCLA, and is a key component of the school’s new global jazz studies, which ensures that the program will attract the caliber of jazz instruction at UCLA for generations to come. “Terence’s accomplishments are impressive and astounding for their range,” said school of music Dean Judith Smith, who initiated the creation of the chair in 2016. “His commitment to educating the next generation of jazz artists and his devotion to illuminating social justice issues through his music embodies our UCLA values and align with the mission of our global jazz studies program.”

Chick Corea Announces New Album: Chick Corea has announced he will release a new album with his Spanish Heart Band. Titled Antidote, the new album will be released on June 28 via Concord Jazz and include reinterpretations of songs from the keyboard legend’s classic albums My Spanish Heart (1976) and Touchstone (1982), plus new compositions and guest appearances by vocalists Rubén Blades, Gayle Moran Corea and Maria Bianca. Watch a short behind-the-scenes clip of the making of Antidote via the player below.

Blue Note Documentary Set for Theatrical Release: Mira Film and Eagle Rock Entertainment have announced the start of the U.S. theatrical rollout for the documentary Blue Note Records: Beyond the Notes, directed by Sophie Huber. The feature documentary dives deep into legendary jazz label through rare archival footage, interviews, music and other priceless material. It will hit U.S. screens starting today, June 14, in New York at the Metrograph. It will also play at the Laemmle Monica in Los Angeles from June 28, before rolling out to cinemas across the nation. The theatrical run will be followed by TV broadcasts and a DVD release later in the year. Watch the trailer for Blue Note Records: Beyond the Notes via the player below.

Nils Landgren Receives German Order Of Merit: Swedish-born trombonist Nils Landgren, one of the most successful and versatile jazz musicians in Europe today, received the Bundesverdienstkreuz (Order of Merit of the Federal Republic of Germany) from the President of Germany, Frank-Walter Steinmeier on June 13. The award was presented to him by Hans-Jürgen Heimsoeth, German Ambassador to Sweden, at the Ambassador’s official residence in Stockholm. The Bundesverdienstkreuz is in recognition of Landgren’s major contribution to the German music scene.

Cornelius Digital Release of Remastered 2002 Classic Album: Japanese Shibuya-Kei pioneer Cornelius has announced the digital release of a remastered version of Point, originally released in 2002, also including original B-sides and remixes by such contemporaries as Kings of Convenience, Matthew Herbert and Yann Tomita. Upon its original release, Point marked a departure from Cornelius’ earlier cut-and-paste heavy sound to a more fluid and organic aesthetic. The album also included “Drop,” one of his biggest international hits, and you can hear his live performance of this song from the 2018 Sonar Festival in the player below.

Beshken to Perform Music from his New Album Live For the First Time in NYC: Multi-instrumentalist Ben Shirken, a.k.a. Beshken is set to play the material from his new album, Aisle of Palm, live in New York City at Elsewhere, Zone One in Brooklyn. This will be the first time that Beshken will be performing tracks from the album live in New York City. Aisle of Palm is out today and signifies an exciting stage in the producer’s career, that underscores his versatility as a producer and honesty as a songwriter.

Al Di Meola Returns to Ridgefield, Connecticut: Guitarist/composer Al Di Meola returns to Connecticut’s Ridgefield Playhouse this Saturday, June 15, with his Opus & More Acoustic U.S. Tour, part of the Moffly Evening of Art Wine & Jazz Series. There will be a complimentary wine tasting and an art exhibit by Leslie Connito prior to the concert in the lobby. Other artists scheduled to perform as part of the Moffly Evening of Art & Jazz are Jon Batiste & Stay Human (June 21), Bernie Williams and His All-Star Band (July 12), Corinne Bailey Rae (August 3), Jane Monheit (September 6) and the Preservation Hall Jazz Band with Yusa (October 22). 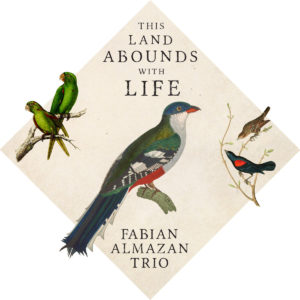 Pianist/composer Fabian Almazan, hailed by Terence Blanchard as “one of the great young talents of his generation,” releases today his fifth album as a leader via his Biophilia imprint. This Land Abounds With Life is a trio recording, featuring bassist Linda May Han Oh and drummer Henry Cole, plus string quartet on one track. An impassioned appeal to our common humanity and the welfare of our planet, the LP also includes electronic experiments, Almazan’s own field recordings from his first trip to his native Cuba in 23 years, and other devices to create an epic portrait of nature and folkloric expression. 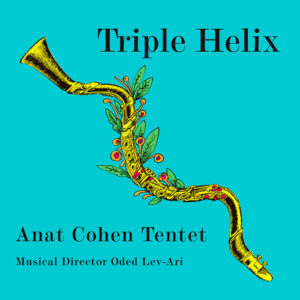 Led by Grammy-nominated clarinet virtuoso Anat Cohen and featuring some of today’s most adventurous musicians, the Anat Cohen Tentet has become one of today’s most exciting album. Its follow-up to their 2017 album debut, Happy Song, is titled Triple Helix after a three-piece concerto piece composed by the group’s musical director Oded Lev-Ari. The new LP also includes new Cohen compositions and other tracks – including a standout arrangement of Astor Piazzolla’s “Milonga Del Angel” – that both suit the Tentet’s idiosyncratic strength, and mark an evolution in its sound. 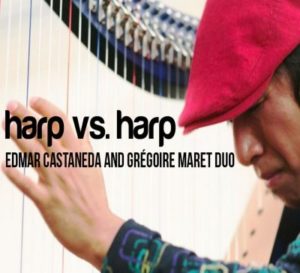 Swiss-born harmonica player Grégoire Maret and Colombian harpist Edmar Castañeda have rewritten the rulebook for their respective instruments, redefining what they are capable of, particularly within the jazz spectrum. Having already done several performances as a duo, they join forces on a new album, Harp Vs. Harp, recording in New York City, where they’re both based. Here, they continue to innovate, exploring such themes as spirituality and nostalgia, expressing their shared love of Brazilian music and jazz, and showcasing their strong musical affinity, with guest spots from Béla Fleck and Andrea Terra on a few of its tracks.