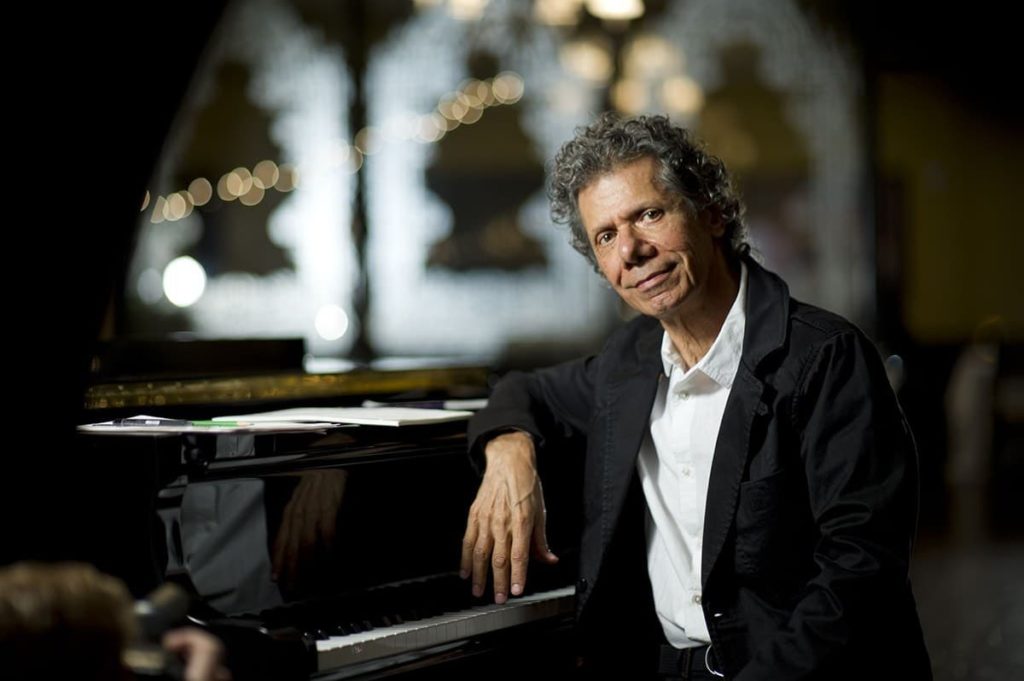 Chick Corea, a pianist and keyboardist who for the past five decades has been a leader in almost every modern jazz genre, was born on this day (June 12) in Chelsea, Massachusetts, in 1941. Corea began studying music at age 4 and landed his first professional gig with showman Cab Calloway in the early ’60s. Important sideman work with trumpeter Blue Mitchell, flutist Herbie Mann and saxophonist Stan Getz followed, and in 1966 he recorded his debut album as a leader, Tones for Joan’s Bones. After working with Miles Davis in the 1970s — most notably on Davis’ game-changing fusion album Filles de Kilimanjaro — Corea went on to form his own fusion band, Return To Forever, with Stanley Clarke on acoustic bass, Joe Farrell on soprano sax and flute, Airto Moreira on drums and percussion and Moreira’s wife Flora Purim on vocals. It would go on to become one of the most influential fusion ensembles of the 20th century.

Our Song of the Day, “Spain,” comes from Return to Forever’s sophomore album Light As A Feather. With its graceful melody and fiery syncopated beat, it’s a powerful testament to Corea’s love for Spanish music, which continues to this day. The keyboardist is about to release a new flamenco album, Antidote, featuring his Spanish Heart band. It’s due out on Concord Records on June 28.