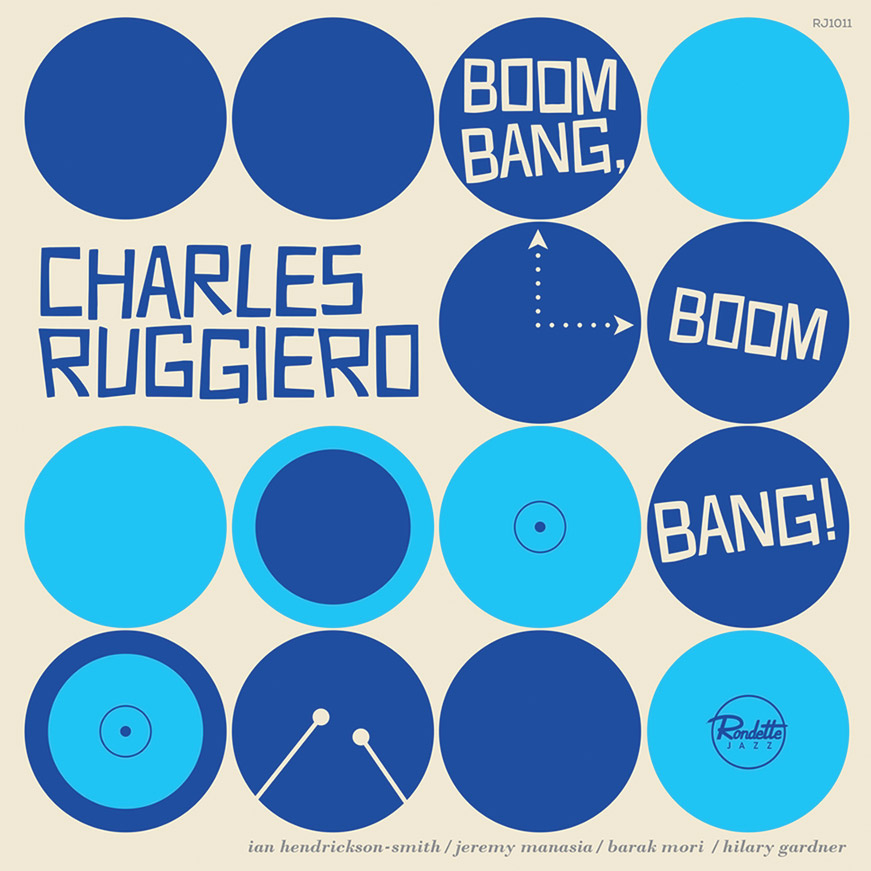 Charles Ruggiero is a second-generation jazz drummer (his dad, Vinnie Ruggiero, kept time for the likes of Slide Hampton) who’s spent the past 25 years accompanying performers as disparate as Chuck Mangione and Molly Ringwald. But despite its title, Boom Bang, Boom Bang! — the first album “where my name is the big one,” as Ruggiero writes in the liner notes — is hardly a kit-walloping slam fest. Rather, it’s a laid-back quartet session distinguished by Ian Hendrickson-Smith’s flute and Jeremy Manasia’s Fender Rhodes.

The set opens with “Little Green Men,” a Peter Bernstein composition in which Hendrickson-Smith takes the sprightly melody, while Ruggiero, Manasia and upright bassist Barak Mori form the foundation. The arrangement is solidly in the tradition: Ruggiero gooses Manasia’s solo segments with fills that show how well-versed he is in the playing of Art Blakey and Philly Joe Jones, who were guests at the Ruggiero home during his youth. And if there’s nothing revelatory about the results, they’re never less than pleasant.

The same can be said for the tunes that follow. Manasia’s “Waltz for B” is a lovely air that makes room for occasional Ruggerio-led flurries within its deliberately paced structure; “The One Step” remains relaxed and effortless throughout, not straying far from Chick Corea’s original; “Elmhurst,” by Hendrickson-Smith, achieves a quietly mysterious, serpentine feel; The Bird and the Bee’s “I’m a Broken Heart” stands out thanks to the inclusion of guest singer Hilary Gardner; and Al Street’s “Liftoff” concludes the recording on a brisk, finger-snapping note.

Boom Bang, Boom Bang! is a fairly modest effort — a nice-enough listen, but one that hardly sounds as if Ruggiero has been champing at the bit to make it over the course of the past quarter-century. The exclamation point in the title isn’t strictly necessary. — Michael Roberts