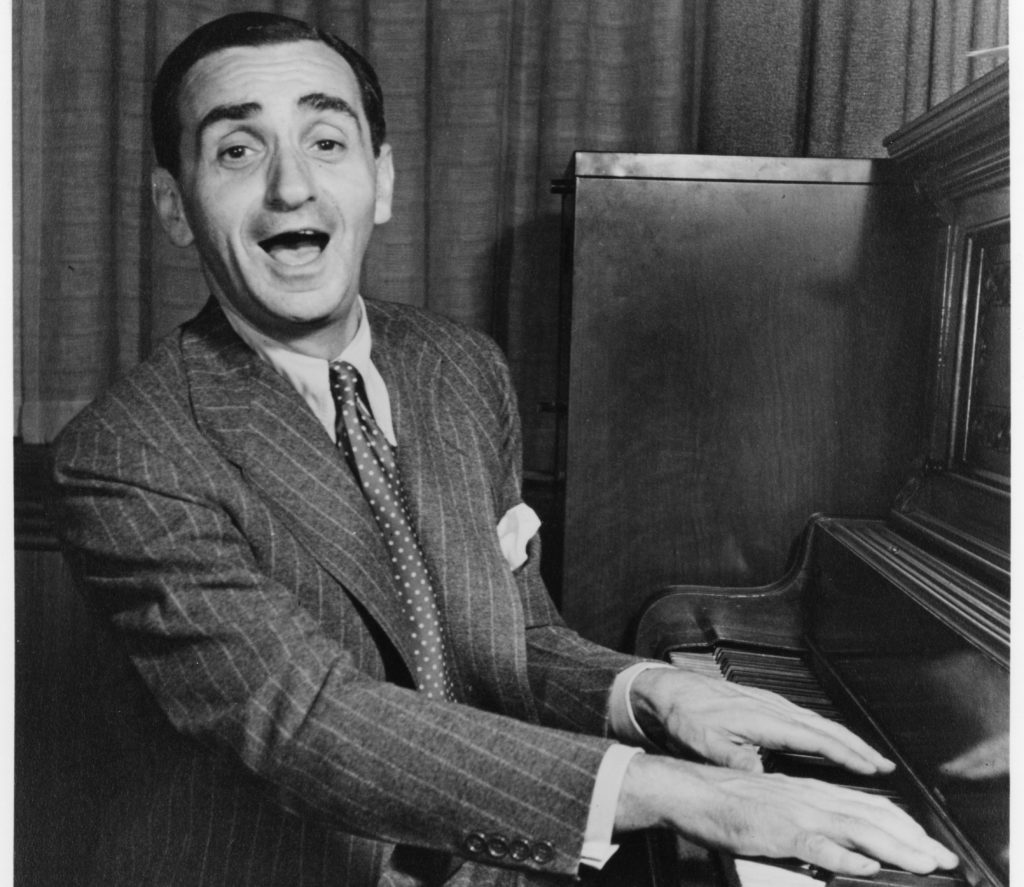 That’s certainly high praise, but if anyone can live to up it, it’s Irving Berlin. Throughout his career, Berlin wrote more than 1,000 songs, making him one of the most prolific composers of all time. His music was America’s soundtrack of the 20th century, a constant presence on stage and in movies during two world wars, the Great Depression, Prohibition and beyond.

He was born Israel Isidore Beilin on the other side of the world in a small Jewish village near the Siberian border on May 11, 1888. Life for Jewish families was tough under Russian rule and the Beilins were among the many who decided to leave their home country in search of a better life, immigrating to New York City in 1893. Things did not start too well for them; eight years after they arrived in the United States, Irving’s father died. Formal education was out of the question; at 13-years-old, he had to start earning a living by singing in New York street corners.

He left home in his early teens and discovered a love of music in the most unlikely of places: the rough bars of New York’s Bowery district. During these “formative years,” he learned to play the piano — but only the black keys. He would never better his skills as a musician, nor would he ever learn to read music. Somehow, none of this mattered and, in retrospect, it may even have helped him approach songwriting from a unique standpoint.

Berlin’s first hit came in 1911 with the song “Alexander’s Ragtime Band,” which became a hugely successful music sheet in the years before recording music became a widespread practice. That same decade, he discovered the world of musical theater and started a run of Broadway hit shows, including Watch Your Step (1914) and The Century Girl (1916). He also began a prolific partnership with Broadway impresario Florenz Ziegfeld Jr. on his Ziegfeld Follies. When movies became talkies, he wrote some of the most beloved songs to have graced the silver screens, including the entire score for the celebrated 1935 Fred Astaire/Ginger Rogers musical, Top Hat.

Decade after decade, he never slowed down and continued to release hit songs at a surefire pace. Many of his compositions, including “God Bless America,” “There’s No Business Like Show Business,” “White Christmas,” “Blue Skies,” “How Deep is the Ocean?,” “Puttin’ on the Ritz,” “Cheek to Cheek,” “Easter Parade” and countless others, remain hugely popular to this day and are among the most covered songs of all time.

In honor of the great composer’s birthday, we’ve decided to round up a collection of playlists that showcase Berlin’s talent from various angles. From well-known hits to hidden gems, classic recordings to modern re-inventions, you’ll find everything you need to celebrate the 131st anniversary of one of the world’s best songwriters.

Dig into the soulful side of Berlin with covers of his most famous tunes by history’s best soul and R&B artists, including Aretha Franklin, Otis Redding, The Isley Brothers, Sam Cooke and more.

For all the film buffs out there, we bring you a collection of Berlin’s tunes from the silver screen, with choice selections from the films Easter Parade, Holiday Inn, Annie Get Your Gun, White Christmas and others.

Lastly, no roundup of Irving Berlin’s music would be complete without jazz. After all, so many of the tunes we today call jazz standards originated in Berlin’s notebook. This Jazz Versions playlist features some of the biggest names in jazz history — from John Coltrane and Miles Davis to Charles Mingus and Chet Baker — playing songs that have become timeless.