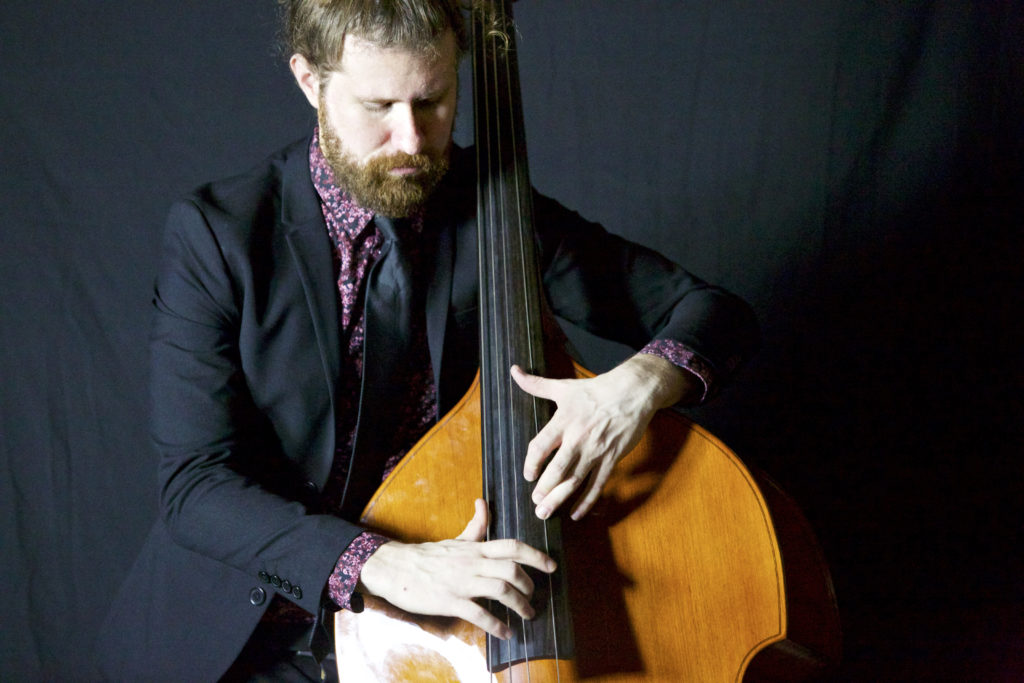 You might remember Casey Abrams as the acoustic bass-toting, jazz-crooning finalist on Season 10 of American Idol, on which he surged to a remarkable sixth-place finish on the strength of songs by Ella Fitzgerald, Ray Charles and Art Blakey. There’s no denying that Abrams was hugely responsible for bringing jazz to the masses, so it’s no surprise that after showcasing his vocal talent — and considerable bass chops — on live TV, he would go on to a fulfilling career as a singer-songwriter in the jazz-pop vein, releasing his self-titled debut on Concord Records in 2012. The album, which was co-produced by Ameican Idol‘s Randy Jackson, featured Jamie Cullum on piano and fellow Idol contestant Hailey Reinhart on vocals. A follow-up, I Put a Spell On You, was released on the audiophile label Chesky Records in 2018, and found the California-based vocalist treading back into jazz territory.

Now Abrams is back with Jazz, a just-released record from Chesky that marks the vocalist’s full-fledged return to the Great American Songbook. “Why Don’t You Do Right?,” today’s Song of the Day, is a stripped-down, intimate affair, with just Abrams’ voice and bass working in tandem to create a nuanced portrait in blue. Abrams’ voice spans a remarkable range, both in terms of timbre and texture, with wispy, smoke-curling falsettos giving way to gravelly, full-throated wails. We’ll have more on this rising young jazz star soon, but for now, enjoy this striking new cut from Jazz, which was released May 31 and is available on Amazon, iTunes and HD Tracks now.