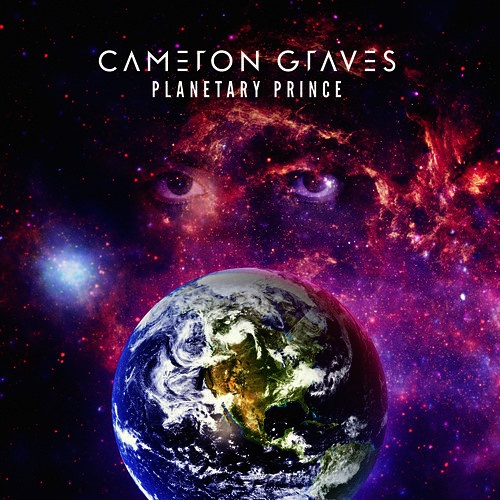 If Cameron Graves played electric guitar instead of piano, his debut solo album, Planetary Prince, would be a heavy-metal record. Graves’ playing style is most notable for its relentlessness, and his supporting musicians prove equal to his ferocity. Drummer Ronald Bruner Jr. and alternating bassists Stephen “Thundercat” Bruner and Hadrien Feraud animate this scorching collection of funk, rock, and hip-hop grooves, demonstrating the ability to sustain unhinged momentum without ever sounding forced or redundant.

Although it was released in February, Planetary Prince was recorded in a single 11-hour session during the same studio residency that produced tenor saxophonist Kamasi Washington’s 2015 magnum opus, The Epic. As members of the Los Angeles-based jazz collective The West Coast Get Down, Graves and his sidemen — some of whom he’s been playing with since high school — all contributed to Washington’s record. But despite the overlap in personnel, Graves has no difficulty in establishing an independent identity. In fact, the pianist’s compositional voice is so distinctive and narrow that many tracks risk sounding nearly identical at first. “Satania Our Solar System,” “The Lucifer Rebellion,” “The End of Corporatism,” “El Diablo,” and the title track are all built on knotty, off-kilter chordal vamps with urgent, often odd-metered rhythms that sound like tremors from some massive, pent-up source of energy.

Fortunately, variety in form keeps the music fresh. Some pieces open with florid piano improvisations that resemble romantic-era cadenzas — likely a product of the bandleader’s classical training — while others launch into the beat like an alarm clock. Trombonist Ryan Porter, trumpeter Philip Dizack and, naturally, Kamasi Washington lend a soulful grandeur to tracks including “Adam and Eve” and “Isle of Love.”

Thrilling technicality, earnest passion and an acute sense of style justify even the record’s over-the-top moments. Some listeners might grow exhausted by the ceaseless intensity with which Graves realizes his cosmic aspirations, but the band members most certainly do not. Planetary Prince is an 80-minute explosion of musical ideas that reflects the musicians’ decades of prior collaboration.

5 Reasons To Check Out the Detroit Jazz Festival