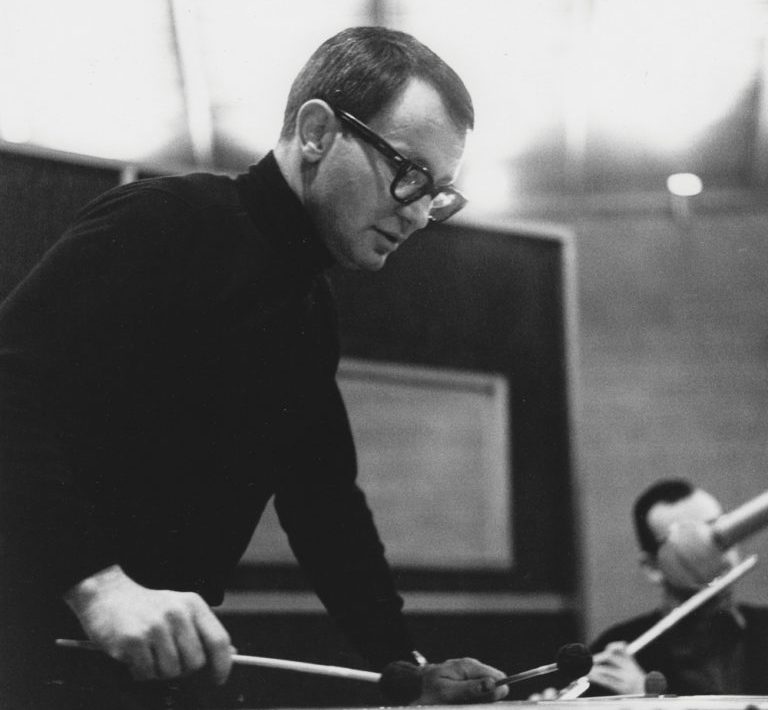 Vibraphonist Cal Tjader, one of the earliest musicians to introduce Latin elements into the jazz idiom, was born on this day (July 16) in St. Louis, Missouri, in 1925. The son of Swedish vaudeville entertainers, Tjader grew up in the Bay Area, where he was groomed for a life in showbusiness. He began tapdancing at 2 years old, and was also taught classical piano by his father. Despite these auspicious beginnings, he initially wanted to pursue a career in education, and after serving as a hospital corpsman in the Navy, he enrolled as an education student at San Francisco State College. It was there that he took his first and only formal musical lessons — on the timpani drums.

After graduating from college, Tjader remained in the Bay Area and would continue to perform around San Francisco. Through doing so, he would eventually link up with pianist (and recent Army discharge) Dave Brubeck, and the two would form an ensemble with Tjader on percussion. The band quickly became one of the most popular musical acts in the region, and Tjader, rising to meet the demands of his rigorous touring schedule, taught himself the vibes.

In 1964, Tjader would score his biggest hit as a recording artist with the song “Soul Sauce” from an album of the same name. A Dizzy Gillespie original, Tjader’s version features a hypnotic Afro-Cuban groove punctuated by splashes of colorful vibraphone and the occasional shout-out of “Guachi Guaro” — a nonsense Spanish word made up by the group’s drummer, Willie Bobo. It became so popular that it landed in the Billboard Top 50 chart for 1965. Today, the album is considered a masterpiece of Latin jazz.