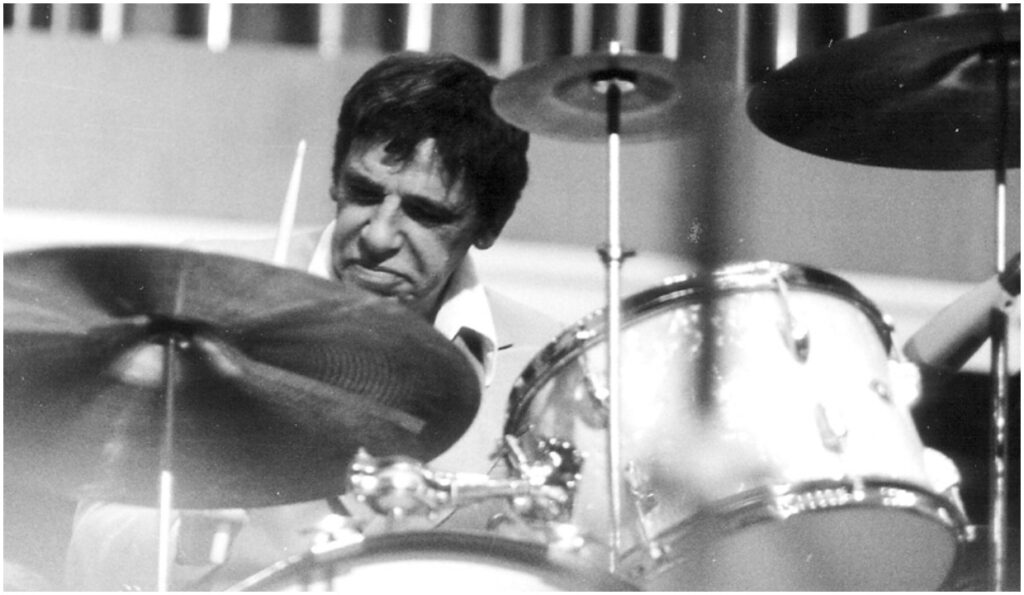 Jazz at Lincoln Center Announces Inaugural Jack Rudin Jazz Championship: The Inaugural Jack Rudin Jazz Championship will take place throughout Jazz at Lincoln Center’s Frederick P. Rose Hall on January 18-19, 2020. This is a two-day invitational competition featuring ensembles from ten of the most well-engaged university jazz programs in the United States. The competition events will include a combo showcase in The Appel Room and a final concert featuring the Jazz at Lincoln Center Orchestra with Wynton Marsalis in the Rose Theater. The final competition will feature performances by the three top-placed bands, which will be followed by an awards ceremony and announcement of the band taking top honors. The ensembles will also participate in rehearsals, workshops and competitions on the Rose Theater stage. 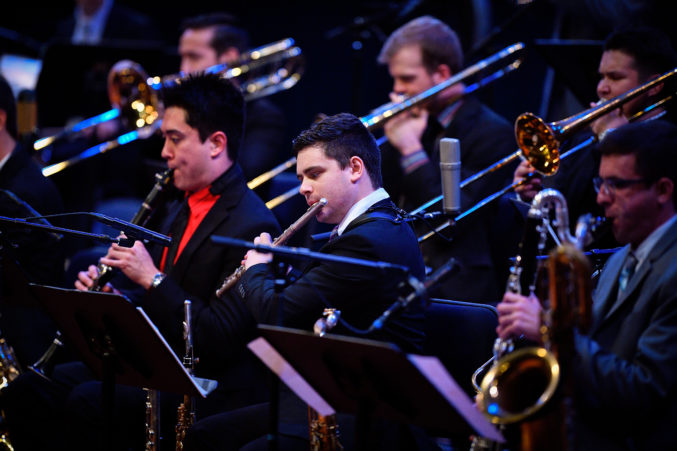 Rare Milton Nascimento Ballet Soundtracks Out on Vinyl Soon: Far Out Recordings is releasing Maria Maria by Milton Nascimento on vinyl for the first time ever on December 13. The singer/songwriter is known as one of the greatest exponents of Brazilian music. He wrote the album as the soundtrack to a ballet, which dealt with the legacy of slavery in his native country. Maria Maria was originally recorded in 1974 but remained unreleased for almost thirty years. Its December 13 vinyl release precedes Far Out’s vinyl reissue of Nescimento’s 1984 follow-up ballet soundtrack Ultimo Trem, set for early 2020. 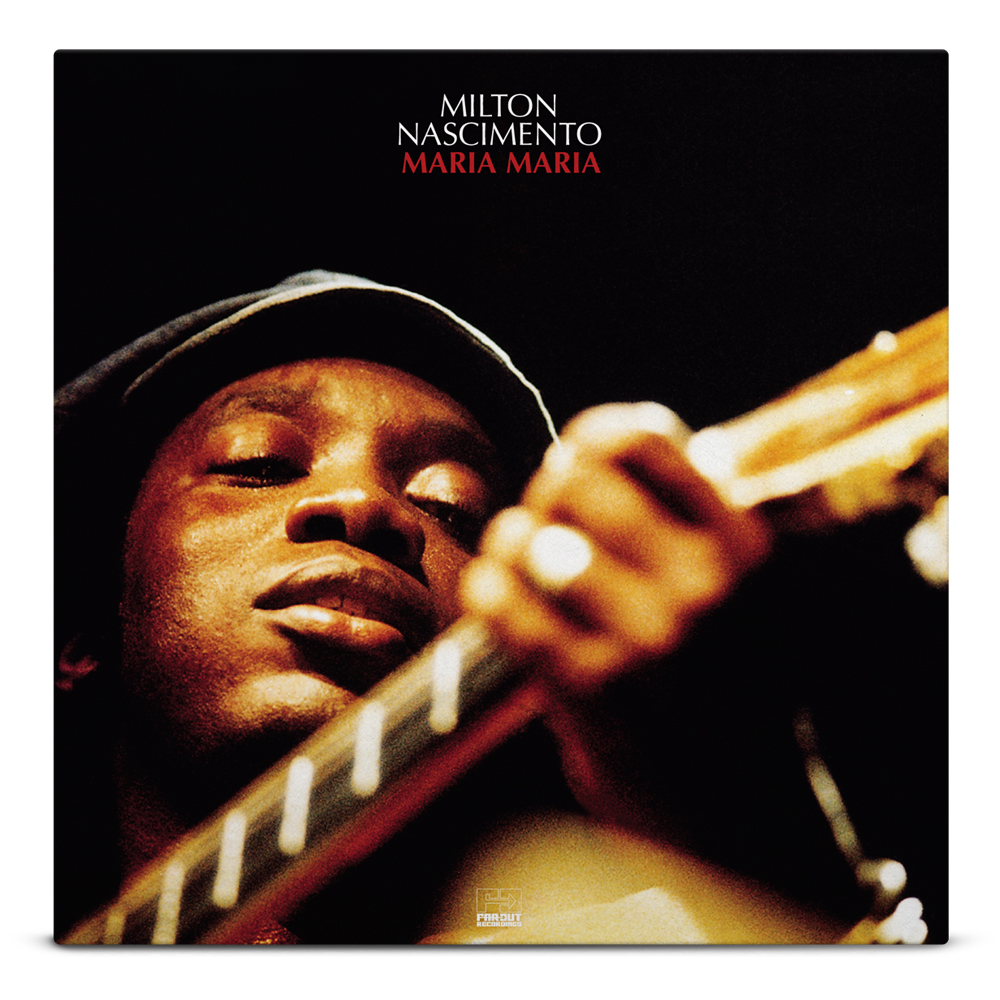 Last Ever Buddy Rich Recording Due Out December 6: Gearbox Records and the Rich Estate have announced the forthcoming release of Just In Time: The Final Recording, the last-ever recording of American drum legend Buddy Rich. The LP documents a big band live performance at London’s famed Ronnie Scott’s from 1986 and comes with exclusive liner notes from the drummer’s daughter, vocalist Cathy Rich – who is also featured on the recording alongside such musicians as pianist Matt Harris, bassist Rob Amster and many more. Just in Time is due out December 6. 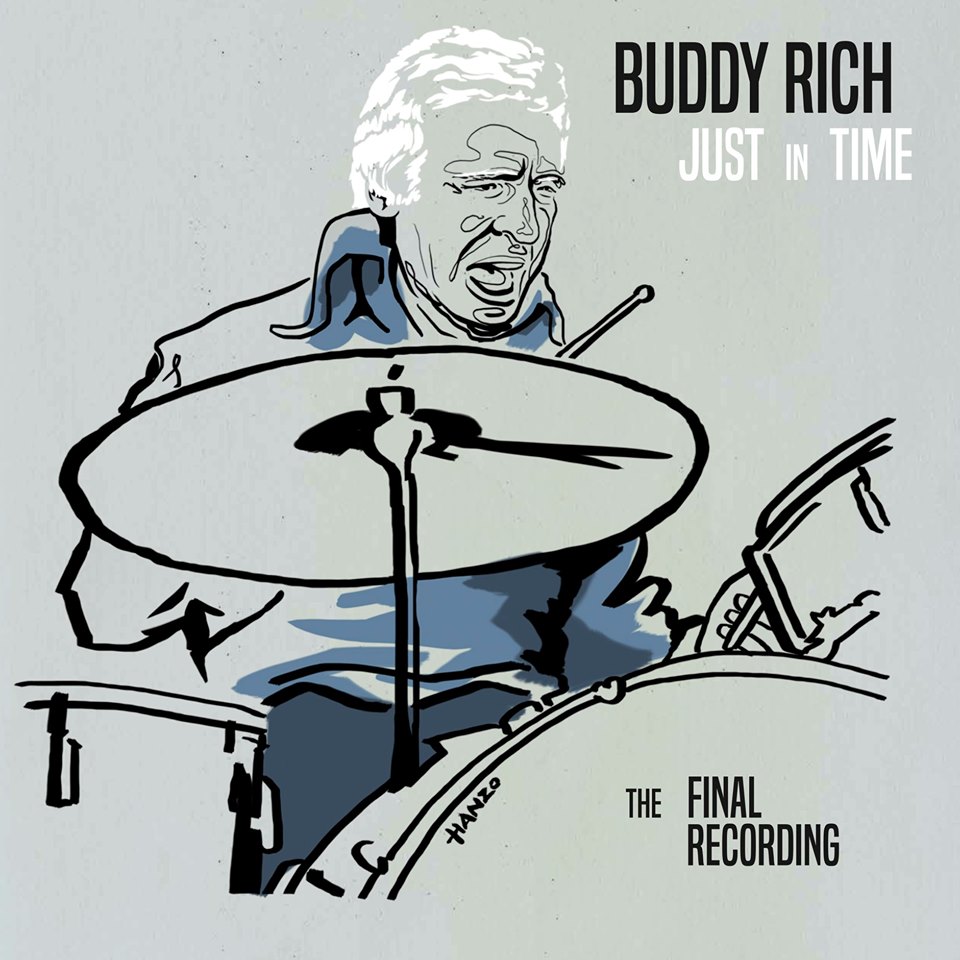 Downtown Inks Deal to Represent Entire Miles Davis Catalog: Downtown Music Publishing has signed a global publishing agreement to represent the entire catalog of legendary jazz trumpeter/composer Miles Davis. The long-term agreement was signed with the Miles Davis Estate and it covers Davis’ entire songbook. In addition to catalog marketing, licensing, and royalty collection, Downtown will collaborate with the Miles Davis Estate on a range of events and other special projects that highlight not only Miles’ compositions and musicianship, but his contributions more broadly as a cultural and style icon whose influence extended to visual art, fashion, film, and design. With this announcement, Downtown is unveiling a specially-created new image by Brooklyn-based illustrator Lauren Tamaki. 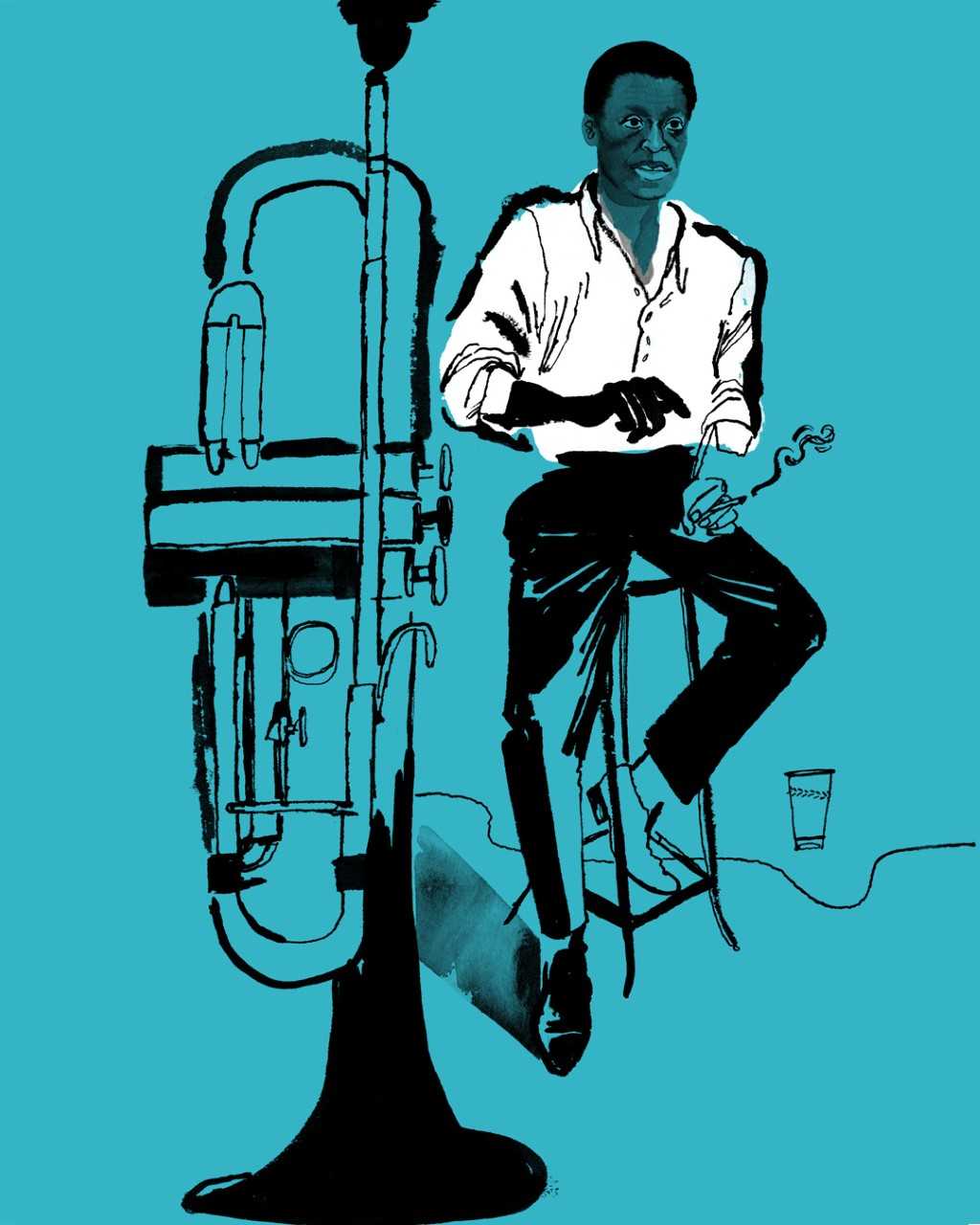 Simone Baron and Arco Belo to Release “Genre-Fluid” Record: Pianist/accordionist Simone Baron introduces her hybrid chamber ensemble Arco Belo on her upcoming album, The Space Between Disguises. Baron defines the group as “genre queer,” a term she uses to define Arco Belo’s “shapeshifting, genre non-conforming binary music [embodying] the spirit of the musical polyglot, restlessly searching for the next texture, the next timbre, the next melody.” The Space Between Disguises is due out November 8 via GenreFluid Records.

New Vinyl Box Set Celebrates The Staple Singers: Craft Recordings will release a vinyl box set celebrating The Staple Singers, one of music’s greatest gospel and soul groups, on December 6. The set is titled Come Go With Me: The Stax Collection and it presents all of the group’s studio albums released on the iconic Memphis label, Stax Records, spanning 1968-1974, plus a seventh disc of rarities, non-album singles and live recordings. The 7xLP set comes housed in a slipcase and includes a deluxe booklet with archival photos and new liner notes from American music specialist and curator Levon Williams and writer Dr. Langston Wilkins. The collection will also be available digitally. 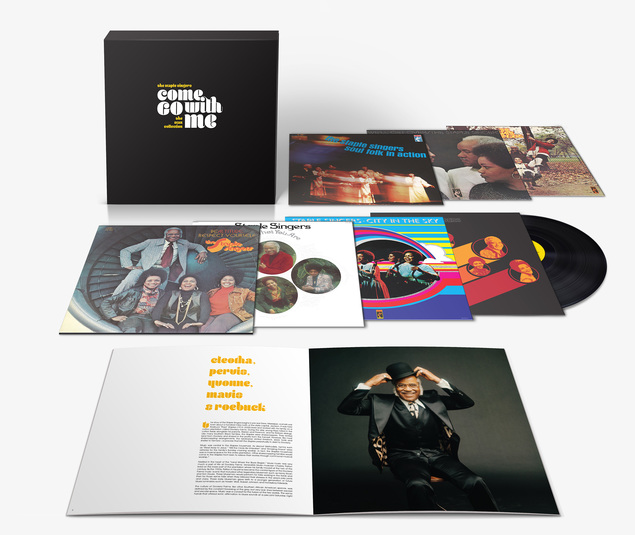 A Celebration of Women in Jazz in Gadsden, Alabama: The 2019 GSCC Jazz Festival, “Celebrating Women in Jazz,” will take place on November 7 in the Wallace Hall Fine Arts Center in Gadsden, Alabama. The program of this free festival will include an educational clinic, live music and an afterparty jam session. The GSCC Jazz Festival will also include four guest artists: saxophonist Roxy Cross, vocalist Christie Dashiell, pianist/vocalist Dr. Kate Skinner and trumpeter Summer Camargo. 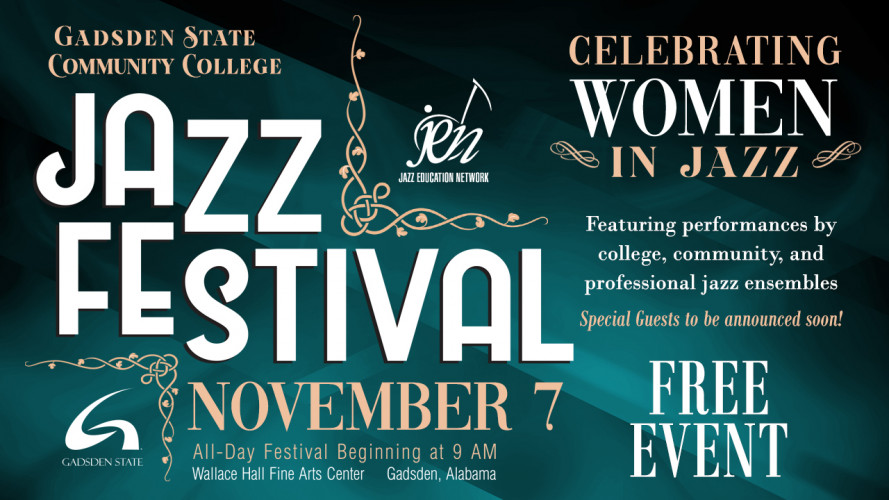 Trumpeter/vocalist Bria Skonberg reflects the times on her empowering new album, Nothing Never Changes. Whether drawing attention to such themes as social conflict, gender issues and political debates or shining a light on more serene aspects of today’s existence, this new LP brims with communicative energy and showcases her maturation as both a songwriter and an interpreter. The album, in fact, features her own compositions as well as artfully chosen covers – including a conclusive, groovy version of Queen’s hit song, “I Want to Break Free.” Joining Skonberg on Nothing Never Changes is her working band of recent years, including pianist Mathis Picard, bassist Devin Starks and drummer Darrian Douglas – along with guest appearances by saxophonist Patrick Bartley, Hammond B3 master Jon Cowherd, and guitar great Doug Wamble.

Jeff Goldblum and the Mildred Snitzer Orchestra, I Shouldn’t Be Telling You This (Decca)

Actor/pianist Jeff Goldblum and his longtime band, The Mildred Snitzer Orchestra, return with a brand new swinging set on their sophomore album, I Shouldn’t Be Telling You This. The new album follows their 2018 debut, The Capitol Records Sessions, and show-stealing performance at U.K.’s Glastonbury Festival from earlier this year. Tom Lewis, V.P. of Decca, called Goldblum the “Pied Piper of Jazz.” Indeed, the new album features a long list of guest stars from the jazz world and beyond – including Gregory Porter, Miley Cyrus, Sharon Van Etten and many more. And with fresh takes on such classics as “Let’s Face the Music and Dance, “Don’t Worry ‘Bout Me” and Herbie Hancock’s “Driftin’,” I Shouldn’t Be Telling You This is already being referred to as the ultimate feelgood album of 2019.

Jon Batiste, Chronology of a Dream: Live at the Village Vanguard (Verve)

Chronology of a Dream is pianist/bandleader Jon Batiste’s latest installment of live songs from New York’s famed Village Vanguard venue. The new album also features trumpeter Giveton Gelin and a rhythm team made up of bassist Phil Kuehn and drummer Joe Saylor. It is also a welcome showcase of Batiste’s blend of American folk and New Orleans dance music, as well as a looser sequel to the burning swing of Anatomy of Angels, released earlier this year. Both albums were, in fact, recorded at The Village Vanguard last fall, on the week of Roy Hargrove’s passing. The trumpet great was one of Batiste’s mentors and the pianist’s take on Hargrove’s original composition, “Soulful,” is one of the standout moments of this set.