Features, From the Magazine
August 1, 2018
by JAZZIZ Magazine
0 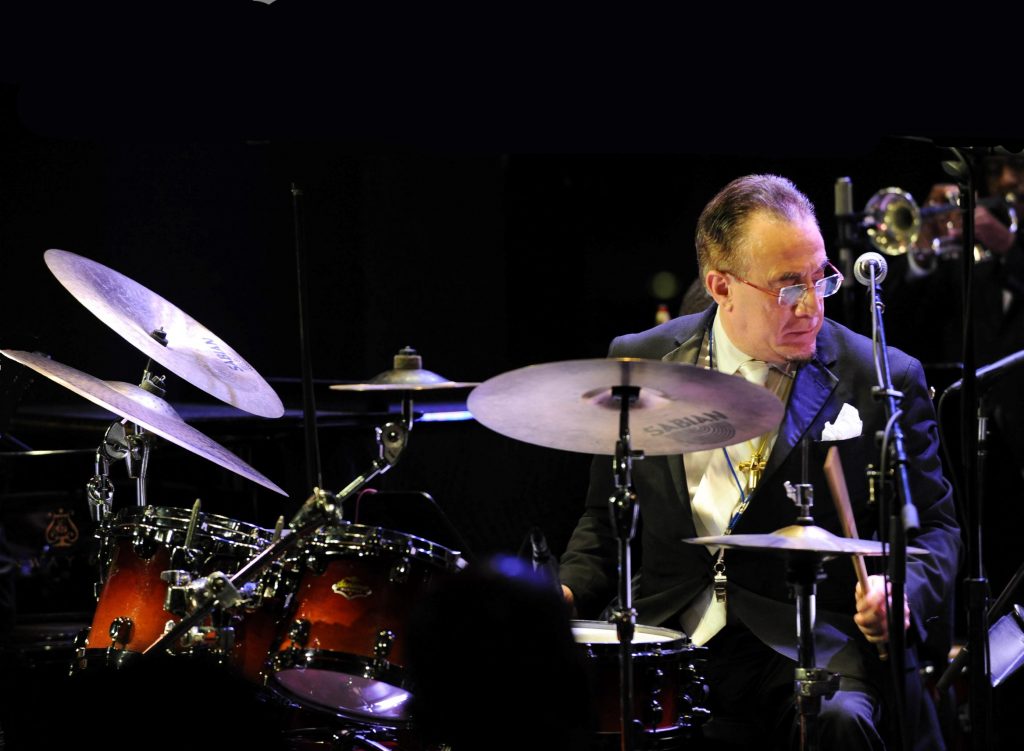 Composer Leonard Bernstein’s score for West Side Story premiered nearly 61 years ago. Yet on the boisterous live recording West Side Story Reimagined (Jazzheads), Bobby Sanabria, drummer, educator and leader of the Multiverse Big Band, makes the songs sound new again by way of vital variations that push Latin jazz to the fore.

“The only way you can do this is if you have knowledge of the folklore and rhythm,” Sanabria says. “My students ask, ‘Why are you always talking about history?’ Well, history is the secret weapon an artist has.” 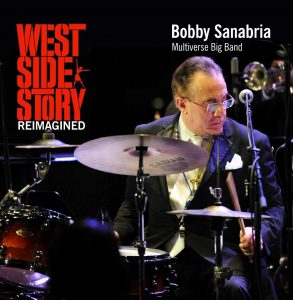 Sanabria was born the same year West Side Story debuted on Broadway; he says with a chuckle that “1957 was a good year.” Because he was raised in the Bronx by parents originally from Puerto Rico, he had a natural affinity for Bernstein’s masterwork and rejects any complaints about elements borrowed from the island’s musical tapestry. “It’s not cultural appropriation,” he stresses. “It’s actually paying homage.”

A decade ago, Sanabria put together his own take on Bernstein’s “Gym Scene” for the Afro-Cuban Jazz Orchestra at the Manhattan School of Music, where he teaches (he’s also on the faculty of The New School). “I put that in the back of my head,” he notes. Then, about three years ago, “I started in earnest, assigning different students and ex-students of mine, and also members of the Multiverse band, to arrange different pieces of West Side Story.” 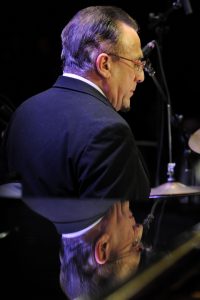 Even with multiple contributors, Sanabria put his stamp on each tune. “I was supervising everything,” he says. “My DNA is all over the music.” On the band’s version of the iconic “Maria,” for example, Sanabria shaped the drumming and chants in ways that equate the title character and her paramour, Tony, to Changó and Oshun, mythological lovers in the religion of Santeria.

The February 2017 debut of this material was, in his words, “a total success,” leading him to schedule a three-night engagement for the Multiverse Big Band at Dizzy’s Club Coca-Cola in New York City that November. By the last show, which Reimagined captures, the musicians were red hot, prompting cries of delight from the audience, including Jamie Bernstein, Leonard’s daughter. “She’s on the album,” Sanabria reveals. “You can hear her screaming and applauding with everyone else.” 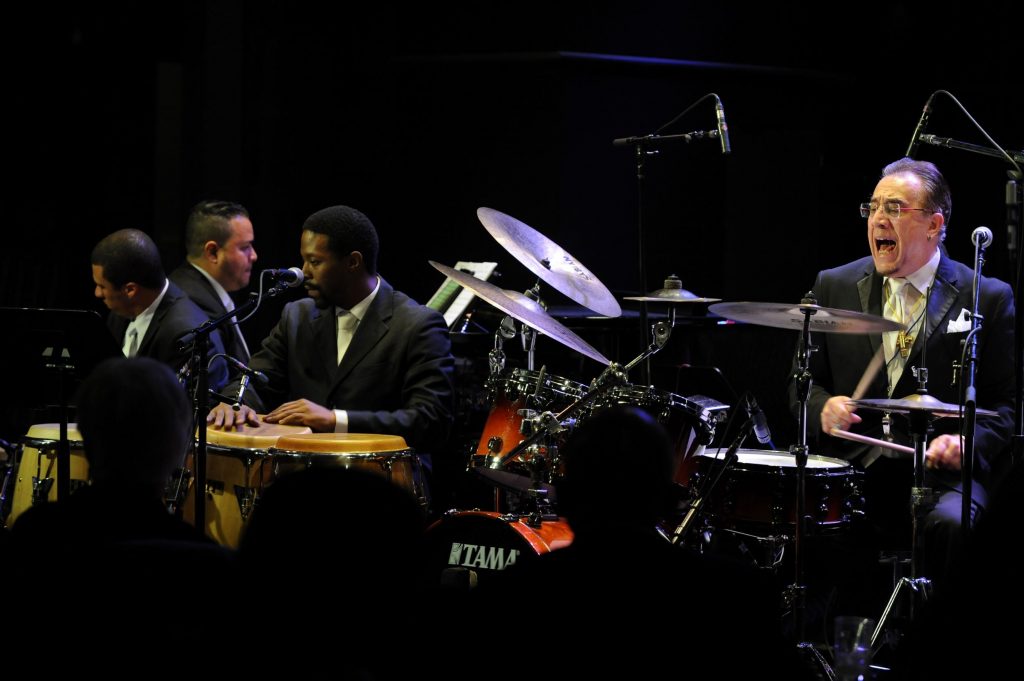 Most of the proceeds from the album are earmarked for the Jazz Foundation of America’s Puerto Rico Relief Fund. “The government has acted less than appropriately” in response to two 2017 hurricanes, Sanabria believes. “This is a great way to help the island, and especially the musicians — and you get to hear some incredible music, too.”

To Sanabria, the fundraising element perfectly caps the project. “Call it serendipity or kismet,” he says. “But it all came together.” —Michael Roberts

JAZZIZ On the Scene: Highlights from the 2018 Jazz Foundation of America Loft Party