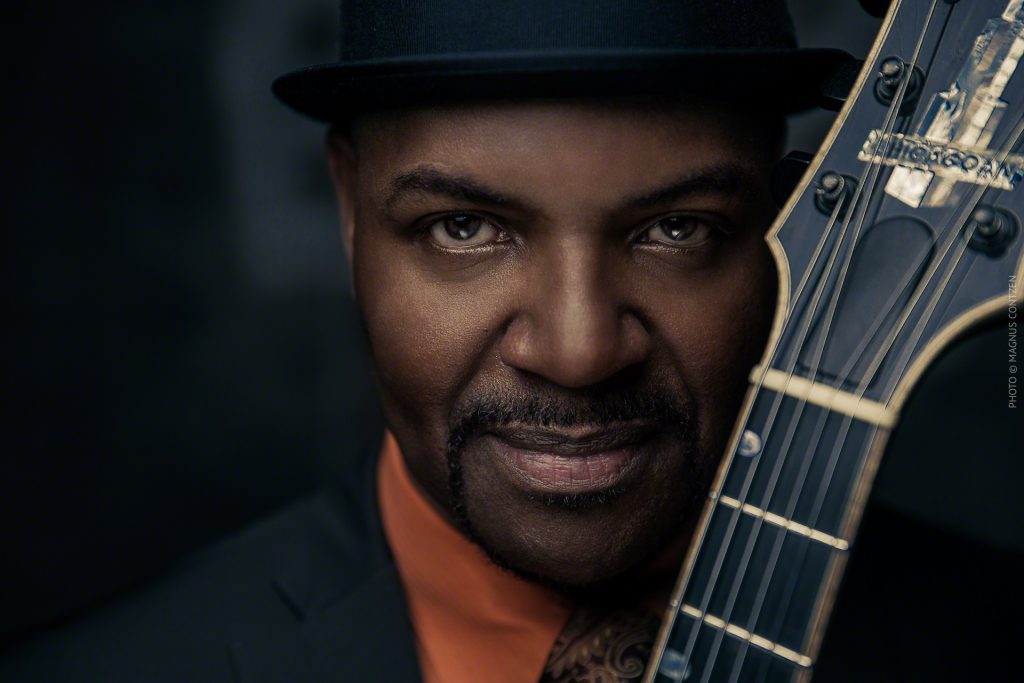 Guitarist Bobby Broom will release his new album, Soul Fingers, on October 12 via Jazzline. The new album finds him embracing the rhythm & blues core of jazz with his new group, the Organi-Station, featuring organist Ben Paterson and drummer Kobie Watkins, playing interpretations of pop melodies from the Beatles and Procol Harum to Bobbie Gentry and Motown, among others.

Watch the premiere of the video for "Summer Breeze" from Soul Fingers via the player below:

Soul Fingers is Broom's 12th album as leader and, much like his 2001 album Stand!, it combines his love of the 60's and 70's jazz and pop melodies that he grew up with. "The difference between Stand! and Soul Fingers is, frankly, nearly twenty years of life," he explains via a press release. "Hopefully that means that much more depth for me as an artist. I would hope that all my experiences play a part in my ability to bring my music to the table and present it to the public in a way that's even more convincing."

The album was produced by legendary drummer-producer Steve Jordan and features his new group, the Organi-Station. The trio was born from the ashes of the Deep Blue Organ Trio and was officially brought together for the first time for Steely Dan's 2014 summer tour. They quickly developed a chemistry that Broom describes as "a wonderful surprise. It was incredible how much this new group jelled, and the level of music that we were able to make."

The band's camaraderie is apparent on their fresh take on the 1972 classic "Summer Breeze," originally recorded by Seals and Crofts, which was also famously covered by The Isley Brothers. The trio plays it with a sexy groove that the guitarist credits to Watkins, though Peterson's marvelous improvised flight and Broom's own careening melodic variations bear equal responsibility for the tune's success.

Other tracks on the Soul Fingers are covers of The Beatles' "Come Together" and "While My Guitar Gently Weeps," Bobbie Gentry's "Ode to Billie Joe," Michael Jackson's "I Can't Help It" and Procol Harum's "A Whiter Shade of Pale," among others. "The interpretation of popular songs doesn't seem to be the mode du jour for jazz players, but I have to play music and a style that suits me, one that I want to hear," says Broom. "This record - these songs, this presentation - is how I want to engage with the world." A Touch of Soul: Bobby Broom Covers Vintage Pop on His Latest Outing