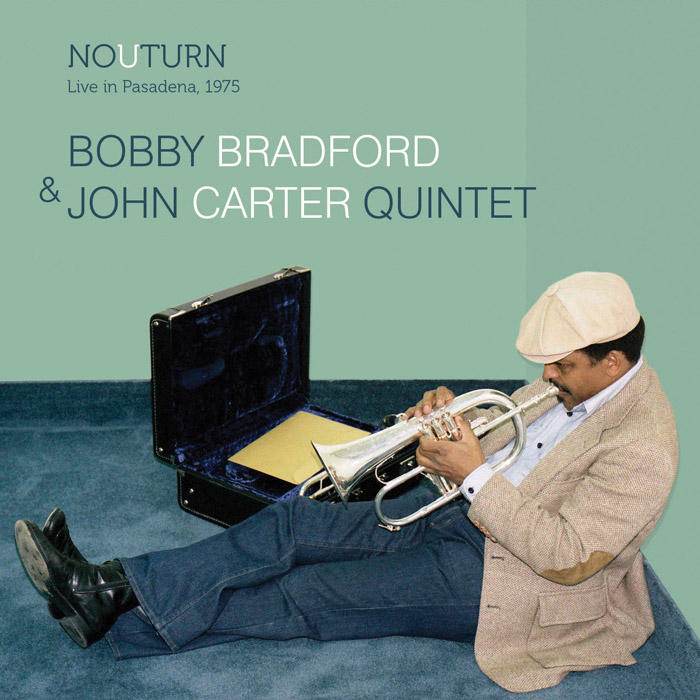 Recorded live at Caltech in November 1975, this disc by the Bradford-Carter Quintet is as intriguing musically as it is historically. According to the press material, No UTurn represents the only recording of this particular configuration, and the “earliest extant recording of Bobby and John in live performance.” It also captures an otherwise undocumented period when Carter, who died in 1991 at age 61, was in transition from multi-reed player to clarinet specialist and just a few years before he began recording his monumental “Roots and Folklore” cycle.

Transplanted Texans Carter and Bradford emerged on the Los Angeles scene. But both the live-recording quality and general aesthetic of No UTurn are reminiscent of the Wildflower series of records from that period’s New York loft scene. Attractive introductory themes give way to freeform spontaneity, the band calibrating textures and rhythmic pulse as they go, as on Bradford’s “Love’s Dream.” Running more than 21 minutes, it’s the longest track here. Drummer William Jeffrey drives the pulse brilliantly, supported by the dual acoustic basses of Roberto Miranda and Stanley Carter, John’s son. Bradford’s lines show off his robust tone and thoughtful mix of bebop runs with more spare melodic invention. Meanwhile, Carter gathers and releases tension in pent-up soprano sprints.

Despite the high-speed, free-jam approach on much of the album, the pieces do each have distinct shapes. For instance, Bradford’s “Comin’ On” (at nearly 20 minutes, the second-longest track) features an extended trio for basses and drums, pizzicato and bowed patterns fluctuating against Jeffrey’s varied rhythms and dynamics.

Two tracks featuring Carter on clarinet merit repeated visits. The introductory cadenza to his piece “Circle” is bravura and displays a stunning range. And his evocative, concise “Come Softly” resounds with long-toned ruminations. Here was the shape of great things to come. —Jon Garelick

Tomas Fujiwara & The Hook Up