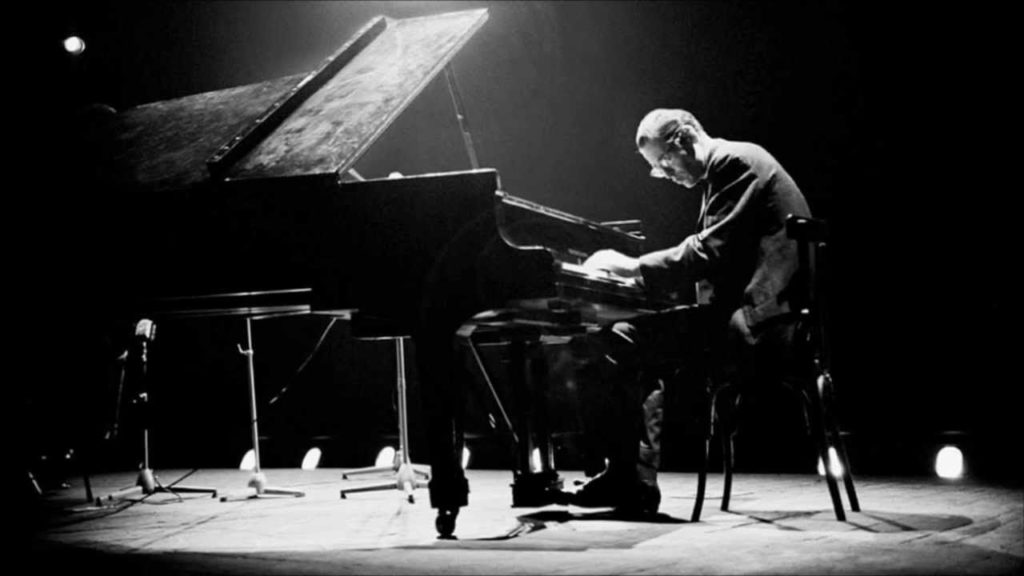 Bill Evans, a pianist with a groundbreaking approach to harmony and a lyrical approach to improvisation, was born on this day (August 16) in Plainfield, New Jersey, in 1929. He would have turned 90 years old today.

Evans studied classical music as a child and would later pursue those studies at Southeastern Louisiana University, where he attended on a flute scholarship. After being discharged from the Army, he returned to New York City in 1955 and began performing in Greenwich Village jazz clubs, where he found a mentor in fellow pianist George Russell, whose “Lydian Chromatic Concept” to harmony would greatly inform Evans’ musical style. The theory, which emphasized the Lydian scale over the major scale in jazz improvisation, also found favor in Miles Davis, and the trumpeter would eventually bring Evans into his group in 1958. The following year, the pianist would appear on Miles’ seminal album Kind of Blue.

Shortly after the release of that album, Evans would go on to form one of the most innovative and memorable trios of his career, with bassist Scott LaFaro and drummer Paul Motian. In 1961, they performed a live set at the Village Vanguard that included the tune “Waltz for Debby,” a composition Evans wrote in 1956 as a tribute to his niece. The set was recorded and turned into two separate albums — Waltz for Debby and Sunday at the Village Vanguard — both of which have become gems in the pianist’s discography. “Waltz for Debby,” in particular, reveals Evans’ strong classical lineage but also his vast harmonic vocabulary and delicate swing feel. Evans, struggled with addiction in his later years, died in New York in 1980. He was 51.