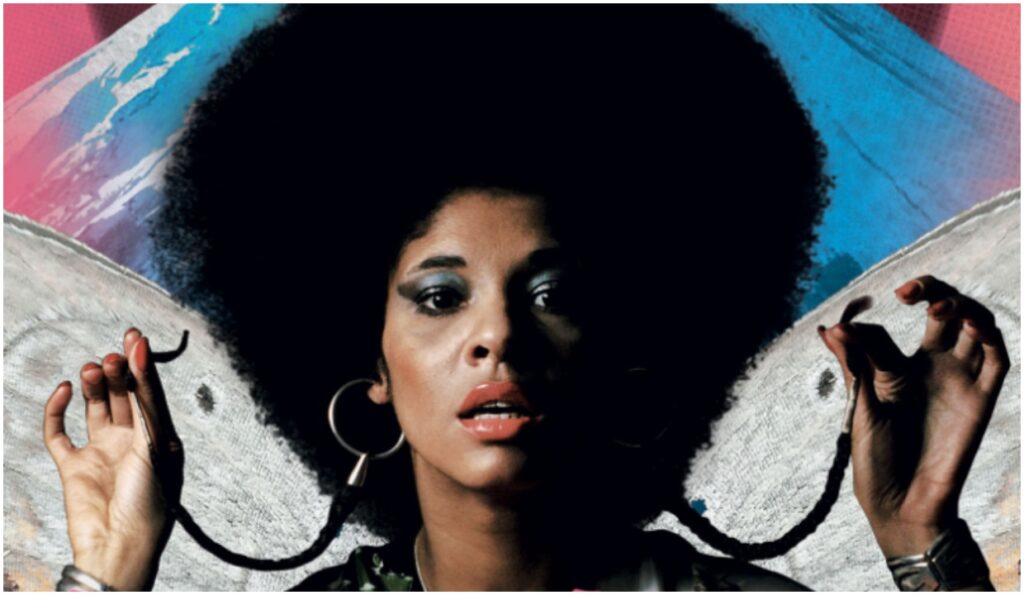 Betty Davis Documentary to Arrive on DVD: Betty: They Say I’m Different is set to be released on DVD on January 17 via MVD Entertainment Group. The film blends documentary and animation to tell the story of the life and career of pioneer music artist Betty Davis – from her humble and poor beginnings to her growth into a fully-realized black female pioneer the world failed to understand or appreciate. Betty: They Say I’m Different is based on a series of conversations with the elusive Davis and is directed by Phil Cox. 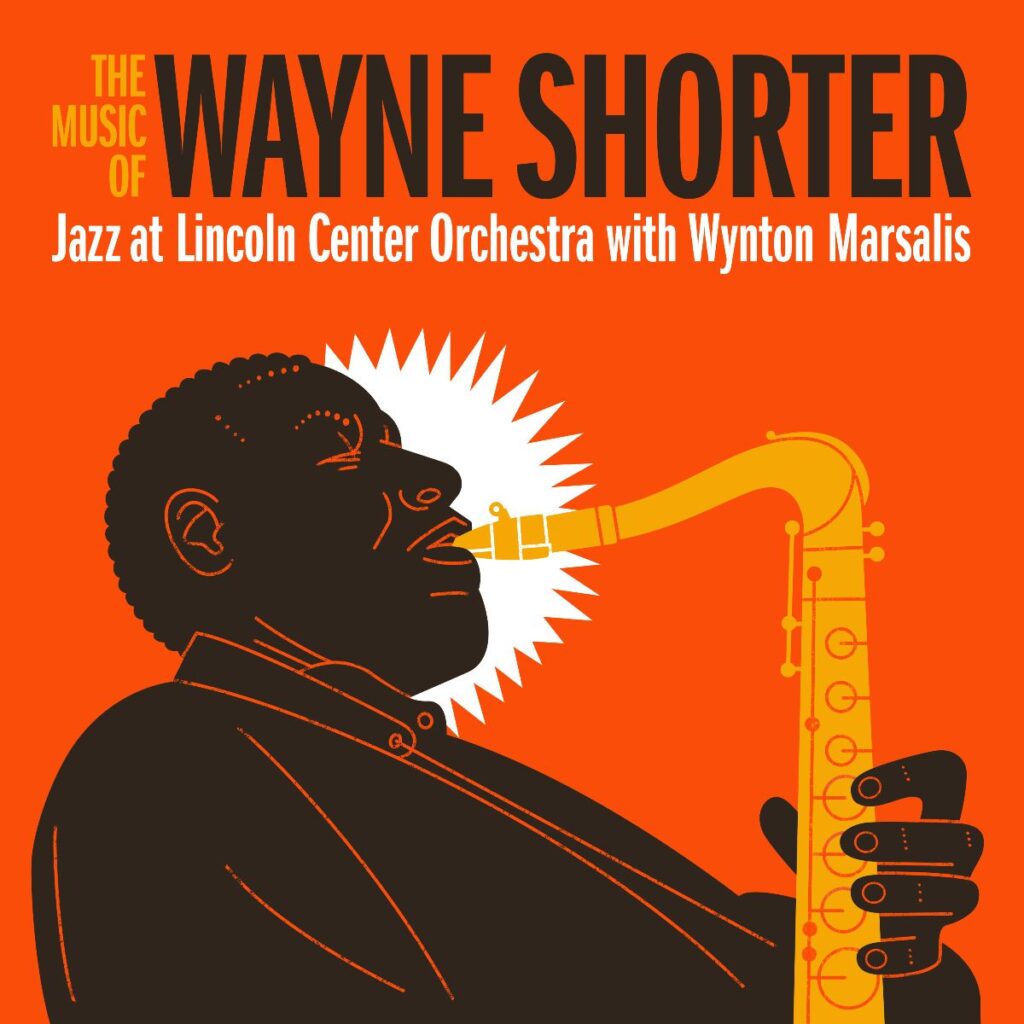 Sharon Van Etten and Norah Jones Performing Together on Stephen Colbert: Singer/songwriter Sharon Van Etten performed a version of her song “Seventeen” alongside Norah Jones. The two artists, who are also real-life friends, traded vocals on an episode of The Late Show with Stephen Colbert from earlier this week, with Van Etten also playing acoustic guitar and Jones on keys. Jones dropped a collection of singles earlier this year titled Begin Again.

Igor Butman Announces 2020 Winter Tour of U.S.: Internationally acclaimed Russian saxophonist/bandleader/producer Igor Butman will travel to the U.S. for a five-city tour of some of the country’s most celebrated jazz institutions this winter. The tour will kick off with four nights at New York’s iconic Blue Note Jazz Club from January 20 to February 2. This four-night stint will feature his Moscow Jazz Orchestra and celebrate this 16-piece ensemble’s 20th anniversary. Other dates of the tour will feature Butman’s smaller outfit – the Igor Butman Quintet.

Branford Marsalis to Ring in the New Year at Terrace Theater: Saxophonist/bandleader Branford Marsalis returns to the Kennedy Center’s Terrace Theater in Washington, D.C., to play a special New Year’s Eve show on December 31. The 16-time Grammy Award nominee will be performing with his quartet featuring pianist Joey Calderazzo, bassist Eric Revis and drummer Justin Faulkner. The quartet released a new album, The Secret Between the Shadow and the Soul, earlier this year.

Kendra Shank to Celebrate Abbey Lincoln at NYC Winter Jazzfest: Vocalist Kendra Shank is set to pay tribute to her friend and mentor Abbey Lincoln on January 10 at New York’s Zinc Bar as part of the NYC Winter Jazzfest. Shank will be performing a program of songs composed by the legendary singer, songwriter, actress, poet, civil rights activist and NEA Jazz Master. “Abbey’s songs celebrate the human spirit and address social issues that are relevant to our times, ” says Shank, “I’m honored to celebrate her legacy and 90th birth-year at Winter Jazzfest.” The vocalist released an LP celebrating Lincoln’s legacy in 2006 titled A Free Spirit: An Abbey Lincoln Songbook.

Istanbul Jazz Festival Highlights the Best of Turkish Jazz of the 2010s: The Istanbul Jazz Festival has created a new Spotify playlist celebrating a decade of Turkish jazz. The 100-piece list is titled “Jazz from Turkey: 2010s” and features 96 different artists and ensembles. It was compiled by the festival with assistance from various professionals working in or around the jazz industry – including journalists, critics, radio hosts, record labels and festival directors. The most recommended tracks were “Low Profile” by Ercüment Orkut (2015) and “Burning Circles” by the Çağrı Sertel Trio (2010).

Rigas Ritmi to Celebrate 20th-Anniversary: The 20th-anniversary edition of Rigas Ritmi – the festival of improvisation, jazz and world music held annually in Riga, Latvia – is set to take place on July 1-4. Cuban music maestro Roberto Fonseca, world music supergroup Bokanté and Quincy Jones-protegé, singer Clark Beckham, are among the acts that will take to the stage for this landmark edition of the festival. Also scheduled to perform, Swedish vocalist Liselotte Östblom, winner of the Riga Jazz Stage 2019.

Far Out Recordings has released Milton Nascimento’s Maria Maria, a soundtrack he wrote to a ballet exploring the legacy of slavery in his home country of Brazil, on vinyl for the very first time. Nascimento, one of Brazil’s most celebrated songwriters, recorded the album in 1974 with an all-star cast featuring Nana Vasconcelos and Joao Donato, among others. Yet, the album remained unreleased for almost thirty years, when it was finally released as part of a double CD set alongside Nascimento’s ballet soundtrack follow-up, 1984’s Ultimo Tren – which will also be released on vinyl by Far Out in early 2020.

Not Far from Here is the new album by award-winning Julia Hülsmann, released via ECM. This is the debut album with her new quartet, which brings together her long-time working trio with bassist Marc Muellbauer and drummer Heinrich Köbberling, and Berlin-based saxophonist Uli Kempendorff. Each member contributes original compositions to the album, with Hülsmann herself penning five new pieces. Also featured in Not Far from Here are two versions of “This Is Not America,” penned by David Bowie, Pat Metheny and Lyle Mays in 1980, presented here in a quartet version and conclusive piano solo variation.

Craft released a deluxe 5xLP set of Chet Baker in his centenary year. The set is titled The Legendary Riverside Albums and features the trumpeter/vocalist’s output for the renowned jazz label that was recorded and released between 1958 and 1989, including a bonus disc of select outtakes and alternates. These recordings include such legends as Bill Evans, Johnny Griffin and Kenny Burrell, and were cut from original master tapes by Kevin Gray at Coherent Audio.