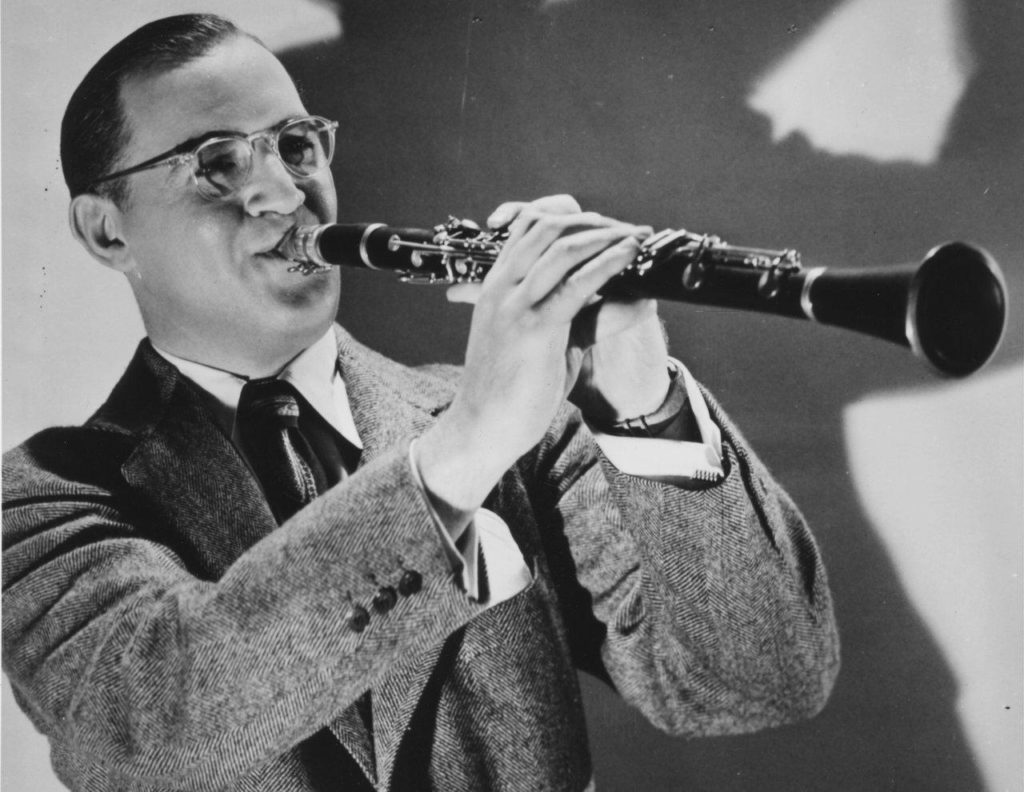 Clarinetist and bandleader Benny Goodman was born on this day (May 30) in Chicago, Illinois, in 1909. A seminal figure in American big band music, Goodman was considered a pop star in his day and can be credited with helping to popularize jazz music during the 1930s and ’40s. Just how beloved was he? In 1938, he became the first jazz artist to perform at Carnegie Hall, and tickets for the show sold out almost instantly. That’s a milestone in and of itself, but the concert will forever be remembered for the debut of a new composition by Goodman called “Sing, Sing, Sing (with a Swing)” that prominently featured the band’s drummer, Gene Krupa. Upbeat, exotic and wildly swinging, the tune has become Goodman’s most enduring hit and one of the most recognizable jazz tunes of all time.