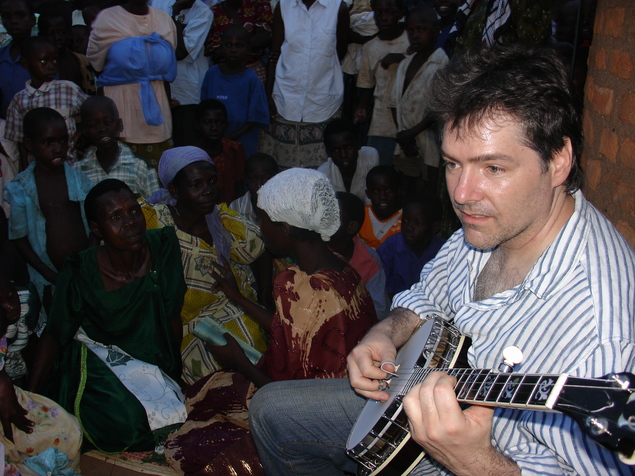 Béla Fleck to Release Deluxe Edition of Acclaimed Throw Down Your Heart: Béla Fleck is releasing a deluxe film-and-music edition of his critically acclaimed 2009 album and documentary, Throw Down Your Heart, on March 27 via Craft Recordings. The project documented Fleck’s travels through Africa to discover the origins of his instrument of choice – the banjo. The new 3xCD/1xDVD set comes with a wealth of bonus and new material, and with an unreleased duo album, The Ripple Effect, featuring kora master Toumani Diabaté. The Ripple Effect will also be available as a standalone 2xLP set.

Ibrahim Ferrer’s Buenos Hermanos Special Edition Reissue Coming Soon: The newly-relaunched World Circuit Records will release a new special edition reissue of original Buena Vista Social Club vocalist Ibrahim Ferrer’s Buenos Hermanos, originally released in 2003. This special edition reissue – out on February 28 on digital, CD and vinyl – was remixed and remastered by producer Ry Cooder and presents four previously unheard tracks from the album’s original recording sessions. Buenos Hermanos was hailed at the time of its original release for its varied repertoire and taking traditional Cuban music into the 21st century. It also strengthened Ferrer’s reputation as an international star and one of the most globally famous vocal interpreters of the Cuban music tradition of all time.

Avishai Cohen to Release Debut Album of New Homegrown Band: Trumpeter Avishai Cohen is set to release the eponymous studio album debut of his band, Big Vicious, which he formed six years ago, after relocating from the U.S. to his native Israel. While the band comes from a jazz background, Big Vicious is enriched by textures from electronica, ambient music and psychedelia, as well as grooves and beats from rock, pop, trip-hop and more. Big Vicious will be released on March 27 via ECM and is produced by label-head Manfred Eicher.

Roy Hargrove Estate Launches Firm to Manage Late Musician’s Recordings: The estate of late Grammy-winning artist Roy Hargrove has established Hargrove Legacy LLC to manage the late musician’s rights, recordings and other properties affiliated with the acclaimed jazz trumpeter. Hargrove, an acclaimed artist who championed genre-crossing collaborations, died in 2018, aged 49. Aida Brandes-Hargrove and Kamala Hargrove, Hargrove’s widow and daughter, are the heirs to his estate. “Kamala and I are excited about our new company,” stated Brandes-Hargrove, the estate’s administrator. “We look forward to keeping Roy’s music alive and sharing it with his present and future fans.” 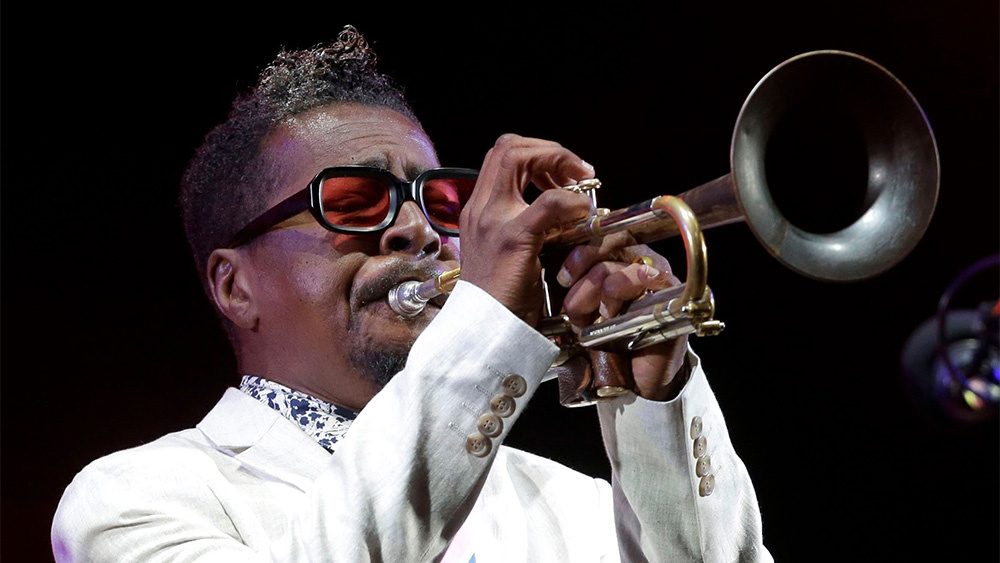 Rafiq Bhatia Shares Surrealist Video for His Version of Ellington Classic: Musician/producer Rafiq Bhatia implements dreamlike and sometimes volatile electronic techniques to transform cornerstone works by such greats as Duke Ellington and Ornette Coleman on his immersive 4-song EP, Standards Vol. 1, out today. To mark the record’s release, Bhatia has also shared the surreal new video for his unique interpretation of Ellington’s “In a Sentimental Mood,” originally composed in 1935. The video is directed by Michael Cina and John Klukas.

The Necks Announce New Album: Australian experimental jazz giants The Necks have announced the March 27 release of their 21st album, Three, which will be released in North America via Northern Spy. The album features the trio made up of pianist Chris Abrahams, bassist Lloyd Swanton and drummer/percussionist Tony Buck on three extended tracks, each one a distinct statement of their singular musical path. 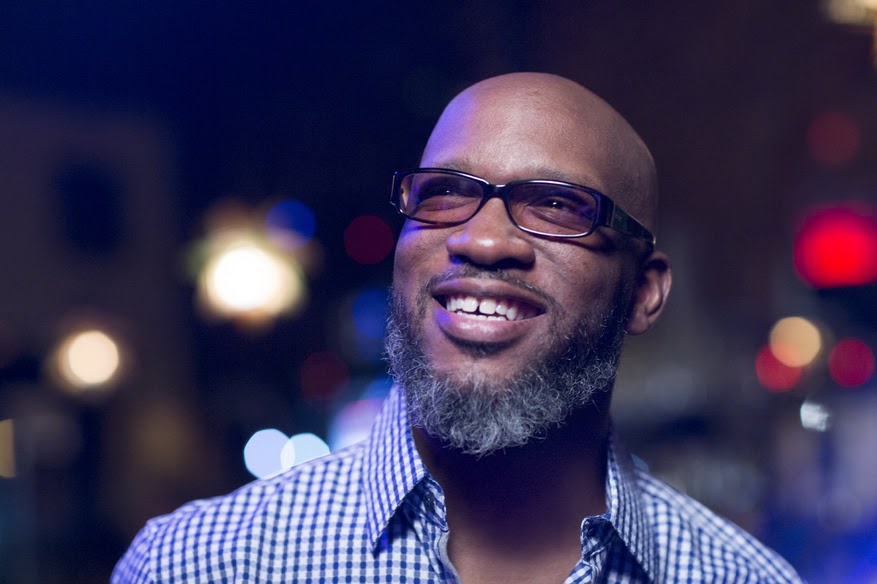 The Soul Rebels Announce Poetry In Motion Tour Dates: Explosive, New Orleans based brass ensemble The Soul Rebels have announced a new tour in support of their latest album, Poetry in Motion, released in October 2019. The tour will include two Brooklyn Bowl dates (March 13-14). The Soul Rebels are also scheduled to perform at this year’s New Orleans Jazz Fest with acclaimed hip-hop group Wu Tang Clan, and have shared a brand new animated lyric video for their single “Greatness,” tapped by ESPN as the official soundtrack for the 2019-20 college basketball season. To find out more about The Soul Rebels’ upcoming tour dates, visit them online.

Freihofer’s Saratoga Jazz Festival Announces 2020 Lineup: Freihofer’s Saratoga Jazz Festival was founded in 1978 by jazz impresario George Wein and is the fifth consecutive-running jazz festival in North America. This year’s edition will take place at the Saratoga Performing Arts Center in Saratoga Springs, New York, on June 27-28. It will feature a roster of 24 musical groups, including Nile Rodgers and Chic, Kool & The Gang, Cassandra Wilson and Taj Mahal, among others. “This June we will bring together funk, soul, R&B and classic jazz for a two-day party unlike anything this iconic festival has ever seen,” says Elizabeth Sobol, President and CEO of Saratoga Performing Arts Center via a press release.

Female Focus at Leuven Jazz: The 8th edition of Leuven Jazz will take place all throughout Leuven, Belgium, on March 19-29. This edition will have a strong female focus, showcasing the female power of modern jazz. Headliners include Kandace Springs, An Pierlé Quartet, Laura Jurd and ‘She’s On The Jazz’ by Isolde & Friends. Jason Moran, Femi Kuti and Elliot Galin are just some of the other great artists scheduled to perform at this year’s festival.

Speaking Sounds is a duo album documenting a spellbinding conversation between two of the most revered figures in European jazz: German piano great Joachim Kühn and Polish violinist Mateusz Smoczyński. Informed and enriched by a wide range of influences – from European classical music genius Johann Sebastian Bach to Arab jazz pioneer Rabih Abou-Khalil – this is a focused, energetic and sophisticated work that extends well beyond the known conventions of the chamber jazz genre.

Joey Alexander makes his Verve debut with Warna, the latest chapter documenting the piano prodigy’s musical maturation. The new LP is a collection of reflective and moving new original material, featuring Alexander with his all star-trio, made up of bassist Larry Grenadier and drummer Kendrick Scott, plus guest appearances by percussionist Luisito Quintero and flutist Anne Drummond on select tracks.

In 2015, saxophone great Wayne Shorter joined the Jazz at Lincoln Center Orchestra with Wynton Marsalis on stage for three nights to perform new arrangements of some of his compositions from his legendary career. Highlights from these nights are collected on The Music of Wayne Shorter, including new versions of “Yes or No,” “Contemplation” and “Endangered Species,” among others.