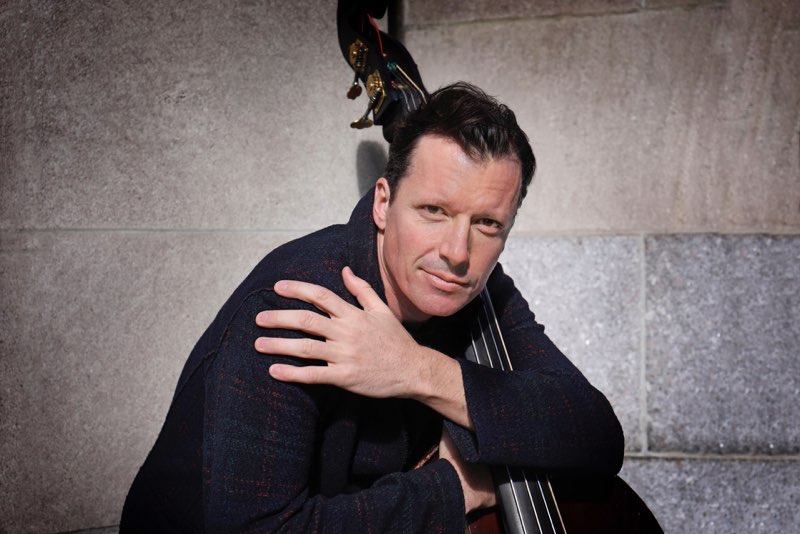 New Zealand-born bassist Matt Penman brings a refreshingly melodic element to his instrument, which is one of the reasons why he has become so popular among jazz fans and practitioners alike. A graduate of the Berklee College of music, Penman has served as a member of both the SFJAZZ Collective and Nils Wogram’s Root 70, two of the most progressive mid-size acoustic ensembles on the scene, and he was also a founding member of James Farm, the endlessly inventive modern jazz quartet featuring saxophonist Joshua Redman, pianist Aaron Parks and drummer Eric Harland.

Penman’s latest disc, Good Question (Sunnyside), is among the most inventive concept albums to emerge from the jazz world this year, featuring compositions framed as questions to the band’s individual members: Aaron Parks on piano, Obed Calvaire on drums, Mark Turner on tenor, Will Vinson on soprano, Nir Felder on guitar and Rogerio Boccato on percussion. The recordings represent the band’s answers to those questions. 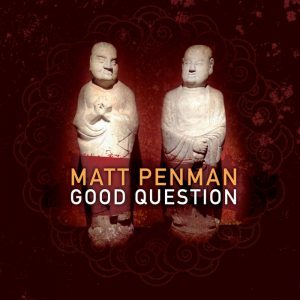 “The music on this recording is a series of musical questions I posed to my bandmates over two days, that I might get their input on a range of subjects that interest me,” said Penman on his website. “Much like having prescribed topics for conversation, I wrote these tunes in the hope of starting a dialogue that could provoke reactions, new angles and corollaries that were unforeseen, yet welcome.”

The music on the album is challenging yet engaging, dense yet entertaining. Ultimately, it’s a highly musical statement that positively vibrates with creativity from beginning to end. Listening to this album feels as thrilling as it must have been to record it.

JAZZIZ spoke with Matt Penman shortly after the album was released in June. We posed our own “good questions” to the bassist, who responded via email. Below are his responses.

Tell us about how the concept for Good Questions took shape. When was the seed for the idea first planted?

Well, it was more of a way of thinking about what a jazz composition is, and what is the thing that you’re really asking people to do when you present them with one, or several of them. Like with any piece of music, you’re asking them to form a relationship with the piece, and ideally play it like they wrote it themselves. But in this case, it goes a step further, and you’re actually asking that they contribute to the composition itself, in real time; so by providing a vehicle for improvisation, you’ve invited them to collaborate in the compositional process.

I say this because the end result is not the tune you wrote, but the entire performance, with whatever solos, caprices and unplanned magic that transpired, upstaging (hopefully) whatever it is you brought in to the musicians. On your favorite albums you’re singing the solos more than the melodies at the beginning and end, and I always found it illuminating (not to mention endearing) that people who had a few great jazz albums but no real idea about how the music worked would often think these beautiful, majestic and memorable solos were part of the tune itself. Why not think about it that way?

Let’s unpack this notion of posing musical questions to your bandmates. How exactly did you work this strategy into your composing process?

I believe we’re constantly being asked to solve mini riddles, and the mysteries of our existence in flux. This is the examined life, and our realities are constantly changing with the state of the world and the flow of people in and out of our orbit. Much of the time we have no real answer, which is when you just say “good question”.

The process of improvising is a long string of “What nows”.  “What will my bandmates play?,” “What will I play?,” and “How will it sound?” It’s a flow of question, answer and tiny decisions on a particular terrain. On my album, I get to decide and present the terrain, but everyone finds their way according to their own compass.

How do you conceptualize “dialogue” in jazz? What do you consider successful conversation?

I’ve always wanted to play with only the most empathetic and deeply listening musicians, and I love when the conversation ball is being bounced around between everyone. There is more than one interlocutor talking at the same time in jazz, so you can have different levels of interaction and different lines of communication on the conference call. I would consider successful musical conversation to be where everyone feels like they’re being heard, much like in the verbal variety.

All the tunes have their own challenges. On “Ride the Paper Tiger” we had to figure out how to make effective a tune that starts off with a roar and then gradually reduces in intensity, this being the opposite of your average tune’s trajectory. On “Small Famous” the tricky thing was to make it sound lyrical despite the frequent meter changes; basically we were trying to disguise any difficulty in the song and let melody lead at all times. For “Cave Life” we had so many ways the drum part could fit in with the ostinato that it was hard to choose a direction. This is great, though, because you can play it differently every time, and the repeated figure acts as a click track which is both restrictive and freeing.

The song “Mr. Right” deals with a common theme in improvised music: the friction between freedom (via personal expression) and form (via song structure). How did you think about reconciling these two concepts?

“Mr. Right” is a closed form and I really like it like that. The tune as a whole has a certain integrity and feel that is more informed by the pop music I’ve checked out. I love a well-constructed song and tunes like these can vary a program nicely in conjunction with other more open-ended things. Freedom is a relative term, right? No one is free from a temporal perspective because we’re all here for a finite period, so having a limited solo form is nothing more than an acknowledgment of that. You have to do your best with the time you’re given!

“Copeland” is designed to sound like a musical safe space. Can you describe, in sonic terms, how the band was able to generate such a safe space?

This song is calm, and soothing; a balm for use after some of the pointier parts of the album. It’s basically an invitation to explore one tonality, which is in fact a bi-tonality, and rest there a bit. The main key center of F major is like a cross-legged yoga pose where you just focus on your breath and internal organs, and the higher D tonality lets you levitate a bit, get high and float above your worldly cares. The album is subtly complex rhythmically and takes a few harmonic twists and turns, so it’s nice to inhabit the world of 4/4 for a while. Close those news feeds and try it as an outrage mitigator. Guaranteed to bring you to your resting pulse in 20 seconds….

There’s a quote on your website about how “there might not be any answers to [your] queries at all.” To what extent do you feel like you’re questions have been answered? What has been left unanswered?

Oh, I think there’s no doubt that the questions remain open-ended. All the “answers” are nothing more than well-informed opinions, and “truth” is elusive. Even answers in science are only good until the better ones come along. So we’ll keep playing and writing and giving you our point of view. Hopefully, it moves you in some way.

To learn more about Matt Penman, visit the bassist’s website. To order a copy of Good Questions, visit the Sunnyside website.