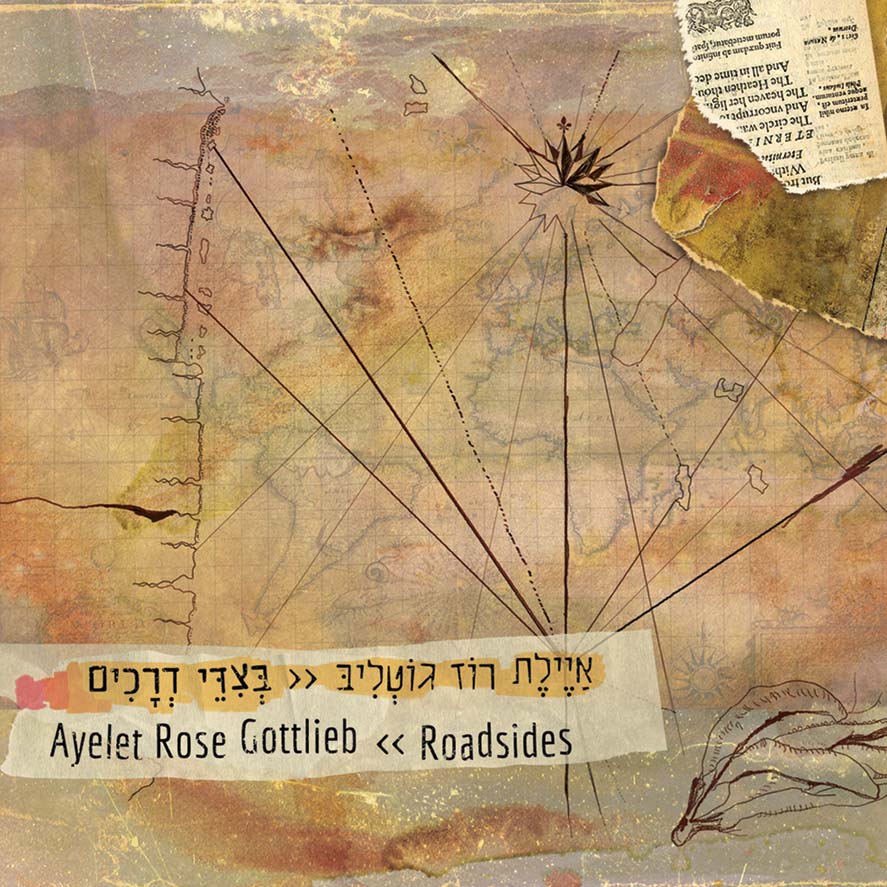 Two titles from Jerusalem-born singer Ayelet Rose Gottlieb’s new album — “Bridge” and “The World in Translation” — could stand for the whole. On both cuts, her music spans an array of cultural and musical ground: Middle Eastern folk, American jazz, European cabaret, Israeli and Palestinian poetry (all of which is sung in Hebrew, with English translations provided in the CD booklet). And Gottlieb is one of those singers — like Rokia Traore or Nusrat Fateh Ali Khan — whose voice can convey great power and soul, even when singing in a language unfamiliar to listeners.

The entirety of Roadsides has a cosmopolitan feel. So, despite the hint of “Arabic” minor modes, the dream and drift of a piece like “Clarity” — with its rubato piano introduction (by Anat Fort), soft hand percussion, mournful bowed strings, spacious electric-guitar solo, and lullaby vocal rhythms and melody — could just as easily have emanated from Paris or New York. The recurring piano-and-voice melody of “The World in Translation” suggests the African folk of the Benin-born jazz guitarist Lionel Loueke — until the piece goes elsewhere, with an oud-piano-voice interlude and fresh rhythms and textures.

The superb variety and sequencing of the album prepare you for anything Gottlieb throws at you — like “Love Song with a Ceiling-Fan,” during which the fan clanks and whirs, and guest vocalist Alon Oleartchik growls like Leonard Cohen on a particularly froggy morning to Gottlieb’s light upper-register girlish teasing before the two come together in a slow blues, bridging their differences. (Oleartchik is also the comic-romantic foil of “At the Supermarket.”) “A Woman’s Song,” on the other hand, drives on a hard groove of electric guitar and drums, which amounts to a surprising update of a traditional Hebrew blessing (by the Israeli poet Esther Raab). Throughout, Gottlieb matches a warm voice and vocal control with a singular compositional style. She reaches far and wide, but the music is all of a piece. — Jon Garelick