Given the economics, few jazz musicians can survive in one band without freelancing. In the age-old tradition, a leader gets the gigs via name recognition, and sidemen rotate through depending upon how steadily the leader works. The more he or she works, the steadier the sidemen and the greater the possibility they’ll become leaders. 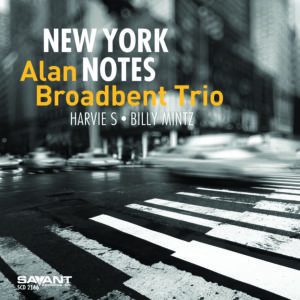 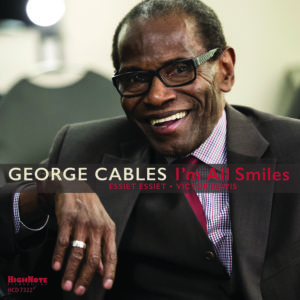 Following stints with Art Blakey’s Jazz Messengers, Joe Henderson and Art Pepper, among many others, George Cables has been recording as a leader since 1975. A piano-trio album, I’m All Smiles is the pianist’s latest offering on the HighNote label. That Cables recently suffered an above-the-knee amputation seems to have had no bearing on his musical prowess. Unlike most contemporaneous pianists, whose styles emphasize Bud Powell’s horn-like, linear right hand, Cables has found his niche with predetermined, unison, left-hand counter-melodies, played here with bassist Essiet Essiet. Along with standards such as “Young at Heart,” and “Monk’s Mood,” Cables also explores tunes not necessarily associated with piano trio. For instance, he beautifully maneuvers with Essiet and drummer Victor Lewis through Jaco Pastorius’ “Three Views of a Secret,” squeezing every bit of melancholia from the harmonically sophisticated song. 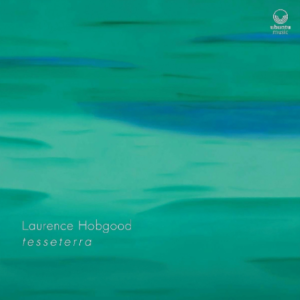 The title of Laurence Hobgood’s Tesseterra (Ubuntu) is derived from Italian and Latin words denoting the “sonic fabric of the world.” That Hobgood’s lyrical piano playing has been in demand by vocalists Eden Atwood and Kurt Elling, with whom he long served as musical director, is not surprising. Here he combines his liquid trio of bassist Matthew Clohesy and drummer Jared Schonig with the classical ETHEL string quartet for an interesting set of genre-bending tunes. Sting, Hoagy Carmichael, Paul McCartney, Crosby Stills and Nash, and Chopin all receive studious treatment from an amazingly sensitive jazz trio resonating within the confines of a harmonically oblique string section. Hobgood’s cerebral approach to writing is admirable, his vision exemplary. But rendering pop tunes with two or three minutes of a harmonically unrelated string quartet’s saw-like bowing does little to enhance the music at hand. Yet, when Hobgood’s trio enters (backed more adaptationally by the strings), the tension dissolves and excessive dissonance becomes consonance. 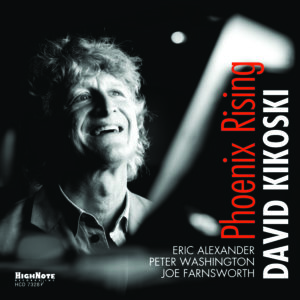 Phoenix Rising (HighNote), David Kikoski’s latest quartet venture, alludes to the Firebird’s — and the pianist’s — “reemergence and continual development.” Indeed, Kikoski has come a long way, honing his skills on stages with Roy Haynes, Randy Brecker, Dave Holland and John Scofield, among many others. Uptempo and modal by design, the album’s opening title track is arguably the best track here; tenor saxophonist Eric Alexander plays Coltrane to Kikoski’s McCoy Tyner with driving support from bassist Peter Washington and drummer Joe Farnsworth. A blues-with-a-bridge by Alexander (“Kik It”), a pop ballad (“Wichita Lineman”) and six swinging or Latin-tinged standards follow in a set that can be heard any night of the week in the clubs of New York. Kikoski and crew present a blowing session the likes of which many jazz fans cannot get enough. – James Rozzi